a guest blog by Marijane Fasana

In elementary school, during standardized testing I never knew which box to check for “Race/Ethnicity”. I used to sit at my desk with the cardboard poster surrounding me to prevent cheating and think of the tamales we made at Christmas and the pale skin of my father and sister. Picking only one felt like a betrayal to my mother or father.

In junior high, a classmate said “You’re not a real Mexican. You don’t even speak Spanish.”

I can vividly remember my blood boiling at his foolish words. Never in my young life had I wanted to fight someone until that day.

In high school, I went to Mexico a few times with my church and felt ashamed when I was told, “These are your people and you can’t even communicate with them.”

I came to Biola, and never felt more brown in my life.

My mixed genetics make for a face that people look over like a puzzle. My entire life people have asked me, “What are you?” as they peer and wonder and guess. My response has always been the same:

“Half Mexican, Half White”, I’d occasionally elaborate, but only if the person was interested. Even though I knew in the back of my mind that I wasn’t just split down the middle, it was easy to talk as if that was the case.

In a sociology class my freshman year, my professor asked us to write down all our ethnic backgrounds on a piece of paper and then write what we most identified with. During this class I realized with certainty that even though I’m half white, I feel more Mexican. Two years later, just before my junior year, I had my DNA tested. Weeks later, the results came back and I sat in my summer dorm room alone and read over them. I saw what I expected; ancestors from the past few hundred years concentrated on the California coast and Northwest Mexico and ancestors farther back from all over Europe, mainly in the Iberian Peninsula. The shocking part wasn’t what was there but how much of each was there. My largest ethnic percentage is Iberian Peninsula. 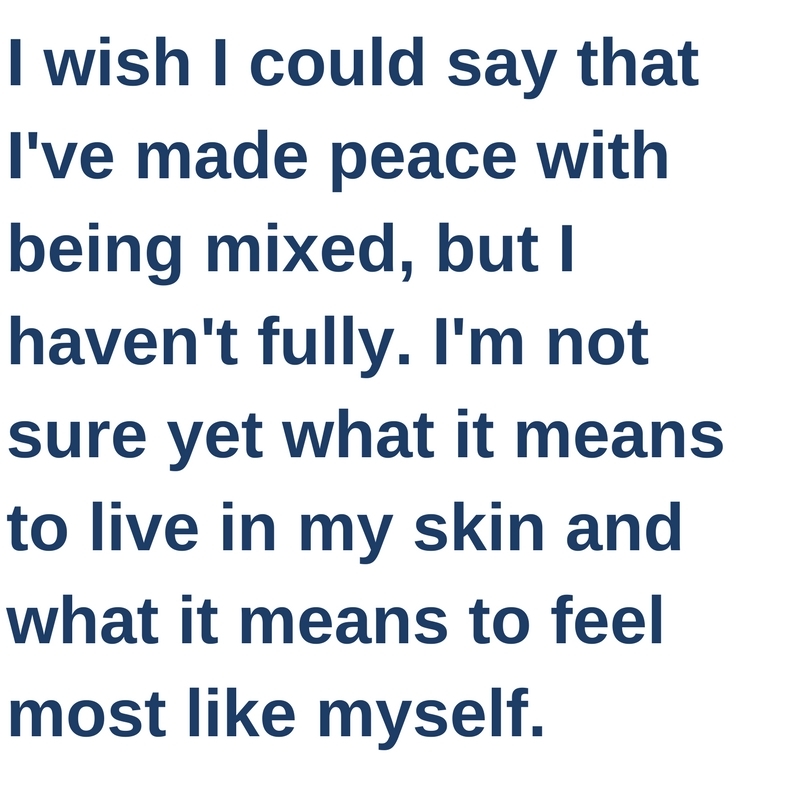 Looking back on it now, I’m surprised at the lack of reaction I had. I might’ve expected to feel the ground underneath me shaking since everything I felt, spoken, knew was wrong, but I didn’t. I just felt confused. The uncertainty and frustration settled in slowly over the course of the next few months. I continued my life as usual, but then I would remember suddenly and with no warning. When I would say, “Half white, Half Mexican” I would feel like a liar. I began to question if a DNA test mattered. Did my identity have to match the evidence? Is my identity in percentages on a map? I’ve grappled with this question for a while and it’s been difficult. When looking at the numbers on the screen it was hard to say “But, I feel more Mexican”. I felt like I was fighting logic and fact. But feeling more closely tied to a culture is real and powerful, and it’s not right or fair to deny it. I’ve realized that part of the problem lies in my own way of seeing myself — “Half Mexican, half white”.

What is white? Where are white people from? How do I feel “white”? There is no singular country or culture that “white people” can trace their roots back to. But somehow I’ve allowed this blanket word to be half of who I am. I’ve said it’s half of me and it doesn’t even feel like me. Underneath “white” is an always changing, subjective, external idea that has nothing to do with my ancestors and where they came from. Underneath “white” is my great-grandfather born in Italy, my great-grandmother born in Portugal, and family from Ireland and Scotland. God made places and people, and there is beauty in all cultures and skins, I just have to explore my own.

I wish I could say that I've made peace with being mixed, but I haven't fully. I'm not sure yet what it means to live in my skin and what it means to feel most like myself. What the DNA test showed me is the places on the map that my family comes from. What it didn’t show me is how to live my life and how to identify. I can make tamales with the women in my family come Christmas time and feel at home. And when I see the pale skin of my stomach, I’ll still feel at home.

Marijane is an English/Writing major (Biola, '19) who spends a lot of free time being sentimental and planning her future. She’s forever hoping for cloudy days and waiting for sunset. She loves music, writing, crying over movies, finding beauty everywhere, and making people laugh. 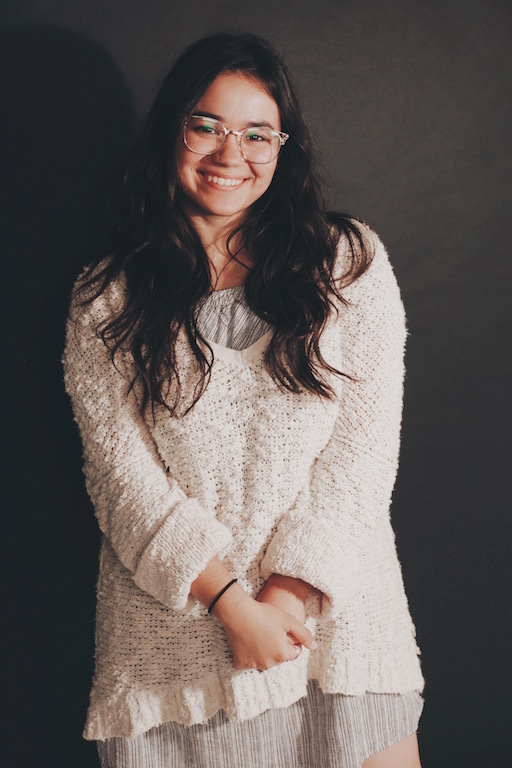 Marijane (‘19) is an English/Writing major from Azusa, California. She can be found in the library and in the classroom, helping people to be their best writer. She loves music that makes her feel things, crying over movies, finding beauty everywhere and making people laugh. And also pugs.

A 25-Year Heritage of SCORR

Sacrificing Your Wellness Isn’t the Answer