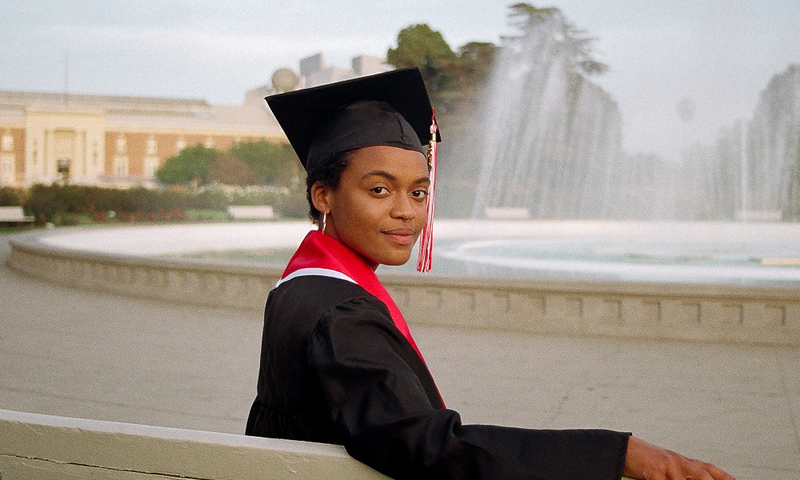 I have dreaded this day for as long as I have worked for GRIT. The day I would have to plop myself down in front of my computer and write my last word. It’s not that I’m having trouble coming to terms with the fact that I’m graduating—quite the contrary actually. I’ve been counting down the days ’til graduation since I was a sophomore. Rather, I’ve feared that I wouldn’t be able to conjure up something glittery or “inspirational” enough for you to read. I’ve feared that my last words might not be enough for you women to glean anything from—that my experience at Biola was far too niche for anyone to be able to relate to.

You see, I’ve never been what they might’ve called a “Biola Betty” back in the day. I don’t wear Birkenstocks or own a Hydroflask. I hate GYRAD’s. And if I’m being honest I’ve picked up a swear word or two in the past couple years. In so many ways, I often feel like an outsider on Biola’s campus. When I was an RA the boys on my staff would make fun of me for always insisting on opening doors for myself and carrying heavy furniture. And it wasn’t unusual for me to look around any given classroom I was in and notice that I was the only Black student there. Sometimes it felt like even the things I cared about were the wrong things. I went to protests instead of missions trips. In my screenwriting classes I wrote stories about racism instead of faith. I often felt like social justice was viewed as a “secular” cause, and racism as nonexistent.

My passions were continually questioned by other students, professors, and yes, at times even my parents. On top of it all, I decided in the middle of my junior year that I no longer wanted to pursue film, the area of study I would graduate with a degree in. Instead, I began to pursue writing, and eventually found GRIT (which I’ll get to later). Though, I felt confident in this new path I was taking, the switch only contributed to my perpetual feelings of outsiderness.

These whispers came to me in the form of girls huddled in circles outside Commons or on the infamous Metzger lawn, sharing stories, laughing and sometimes crying. We were all “outsiders” in our own ways—in our departments, on our floors, in our on-campus jobs. But somehow whenever we came together that outsiderness seemed to fade into oblivion. Our differences with the majority became the glue that bonded us. These differences birthed new projects such as Shotgun Magazine and even GRIT, allowing us to share our stories even more and find solidarity with others.

These whispers also came unexpectedly in the form professors in classrooms. Professors like Tom Crisp and Brad Christenson in Social Problems, and Nancy Yuen with her phenomenal tweets about race, class and gender. These whispers came in the form of women of color in leadership like Tamra Malone whose entire job is dedicated to making Biola a better place for students of color. Not to mention the voices of the amazing Lisa Igram and Sarah Schwartz who have allowed me to cry on their shoulders more times than I can count.

These voices reiterated the ways in which my beliefs, my passions and my convictions were just as biblical as that of the vast majority I felt so separated from. These people who think like me, look like me, and feel like me affirmed that my passions weren’t wrong, just different.

I don’t have a bullet point list of helpful tips for surviving Biola. I can’t promise you that it won’t be hard, because quite honestly, it probably will be. But I will leave you with this: When your faith seems to be hanging by a thread, find the people you see God in. And cling to them. Whether it be a professor or a friend, an RD or someone who works in spiritual development. When you find the people who remind you what God looks like, make the most of your time with them. Forget about GYRADs or what outfits are trendy on campus. Because when you finally walk across that stage at commencement, what really matters is who you’re going to be carrying with you.