From Doubt to Depth 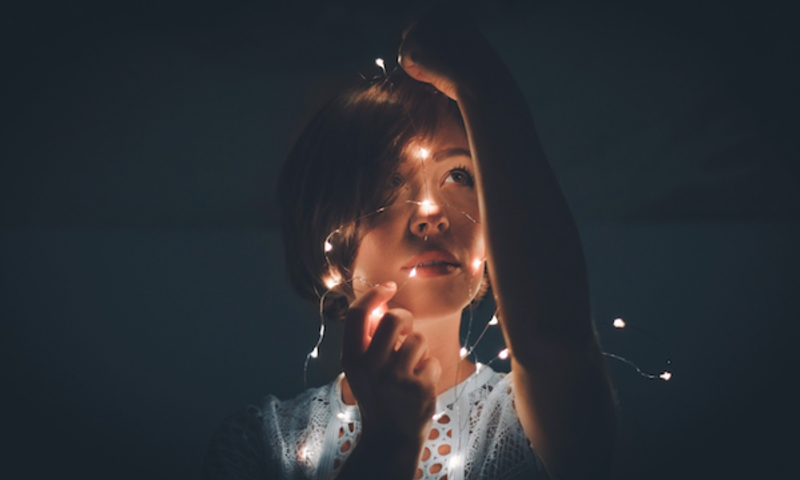 When I think of Leah Lu, the first word that comes to mind is "feelings." Not only because of the overwhelming amount of love I have for her, but because Leah has this unique ability of articulating her feelings in a way that feels utterly tangible. She is a writer, illustrator, and Instagram-queen who is not afraid of sharing herself in her work. Thankfully, when we asked her to share herself with GRIT she obliged. In this piece she expounds on her experience with doubt in her faith walk, in her amazingly tangible way. If you have or are experiencing doubt, this piece will give you some hope to latch on to. So, enjoy this read and keep it in your pocket--I know I sure am.

The infamous first sentence of most testimonies runs along the lines of, “I grew up in a Christian home,” or, “I grew up in the church.” Mine starts that way too. It’s something that I am thankful for and am lucky to have, as it’s shaped who I am and the hope that I hold. However, I’ve found that it’s been easy for me to become accustomed to the norm of what things should look like if they’re “Christian” – faith, relationships, worship, love, even womanhood, to name a few. It can become difficult to discern between a learned lifestyle and actions and a true, intimate relationship with Christ.

These evangelical contexts often emphasize and urge “vulnerability” and “authenticity”, yet retract in disgust, disapproval, and condemning dispositions when faced with honest confessions of sin and things marked as taboo in many Christian circles. I found myself suppressing the weight of my own spiritual apprehension for fear of being seen as “less Christian” -- whether they were struggles of body image, or career angst, or mere belief if God really exists. I was implored to just pray more or have more faith. And because I felt that I didn’t have a place to be real about my anger and doubt, I searched for it everywhere else. 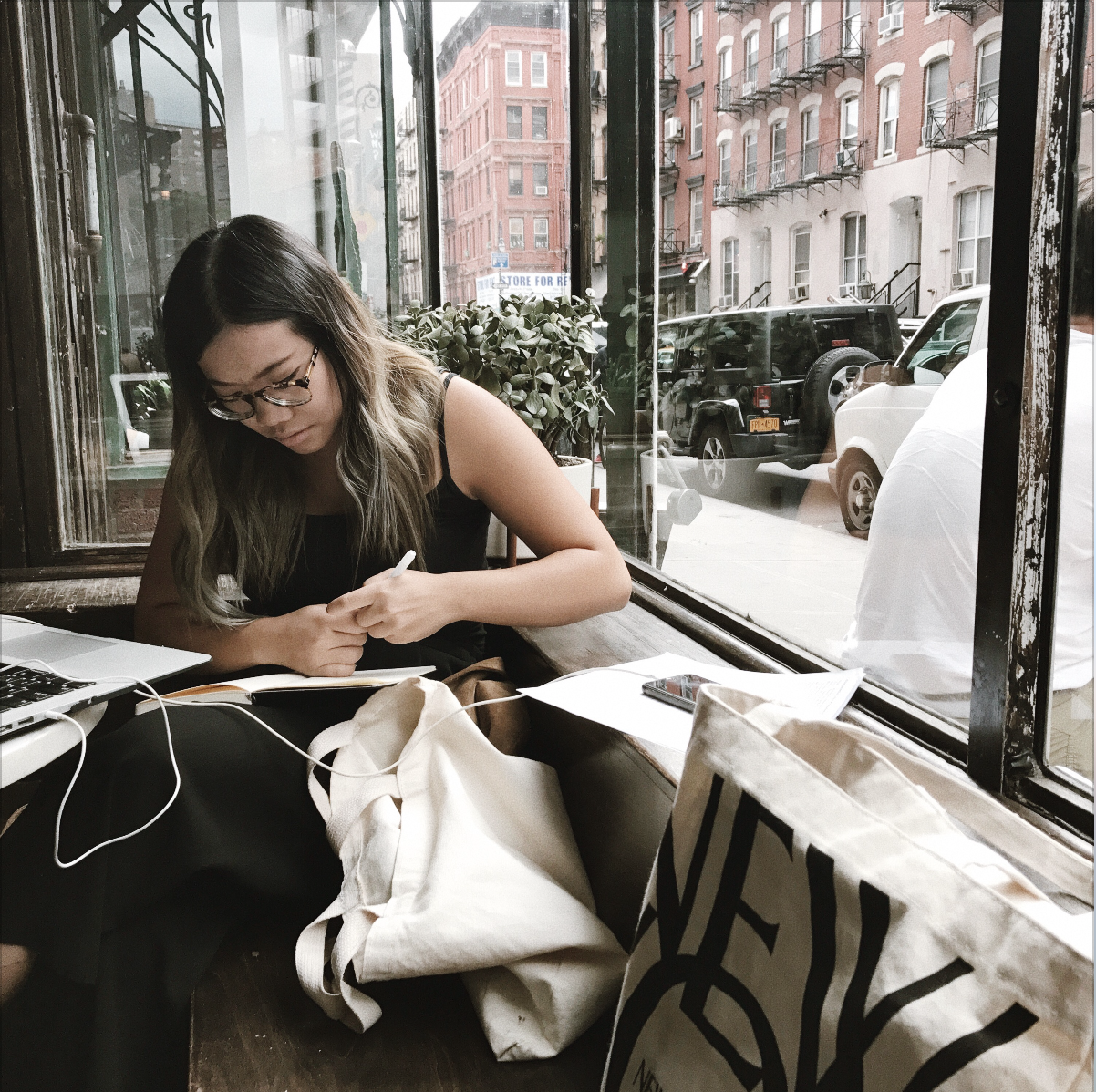 What I found, though, was that the beauty of God exists in everything. When we’re open to conversing and seeking relationships with people that hold different perspectives, experiences, and beliefs than we’ve been exposed to, we deepen our understanding of God’s diverse creation, spiritual gifts unique to individuals, and the various ways they can be played out – even if it doesn’t look like what we’re used to. Because only then will we have a deepened view of humanity, which leads to a deepened understanding of the human condition, which leads us, ultimately, to grapple the dichotomy (and likeness) of God and man.

Initially, these realizations and epiphanies may become manifested as cynicism and doubt towards God as well as the systematic structure and faults we find in our Christian communities. But doubt is not bad; in fact, it might even be considered to have to coexist with faith. Trial produces purpose. And the refiner’s fire and processes of sanctification and redemption are not smooth, undisturbed paths, but rather ones that consist of incessant learning, turning inward, reflection, and prayer. A lot of the time, sanctification doesn’t look like watering the plant that’s already there, but uprooting it completely and planting it in new soil. 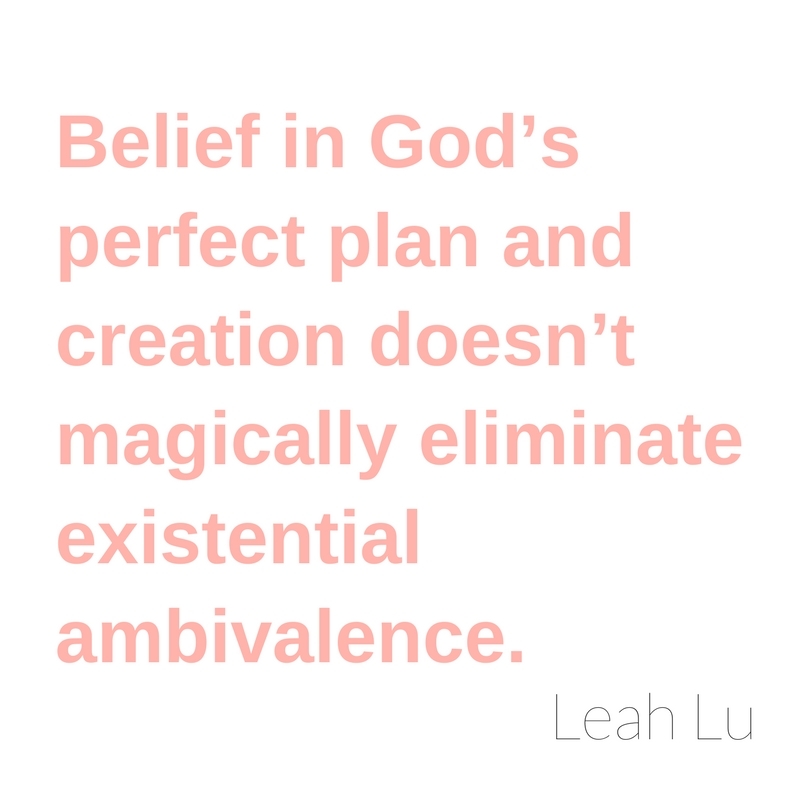 It’s okay, good even, to question and be angry at things even though you’ve met truth face-to-face. And it’s okay to go through long, dry seasons of it. It deepens and adds substance to belief.

And we shouldn’t be left to tread the path of spiritual dryness alone. The Church must be open to people whose baggage includes doubt, dread and despair. Jesus said, "It is not the healthy who need a doctor, but the sick. I have not come to call the righteous, but sinners (Mark 2:17 NIV).” The Church is a place for joyous gathering, but she must also be a sanctuary for those who are distressed. "The righteous cry out and the Lord hears them; he delivers them from all their troubles. The Lord is close to the broken-hearted and saves those who are crushed in spirit. The righteous person may have many troubles, but the Lord delivers him from them all." (Psalm 34:17-19)

We need to stop trying to appear to others like we are thriving, flourishing, faith-filled Christians and start being honest about our fears and frustrations and hashing them out with God himself: the One who formed us to be complex, curious beings with minds capable of asking questions.

It’s okay to wrestle with God. It shows that we are still fighting to know Him more. That we are ever-searching for clarity and truth instead of bathing in apathy disguised as holiness. It leads to an unburdening of the pressure to perform a certain way for the sole reason of maintaining and identity, and gives way to the freedom of finding your worth and foundation in Jesus.