We Need to Go Back to Church 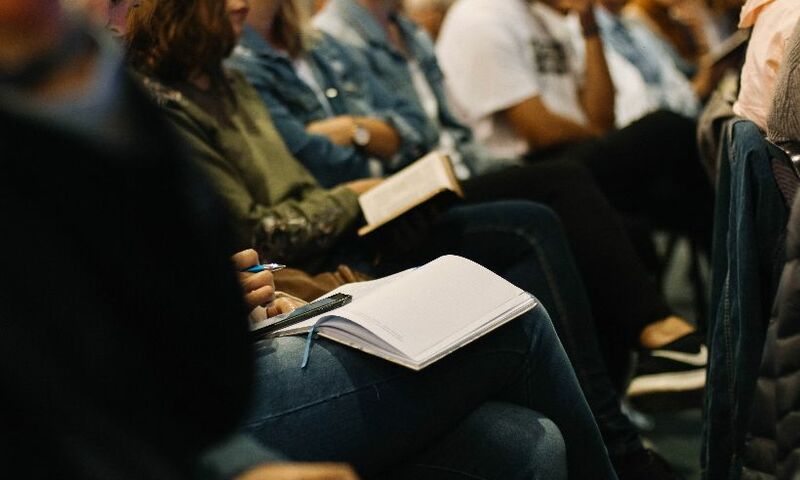 Years ago, a friend gave a provocative talk in a seminary chapel on “Why I Stopped Going to Church.” His point was that church is something we are, as believers in Jesus, not a place we go once or twice a week. It was an important corrective at a time when church attendance was the norm for believers and often mistaken for the fullness of following Jesus.

It’s increasingly clear, however, that we no longer live in such a time. In 2011, 43% of Americans indicated that they attend church every week. By February of 2020 (before Covid restrictions), that number had shrunk to 29%. The pandemic accelerated this trend. Since churches have opened back up, only three-quarters of previously regular church attendees have returned. Among Southern Baptists, weekly attendance dropped 18.75% between 2020 and 2021.

Dwindling church attendance does not diminish my friend’s point: Church is indeed more than a place we go. But it’s not less than meeting together regularly. At this point, simply going back to church is an important step toward being who we need to be as God’s people.

Getting Used to Not Going to Church

I “get” not wanting to go back. I’m an introvert; I actually like being alone. “Going” to group activities, including church, has always been a stretch for me. I confess that I secretly (sometimes not so secretly) welcomed the initial pandemic restrictions. Sundays suddenly became much easier, even “spiritually” — the time saved by not getting ready and traveling to church meant I had more opportunity for personal Bible study and devotional reading. And since the service was recorded, I could watch it online at any time during the week. Or not.

Not going to church quickly became a comfortable habit. So when restrictions began to ease, returning was a struggle. I did it out of obedience, recognizing the clear Scriptural teaching that I need to be around God’s people whether I feel like it or not. But in the months since I started back to church, rekindling relationships with the brothers and sisters there, my reluctant biblical conviction has become a foundational commitment. Rubbing shoulders with God’s people is softening my heart and expanding my soul. I didn’t realize how contracted and shriveled I’d grown in isolation. Like the Velveteen Rabbit, I sense myself becoming more “real” through tangible interaction with God’s people.

I know I’m not alone — both in struggling with going to church and in needing it desperately.

To be clear: when I say we need to go back to church, I’m not taking sides in current debates over whether churches should continue to stream their services as well as meet in person. Obviously, some people can’t go back to in-person church at this point — those who are physically or medically isolated and those who are still highly vulnerable to Covid or other infections. It’s a problem for others, as well. I have another friend who faithfully ministers online to hundreds of spiritually wounded individuals who are estranged from the flesh and blood churches in their communities. For them, online worship and interaction is a lifeline back to faith in Christ.

But (let’s face it): most of us and our families and friends who struggle with going back to church don’t fall into those categories. We need to go back to church. Does it need to be in person? Yes. God made us embodied creatures, who connect with each other in irreducibly embodied ways. Virtual reality is only that: virtual. It’s an illusion to suppose that streaming and Zoomed interactions, as helpful as they can be, are as relationally meaningful as being in the physical presence of others. As businesses are discovering, off-camera, informal, “around the water cooler” interactions are necessary for building trust. “We form and sustain social bonds [through spending time together], expressing verbal and nonverbal communication in ways that convey understanding, empathy and shared concern,” notes sociologist Scott Schieman. “There’s no way endless Zoom calls can replace the depth and quality of in-person human interaction.” Followers of Jesus should take seriously the example of the one who communicated himself to us in person, taking on actual flesh and living in our midst (John 1:14).

Four Reasons We Need to Go Back to Church

First, we need to go to church because “the Bible tells [us] so.” “And let us consider how we may spur one another on toward love and good deeds, not giving up meeting together, as some are in the habit of doing, but encouraging one another — and all the more as you see the Day approaching” (Heb. 10:24-25). The Bible’s central image of the church has obvious implications here: “Now you are the body of Christ, and each of you is part of it” (1 Cor. 12:27). A body is a complex organism, which can only function and flourish when its parts are both present and working properly. We are not faithful to Jesus if we, as parts of the body of Christ, don’t participate in the life of his body, together.

Second, we need to go back to church for our own sake. The body metaphor has further implications: An isolated body part is not merely lonely, it’s unable to be what it actually is, according to its nature. A hand functions as a hand only when it’s connected to an arm — an arm that also needs to be connected to the rest of the body. Likewise, we who follow Jesus find our true identity and purpose only in vital union with the rest of His body. That’s how we’re made; we cannot flourish otherwise.

Not just Christians need community, of course. It’s built into the way God created all humans to function and flourish. But it turns out that going to church is a particularly powerful source of human connection, one that is desperately needed.

Covid is not the only “deadly pestilence” we face these days. “America remains in the grip of an epidemic of deaths from drug overdose, suicide, and alcohol poisoning,” according to Harvard University researcher, Brendon W. Case. “The epidemic began in the mid-1990’s and is still escalating: The CDC estimates that 2020 saw ninety-three thousand drug overdose deaths, a 30 percent increase from 2019, and the highest total ever recorded.” The increase in these “deaths of despair” lowered the overall U.S. life expectancy in three consecutive years (2015-2017), the longest period of decline since World War I.

What does this have to do with church attendance? According to an extensive study of medical workers by Harvard’s Human Flourishing Program, those who attended religious services frequently (not merely engaged in private religious or spiritual practices) were “29 percent less likely to become depressed, about 50 percent less likely to divorce, and five times less likely to commit suicide than those who never attended.” Other studies concur, finding that “religious service attendance is associated with greater longevity, less depression, less suicide, less smoking, less substance abuse, better cancer and cardiovascular-disease survival, less divorce, greater social support, greater meaning in life, greater life satisfaction, more volunteering, and greater civic engagement.” Indeed, “people who attend services at least weekly are about 26 percent less likely to die of any particular cause than are those who attend less than weekly” (my emphasis)!

Maybe the Bible is onto something when it urges us not to give up meeting together.

Third, we need to go back to church for our children’s sake. No doubt we all want our children to enjoy the benefits just enumerated. Indeed, according to the Harvard study, “regular service attendance helps shield children from the ‘big three’ dangers of adolescence: depression, substance abuse, and premature sexual activity. People who attended church as children are also more likely to grow up happy, to be forgiving, to have a sense of mission and purpose, and to volunteer.”

Childhood church attendance contributes other development goods as well, as I can attest. Only as an adult have I realized how much I benefited from growing up in a vibrant church community, surrounded by people of all ages and stages of life. Older believers spoke into my life at key times, sometimes with correction, often with encouragement, always with love. They provided wonderful, diverse examples to me of how to be a man, how to work, and how to walk with Jesus. Without trying, I was better educated than many of my childhood friends in our small town, simply by sitting under significant Bible teaching in several church services per week — whether I wanted to be there or not. In the culture in which I was raised, apart from church settings, resources like this were somewhat rare. In today’s world they’re virtually non-existent.

Our children need to be with a variety of other believers of different ages during the most formative years of their lives. They need this far more than they need to participate in many of the activities that now serve as weekend substitutes for church attendance, as valuable as those can be in other ways. We need to remember that our children are being formed by our culture’s dominant narratives, values, and models — whether or not we as parents are aware of it or want it to be the case. It’s in the air they breathe. Romans 12:2 implies that we are either “being conformed” to the pattern of this age or we are “being transformed” by the renewing of our mind; there’s no neutral ground. So we must be intentional about how we and our children are being formed. As Flannery O’Connor counseled a young friend, we need to “push as hard as the age that pushes against you.” Being conformed is caught more than it is taught, and so is being transformed by Jesus. Podcasts and videos provide valuable sources of Christian teaching these days, but there is no “virtual” substitute for the way of Jesus being “caught” within the tangible interactions of His people in community.

Finally, we need to go back to church for our neighbors’ sake. Society as a whole obviously benefits when even some of its members bear the dramatic physical, emotional and social fruit of regular church attendance. In fact, going to church turns out to be a way we can “seek the welfare of the city” (Jeremiah 29:7) in which God has placed us. More than that, however, loving our neighbor should motivate us to invite them to embrace for themselves the life of Christian community as the people of God.