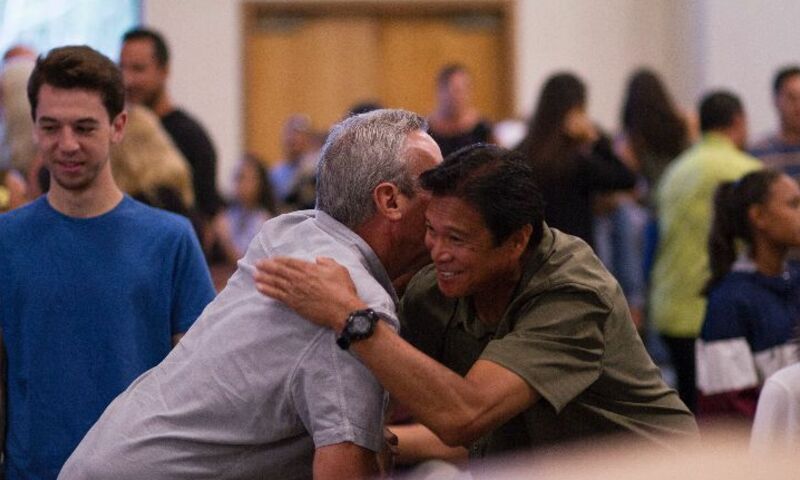 During this COVID season, God taught me the lesson to “keep short accounts” in a dramatic way. I almost want to say that I learned this lesson the hard way, but, as the story in Part 1 and the story in this post attest, the Lord was gracious and the relationships mentioned were not broken or damaged significantly. Through the Spirit's work, both relationships have been restored in grace and truth.

As a reminder, “keeping short accounts” means that when an issue arises between you and another person, whether your fault or theirs and if you can't simply “forgive and forget,” you don't let it sit there, causing a problem for a long period of time. You deal with it quickly. There is no single verse that states directly, “thou shalt keep short accounts,” but here are some verses of Scripture that tell us plainly to do so.

Do not hate a fellow Israelite in your heart. Rebuke your neighbor frankly so you will not share in their guilt.

This word to the Israelites combines not only the negative command not to hate, but also the positive command to call out one's neighbor when he or she is doing something wrong. There is both a private, internal issue to deal with, as well as a public accountability issue to deal with when discord arises between two people.

Here, Jesus, highlighting the priority of relationships over ritual, exhorts His first-century Jewish hearers to reconcile with one another before participating in temple ceremonies. Relational strife can hinder the spiritual life of either person and so ought to be dealt with for the sake of both persons so as not to negatively impact corporate worship.

So watch yourselves! If another believer sins, rebuke that person; then if there is repentance, forgive.

We are, in fact, our brother's and sister's keeper. Jesus tells us that we must keep one another accountable, while, in the same breath, He prepares us for how to respond when that brother or sister repents in light of our confrontation. We don't rebuke for rebuking's sake — we rebuke for the sake of restoration and embrace it when it is achieved.

Make allowance for each other’s faults, and forgive anyone who offends you. Remember, the Lord forgave you, so you must forgive others.

Paul not only calls us to forgive but reminds us of the grounds of that forgiveness. Life in community should exemplify the grace and forgiveness that we experience every moment from our Lord. We learn to treat others the way Jesus treats us, which is the way of vulnerability, openness and forgiveness, rather than the way of isolation, closedness, and grudge-holding.

So, in Leviticus, we have an instruction to Israel from the Old Covenant, which we as New Covenant believers are no longer under and, in Matthew, a word by Jesus about worshiping at the temple, where we don't worship anymore. In case we are tempted to hide from the “keep short accounts” principle because we think these commands are from a previous dispensation, we have an exhortation by Jesus in Luke that is not bound contextually to an obsolete practice, and instruction by Paul in Colossians that speaks directly to the New Covenant Church of which we are a part. The collective weight of these verses is significant for those who take God's Word seriously — don't let tensions lie beneath the surface, causing disunity and strife between you and the brothers and sisters in your community. In other words, keep short accounts!

Not long after I had reconciled with the person mentioned in Part 1, against whom I harbored anger for eight difficult months before reconciling, probably in late spring of 2021, I was walking from my fellowship group to the outdoor seating area in our church's courtyard. Another long-time, well-respected member, one that I've known since my twenties, approached me. This member had contracted COVID and, praise God, had recovered. This person chose not to be vaccinated and was not wearing a mask. I had also contracted COVID, recovered, chose to get vaccinated and continue to wear a mask in public settings.

We had the following brief exchange: This person said, “I have a question for you. How many people have contracted COVID a second time?” I said that I didn't know and started to look it up on my phone. While I was doing so, the person responded by stating, “I know, I've looked it up. It's around 20.” This person went on to say that if someone had Polio, then they wouldn't have to take the Polio vaccine, and so why wouldn't the same be true of COVID. It was a very brief exchange and we went on our separate ways to the morning service.

Over the next few days, I played that conversation over in my mind many times. The only reason that I could come up with for why that person, who knew that we both had experienced COVID, who had chosen not to get vaccinated and who presumably knew that I had been vaccinated, and who was choosing not to wear a mask, while I clearly was choosing to wear a mask, was that this person wanted to convince me that I was in the wrong. As one of the few mask wearers at our church in this season, I already feel awkward, and it felt like this person was trying to make me feel even worse for the choices I had made and was making.

In the uncomfortable days that followed, I felt two very distinct feelings. First, such an attempt at shaming that I was attributing to this person was utterly out of character with what I knew of them. Second, the memories of my eight-month burden of anger toward the person in Part 1 came immediately to the surface. I did NOT want to work against Spirit unity by letting an unaddressed tension exist for months between me and this new person. So, as difficult as it was for me, I called them, recounted the situation, and asked the intent behind their question. Specifically, I asked why they would ask me a question that they already knew the answer to. I even told them about the negative way I was taking the question — that I felt as though they were trying to shame me or convince me that I was wrong and that such supposed intent absolutely did not match what I knew to be true of this person's character.

The results were not much different than they were with the person in Part 1. There was no such negative intent behind their question and they were quite apologetic that they had caused me to feel the way I was feeling, as was I about the dark motives I was attributing to them. There was quick reconciliation, mostly because reconciliation should be easy to achieve when the matter is mere misunderstanding.

So, what's the point behind the recounting of these two episodes? I simply want to encourage you to avoid what I chose to do in the first case and consider what I chose to do in the second case when inevitable personal, political, social, cultural tensions arise between you and your fellow brothers and sisters in Christ that threaten to fester and that you simply can't let go of. The church at large has gone through tensions like the ones we're facing today before and, even if COVID becomes a thing of the past, there are now and will be other threats to our unity. Satan won't stop exacerbating our tendency to build walls between ourselves. But the Spirit never stops working toward unity. And by keeping short accounts with one another, by addressing concerns as they arise, by following through on God's convicting work in our lives to forgive and seek forgiveness — even when doing so is uncomfortable — we obey His command, given to us by Paul, to “maintain the spirit of unity in the bond of peace.”

Eric is a program administrator at Talbot School of Theology and adjunct professor of biblical and theological studies. He currently teaches theology and hermeneutics courses at Talbot, but has also taught philosophy, apologetics and biblical studies courses both in the U.S. and in Ukraine. He is working on his Ph.D. in Theology, specifically studying the wills of Christ. He also enjoys preaching and will never say no when invited to preach about the parables of Jesus.