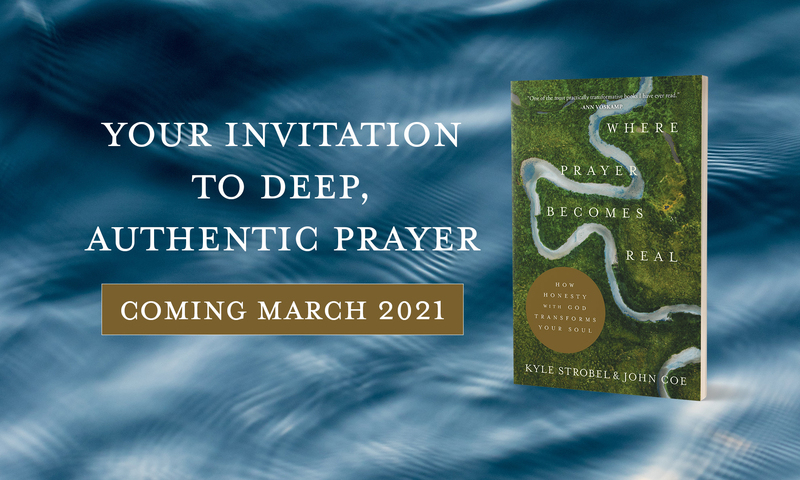 In this post, we interview Kyle Strobel, one of two authors of the new book, Where Prayer Becomes Real: How Honesty with God Transforms Your Soul. Kyle is an associate professor of spiritual theology at Talbot School of Theology, and he co-wrote this book with John Coe, director of the Institute for Spiritual Formation at Talbot.

Let’s start with a simple question: If you could boil the main message of the book down to one sentence, what would you say?

Keeping it to one sentence is hard, but I would say that the main focus of the book is that prayer is not a place to be good, it is a place to be honest; that honesty with God is central to what it means to know him and to embrace the truth of the Gospel.

I see what you did there adding in a semi-colon, but I guess that’s fair game! I think folks might hear that and think, “Of course, honesty is important.” But you seem to think we really struggle with that. What do you think is the problem folks have with being honest in prayer?

I think a lot of difficulty stems from our expectations of what prayer will be like. Many people assume that if they are “doing it right,” then they will always be attentive, focused, and zealous. If they aren’t those things, they assume it is because they are either bad at prayer or else just not zealous enough, focused enough, etc. This typically leads them to try harder, which actually leads them to focus on themselves more than God. Bringing themselves to God in the truth is no longer their goal, but now their focus is on the performance of prayer For instance, when someone’s mind begins to wander, too often they think that they’re failing at prayer. Rather, your mind wandering is a gift to show you where the treasures of your heart really are, and therefore these thoughts help guide you into what you really need to pray about.

How do you think this notion of honesty can transform our praying?

I think that many of us need to see how little we pray for what we really want. Too often we don’t bring our deepest desires to God and so we end up praying for what we think God wants us to pray about. So we don’t name the truth. This isn’t choosing one and ignoring the other, of course, there are things we need to pray about that we might not want to. But the key is that we have to bring the truth of ourselves into prayer. What we discover is that when we pray our deepest desires, we enter into prayer deeply, just like the Psalmists did. This means that we must not merely affirm that God has, for instance, forgiven us. We have to begin to pray as those who embrace his forgiveness, grace, and mercy. Prayer becomes the place that shows us if we really believe these things all the way down.

You talk about your own experiences a good deal in the book. How have you had to unlearn and relearn prayer in your own life?

The key for me was the realization that prayer had become a time to avoid God. Now, obviously, I wasn’t totally avoiding God in prayer. But prayer was an attempt to come close to God but staying at arms-length. I wanted to be received but not fully seen. It is clear to me now that I thought God wanted me in my goodness, and not in the truth, and so instead of drawing near to God in prayer I just sent my Christian “avatar” to pray. I thought God wanted the cleaned-up version of me in prayer. One of the greatest temptations in prayer is to come, not as we are, but as we think we should be.

Can you say a bit more about the second section of the book and what your goal is in giving people different “models” for praying? What is your goal here?

Yes, well, each chapter of the book ends with a practice, because it is one thing to talk about prayer (or read about prayer), and another to actually begin praying. We wrote this book to try to get people praying in truth. But there is a shift from the first section to the second, where we present praying through the Psalms, prayers of intention, prayers of recollection, prayers of examine, and prayers of intercession. We also include a study guide at the end for groups to use. But the goal of this last section is to model the various forms that prayer should take for Christians wanting to devote themselves to praying more, and the struggles with doing so.

For more information, visit www.WherePrayerBecomesReal.com where Kyle has a short video on the topic of prayer, and where you can learn more about the book. 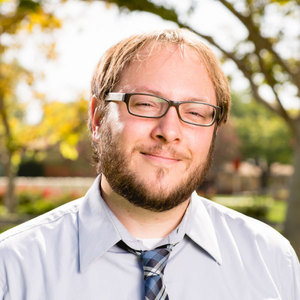