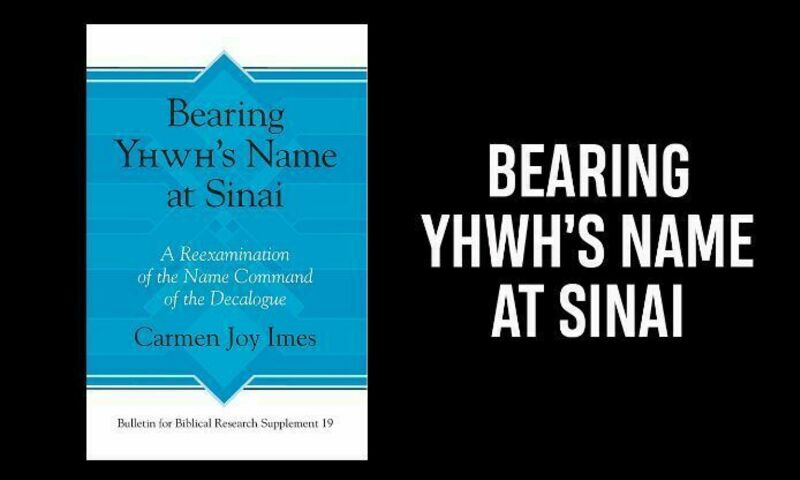 This is the second post in a three-part series on the top ten myths about the Ten Commandments. Part 1 was posted last week and Part 3 will be published next week.

In my previous post, I addressed 5 myths people commonly believe about “The Ten Commandments.” Now we're ready to tackle the next 4 myths.

Myth #6. The Ten Commandments are easy to count. Counting the Ten is not as straightforward as you might think. We know there are ten because Exodus 34:28 and Deuteronomy 4:13 both say so. The cantillation marks on the Hebrew text preserve two possible ways of counting them. The history of interpretation has introduced still others. Differences in how to count them revolve around how to handle the first several and the last two verses. Among Christians today there are two main approaches: the Reformed and the Catholic/Lutheran. For the Reformed view, "No other gods" and "No idols" are the first two commands, whereas Catholics and Lutherans take these together as the first command. They still end up with ten commands because "Do not covet" is split in two (note the two verbs). Jewish interpreters often consider the Preamble (Exodus 20:2) as the first "Word" (the Bible never refers to these as "Ten Commandments," but rather "Ten Words," so this is plausible).

Mainly to be difficult, I advocate for a modified Catholic/Lutheran view in my book, taking the Preamble as part of the first command. I see a chiasm (or literary "sandwich" pattern) in Exodus 20:2-6 (or Deuteronomy 5:6-10, pictured left) that reinforces it. If this passage is split into two commands, the phrase "serve them" in Deuteronomy 5:9a has no suitable plural antecedent (“carved-image” is singular). For ancient Israelites, worshipping other gods would necessarily include images of those gods. The prohibition of images is a way of underscoring the seriousness of the command to worship only Yahweh. Whether you agree with my numbering or not, the main point here is that counting the ten is rather complicated.

Myth #8. The Sabbath Command is the one command Christians no longer have to keep. This myth is very unfortunate. It results (I think) from the notion that whichever commands are not explicitly repeated in the New Testament do not apply to Christians. However, Jesus made no effort to set aside this command. True, he was not in favor of legalism. He went about doing good on the Sabbath, even when that activity came close to what some define as “work.” But he was clearly a Torah-observant Jew and did not discourage obedience to Jewish law.

It's worth noting that Sabbath observance begins before Sinai and is not specifically connected to temple worship. Even before any commands are given, God trains his people to adopt this day of rest by providing twice as much manna on the sixth day of each week. The Sabbath is Israel's way of declaring that they trust God to provide for their needs. God's people need not scramble to provide for themselves; they can rest in God's gracious provision. For a people freed from slavery in Egypt, the Sabbath was good news indeed. Yahweh is, in effect, telling them that they no longer need to live as slaves, toiling 24-7 to build someone else's empire. Now that they belong to Yahweh, they can enjoy a healthier rhythm of work and rest. The entire household gets a day off every week.

No, the Sabbath command is not one we have to keep, it's one we are blessed to enjoy. Why would we want to do away with such a gracious gift? We have not outgrown the need to rest and trust God.

Myth #9.“The Ten Commandments” prohibit lying. The specific prohibition in Exodus 20:16 is “false testimony against your neighbor.” One would not be hard-pressed to think of occasions in which lying would have nothing to do with one's neighbor's reputation, or in which the neighbor actually benefits. Would it be appropriate to lie to Nazi soldiers about hiding Jews? To lie to your child about the cake in the refrigerator in order to preserve a birthday surprise?

What this command actually concerns is slander — harming someone else's reputation by saying untrue things about them. To do so would unravel the network of trust necessary for the flourishing of the covenant community.

It may seem like a slippery slope to allow for any dishonesty. How can we determine whether a given lie is appropriate? Does the end justify the means? Matthew Newkirk's 2015 book, Just Deceivers, is helpful. He examines 28 examples of deception from the David narratives. In the forward, Daniel Block summarizes the book's conclusion: “deception was evaluated negatively [by the narrator] when the goal of the deceit was to cause unjust harm or death to someone else, or when deceivers were only looking out for their own interest. By contrast, when the intent of the deception was to prevent unjust harm or death, and when the deception was intended to benefit someone else, it was assessed positively” (page x). Another helpful plumb line is to consider whether our words reflect the character of God. Lie to your teacher about the reason your classmate is absent? Ultimately, this is neither helpful to your teacher or to the student in question, and since God “does not leave the guilty unpunished,” it is a rebellious delay of inevitable consequences.

I'm saving the tenth myth for a separate post because it deserves longer justification.