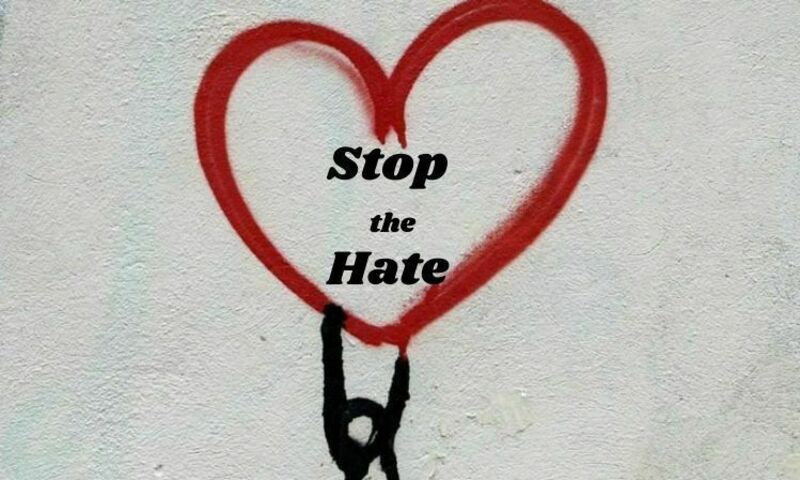 The following is the fourth post in a series on how to stop hate from a biblical perspective. Read The Good Book Blog series written by Professor of Biblical and Theological Studies Joanne Jung to reflect on how Christians can work to stop hate. “Hatred stirs up strife, but love covers all offenses.” — Proverbs 10:12 ESV

When we, someone we love or someone from our community, has been wronged, there is a quick reflex demand to right the wrong. Blood pressure increases. Social media sites magnify the outrage. Conversations swirl. We want justice and we want others to know the need for it. Social injustice is global and rampant. It reveals the universal human problem of objectifying and dehumanizing God’s highest creation. Though justice is desperately needed, when it rests in the hands of sinful people, we experience its incomplete nature. There is a need for more because justice does not guarantee the humanizing of people. So, alongside Justice, God provides its powerfully transformative cousin, Forgiveness. He knows that unforgiveness is not benign — it mars the soul with bitterness and hate and yields further division and distance and cannot lead to unity.

Evil is still evil, and forgiving does not endorse evil. Extending forgiveness does not minimize the affront nor diminish the need to pursue justice nor preclude calling out injustices. But transformative forgiveness offers far-reaching impact. It requires a decision to allow the viewing of and actions toward the offender to reflect the God-given ability to allow for a reconciled relationship that no longer harbors animosity or retaliation. This kind of forgiveness is not easy nor passive. There is a deep wrestling with the state of some of our relationships — whether close or distant — the ones God keeps bringing to either the forefront or periphery of our minds. Far from the appearance of weakness, forgiveness is an indication of divine strength in obedience to follow the Holy Spirit’s prompting. It is designed to be a release that relieves while enabling one to move forward in ways that justice served, either deserved punishment or reward, does not guarantee.

Anatomically, the human body is made to move forward. Think about it. Our eyes, ears, mouth, elbows, hands, legs, knees and feet are designed to move forward. In the same way, God provided the way for humans to move forward spiritually. It's the way of forgiveness; it’s the way of the Cross. Forgiveness is a work that is God’s, and so is the ability to move forward. In Psalm 51, the psalmist recognizes the depth of his own sin and seeks God’s forgiveness. The center verse in that psalm is verse 10, “Create in me a clean heart, O God, and renew a right spirit within me” and “O God” is at the very center. The Hebrew verb “create” in this psalm is used only with God as its subject, similar to God as Creator of the heavens and earth (Gen 1:1). It is only His doing; a clean heart restores a renewed relationship with Him and with others.

Beware, however, of two forms of counterfeit forgiveness: conditional and cheap. Conditional forgiveness stealthily defends our internal sense of being righteous in requiring conditions to be met before forgiveness is extended. Cheap forgiveness is going through the outward motions of forgiving, probably with only words. Both camouflage pride in the pretense of mercy and lack the genuine intent to allow oneself to step into the recognition and release that bring relief. Neither counterfeit is effective nor transformative because in our self-righteousness, we judge others with sarcasm, contempt, disrespect, or hate. The self-driven arguments that occupy our minds, our imagined victories, or the illusions of a humiliated offender can eventually characterize a person, family, community, or church. These move us further from real transformative forgiveness. Real forgiveness is withheld. Combatting this involves the deep self-knowledge of the “haves” and the “have-nots.” The chasm that exists between the “haves,” those deserving of our forgiveness, and the “have-nots,” those deemed undeserving of this grace, is first determined by each of us, in our own hearts. And both counterfeits of forgiveness delay indefinitely the restoration, transformation, and ability to truly move forward. All the while they rankle the soul and incubate greater dissension and hate. These pale against the complete, unconditional, and costly grace and mercy found in God’s forgiveness.

Paul instructs the church (Colossians 3:13) that if anyone has a complaint against anyone, (s)he must forgive. As Christ forgave me, I must also forgive. God initiates by first completely forgiving us. His forgiveness means I’m completely pardoned, fully restored, and my shame erased. God initiates this lavish, costly forgiveness so that as recipients, we become conduits. No exceptions. Forgiveness received manifests in forgiveness extended. It is the altruistic, Spirit-empowered, Christ-modeled gift given to one made in the image of God. Not only does this reflect the unconditional way God has acted toward us, as it stands in contrast to the conditional ways the world deals with the aftermath of injustices, its transformative nature is evident to those in our families and communities who observe our lives and our commitment to true unity.

When we find it hard to forgive, answer these two questions: Does God have all authority? Does He have all power? If you answer “yes” to both these questions, and then say “I won’t forgive,” you deny God’s authority. If you say “I can’t forgive,” you deny God’s power. This reflects our lack of awe for Who He is and his holiness. Without forgiveness, we default to taking matters into our own hands and our judgments remain limited to our own court of personal (not even popular) opinion. Thus, we lose the opportunity to give witness to his presence, authority, and power in our lives and to personally experience the transforming nature of true forgiveness.

God never puts two people together for the benefit of one, He does it for the benefit of three: you, the other person, and God himself. Without God, our forgiving another will always come up short; with Him, it will be proof that it was His empowering work and strength that enable forgiveness. Justice without forgiveness is common; forgiveness with or without justice is transformative and divine.

In the first post of this series, unforgiveness was given as an example of counterfeit control.

Forgiveness, then, is an antidote to counterfeit control. A friend who applied the caption, “Made in the image of God” to an acquaintance remarked, “[This] gave me a more forgiving and patient attitude.” Forgiveness rids the soul of bitterness and ill will toward another, who is also made in the image of God. It leaves final justice to be executed by God, and that same final justice will be applied to us. In this case, we may not demand justice but instead cry out for mercy. Forgiveness is transformative because it changes our hearts. We remain open to God’s work in maintaining a heart like His toward the offender, perhaps coming to the point of asking God’s mercy on their soul. This is so we can move forward.

Read the first post, “Identifying Counterfeit Control”, second post, “Using the Caption: ‘Made in the Image of God,’” and third post, “Extending Friendship to a Stranger,” in the series. 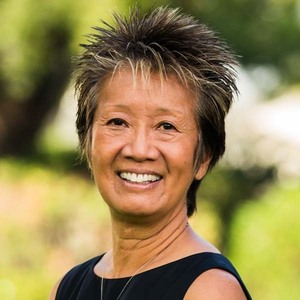