COVID-19, Leviticus and the Empty Tomb 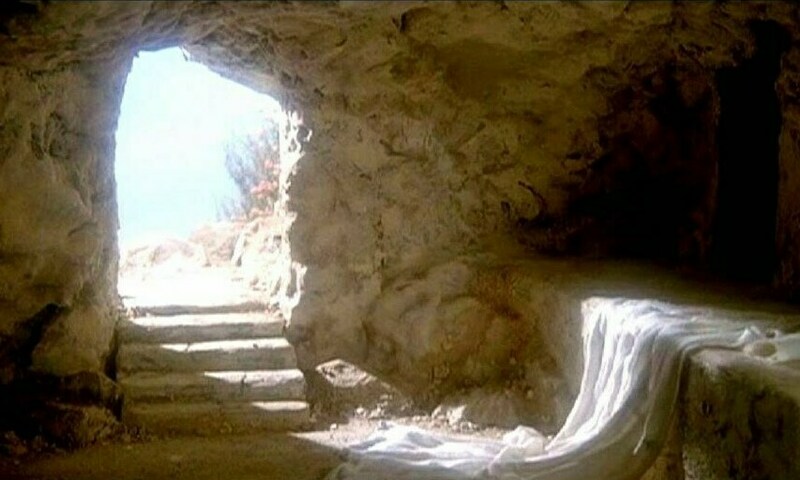 I was walking across Biola’s eerily vacant campus a few weeks ago, when something subliminal surfaced in my thoughts.

Nature unexpectedly felt “dangerous” to me.

I want to make it clear – I love nature. Throughout my life, stretching from an upbringing in rural Minnesota, travels to numerous national parks, and more recently hikes into the John Muir Wilderness, I have felt most “at home” when reveling in the life-giving, awe-inspiring, and soul-renewing wonders of God’s creation.

But now, for the first time, as I passed the lush vegetation that graced the entrance to one of our campus buildings, I suddenly became aware of the sensation of “exile” from the planet. With the worldwide permeation of COVID-19, disease and death haunt our days, necessitating the radical measures that have transformed our lives. Though I recognized that the impressive plants on campus were not themselves threats, as participants in the collective reality we call the “natural world,” their leaves seemed to signal a warning to remain vigilant in my efforts to elude the virus.

The fact that this felt new and strange to me only confirmed the sheltered nature of the life that I have lived in our advanced society, where death has been beaten back into the dreaded corners of our consciousness. Antibiotics, gene, chemo-, and radiation therapies, MRIs, dialysis machines, and modern surgical methods have succeeded in providing most people with the reasonable expectation of a long and healthy life. Yes, there have been exceptions – actually, far too many in my circle recently – where death has successfully broken through to steal and to destroy. But those deaths, whether resulting from advanced age, unexpected cancers, or tragic events, remained “exceptional” in my assessment, betraying the truth that death is normally kept at arm’s length in my daily rhythm.

COVID-19 has changed all of that, rendering vulnerable all eight billion of earth’s human population. And so we have bated our collective breath, as we urgently await the vaccine that will finally let us go back to life as we knew it; before death came knocking; before nature bristled with danger.

Shortly before the pandemic hit, I had begun my first-ever serious study and contemplation of the Book of Leviticus. Even though I have spent much of my professional career studying the NT’s use of the OT, and even though I have taught a whole generation of students that Leviticus is still relevant to us New Covenant members – as it is fulfilled in Jesus – I had never followed through and studied it carefully.

But as I attempted to navigate the culturally- and covenantally-distant nature of its pages, this strange priestly document rocked my world. Many new (and mainly untested) insights into Jesus emerged, many of which I will passionately pursue in the coming years. But one of the most basic revelations to me is how different from mine was the ancient Hebrew’s experience with the natural world. In that world, death permeated everything, poised to invade and to defile. Whether it was contracting lepra, coming into contact with a corpse, or being defiled with either menstrual blood or male semen, the result was the same – exile from the community, even if that was only for a few days.

This is not the forum in which to delve too deeply into the rationale behind these laws, though defilement through contracting lepra or touching a corpse is pretty straightforward. When it comes to contact with menstrual fluid or a seminal discharge, however, the logic is not as clear. Yet, when one realizes that both fluids carry within themselves the potential for new life, they proclaim the opposite when life does not result. This seems to be the reason why coming into contact with them outside of the body brought defilement. Thus, each of these laws in their own way persistently proclaimed death’s pervasive presence in the world, emphasizing the divine message to the Hebrews that the reason for this invasion was humanity’s fall into sin. Reinforced by the iterative routine in the temple, where sin’s condemning results had to be persistently resolved through more death, these laws likely sharpened the thoughtful Hebrew’s awareness of the ubiquitous threat of mortality; sin’s somber penalty.

And there was no pandemic to make that reality feel “unusual.”

In other words – and this is the key point – I wonder if the everyday experience of the ancient Hebrew was in some ways analogous to what we are presently experiencing during this pandemic. I also wonder if a vaccine is developed to allow the world to return to some semblance of pre-pandemic normalcy – such that we can once again muzzle death’s fangs for a time and pursue the joys and pleasures of our privileged lives – we will have missed the opportunity to live in the theologically-rich narrative found in Scripture, rather than the atheistically-sterile story offered by our contemporary culture.

Am I suggesting that we return to the application of the Levitical purity laws to our contemporary lives? No. What I am suggesting is that we consciously learn to live in the world that has resulted from the fulfillment of Leviticus. This would mean that we can no longer live in the convenient and superficial theology that says all of the Levitical purity laws were simply rendered obsolete once Jesus came, excusing us from asking why each of them became so.

When it comes to the laws pertaining to the defilement of death, I am increasingly of the conviction that the reason touching a corpse or coming into contact with a menstrual or seminal discharge no longer “defiles” a person is because Jesus fulfilled those very laws by breaking the stranglehold of death on humanity’s throat. This is why they are now “obsolete.” That is to say, these laws no longer reign over my life because Jesus definitively absorbed sin’s penalty of death in his own body and then walked out of the tomb, ending death’s reign over his people. As a result, I should be living my life today as a “resurrection life,” even though the sin-induced penalty of death still stalks everyone on this planet.

So, do I yearn for the development of a vaccine to alleviate the dramatic threat of COVID-19? Absolutely! But should I allow myself to return to my pre-pandemic, scientifically-defined relationship with death and the natural world? No.

Rather, I am praying that this unprecedented event (at least in our lifetimes) will leave an indelible mark on my consciousness, such that whatever new reality scientific research achieves for us in the coming months, I henceforth will learn to live more fully in two realities – (1) in the Hebrew awareness of death’s everyday, pervasive, and tragic presence, sharpening my perception of every person’s need of Jesus’ redeeming grace; and (2) in the liberating, hope-giving, death-conquering reality that Jesus provided for us on Easter morning.

If so, I anticipate joyfully living more intentionally in the power of Jesus’ resurrection every day, even as I live in ever-sharper anticipation of that day when death will be no more:

And I heard a loud voice from the throne saying, “Look! God’s dwelling place is now among the people, and he will dwell with them. They will be his people, and God himself will be with them and be their God. ‘He will wipe every tear from their eyes. There will be no more death’ or mourning or crying or pain, for the old order of things has passed away.” (Rev. 21:3-4)