What Does the Old Testament Say about Loans and Interest? Part 2

For most of the history of the church, church leaders understood that the Old Testament taught a complete ban on any interest on loans. As noted in Part 1, the subject of this study is the matter of loans to fellow Israelites who had the potential for paying the loan back, not the topic of charity to the poor. Three important passages in the Pentateuch or Torah guide the main teaching on loans and interest in the Old Testament (below, underlining is added to highlight the key factors; the different Hebrew terms are noted; see Part 1 for clarification about the verb “to charge interest” [nāšak root II]; the noun “interest” [nešek] shares the same root, and also appears in these passages).

Exodus 22:25 [EVS]: “If you lend money to any of my people with you who is poor, you shall not be like a moneylender [nōŝe’, participle] to him, and you shall not exact interest [nešek, noun] from him.”

Leviticus 25:35-37: “[35] If your brother becomes poor and cannot maintain himself with you, you shall support him as though he were a stranger and a sojourner, and he shall live with you. [36] Take no interest [nešek] from him or profit, but fear your God, that your brother may live beside you. [37] You shall not lend him your money at interest [nešek], nor give him your food for profit.”

The source of the long controversy throughout much of church history was based on the difference between Exodus 22:25 and Leviticus 25: 35, which focuses the ban on interest to loans for the “poor,” whereas Deuteronomy 23:19-20 excludes interest on loans to “your brother.” Based on a study of the passage, the main question can be stated as indicting three possible interpretations:

(A) a total interest ban on all loans? (the traditional view held during the Patristic period and the Middle Ages of church history),

(B) an interest ban only on loans to fellow Israelites, but not to foreigners? (as explicitly stated in Deuteronomy 23:20), or

#2. How do these three passages relate to each other? Does the later teaching of Deuteronomy 23:19-20 differ from and override the teaching of Exodus 22:25 and Leviticus 25:35-37 (the two passages that identify the working Israelite poor as the focus on the interest ban), or do these three Torah passages maintain some unified teaching about the topic of lending and interest?

As mentioned, three possible interpretations of Deuteronomy 23:19-20 offer a response to each of these questions, to be summarized briefly in this blog. The following labels suggested for each view intend to capture the key difference of understanding.

A. Ethnic status distinction implying a total usury ban. Deuteronomy 23:19 is viewed as offering the last word on the matter, different from the other two Torah passages. Within the covenant of the Israelite “brotherhood” community, charging any interest on a loan is always banned--that is the ideal. Passages in the rest of the OT confirm this blanket prohibition (e.g., Psalm 15: “who does not put his money out at interest”; Ezek 18:8 “does not lend at interest”).

Bruce Ballard states: “The Old Testament clearly condemns lending money or anything else at any interest at all ... If my exposition of the doctrine of usury is correct, then interest-taking is as much a sin as ever” (“On the Sin of Usury: A Biblical Economic Ethic,” Christian Scholar’s Review 24 (1994): 214, 227).

B. Ethnic status distinction implying a two-tiered ethic. Agreeing with the view “A,” an ethnic Deuteronomy 23:19 identifies the main teaching on the matter, but takes Deuteronomy 23:20 at face value. Those within the Israelite community must hold to a higher ethic and not charge interest on loans to each other. Yet Deuteronomy 23:20 does state that charging interest on loans to non-Israelites is legitimate, since one cannot expect “foreigners” to agree this higher ethic. In such a case, Israelites can comply the with usual business practice of that day.

Michael Guttman notes, “If an equal basis for trading between Israelites and foreigners was to be established it could be attained only in this way; that the restrictions of the release year and the law of interest, which were not binding on the stranger a priori, were also void for the Israelite in so far as trade with foreigners was concerned” (“The Term ‘Foreigner’ (נכרי) Historically Considered,” HUCA 2 (1926): 7).

C. Economic status distinction implying a contrast between the poor and the merchant. This third view understands the contrast between “brother” and “foreigner” not as referring to an ethnic group, but one of a contrast between two situations: between the implied poor “brother” and the “foreigner” (Deut. 23:20) as trader or merchant. When the topic of lending is first mentioned in Deut. 15: 7, the focus is loans to the poor (the passage starts off very similarly to Lev. 25:35), “If among you, one of your brothers should become poor...” Thus, when the topic of lending is picked up again in Deut. 23:19-20, the focus on the poor brother is implied. And, most Deuteronomy commentators understand the term “foreigner” [nokrî] in Deut 23:20 as that of foreign trader or merchant.

Mark Biddle explains, “In fact, since most traders in the ancient Near East did business internationally, the permission to charge interest of ‘foreigners’ may be understood less as a form of ethnocentricity and more as drawing a distinction between lending to the needy in one’s community and credit as a component of commercial transactions” (Deuteronomy [Macon, GA: Smyth and Helwys, 2003], 252-53).

This concludes a brief summary of the three views of Deuteronomy 23:19-20. Table 1 below provides some of the proponents of each view. In Part 3, I will offer an evaluation of each view.

Table 1: Some proponents for each of the three views:

Maloney, Robert, “The Background for the Early Christian Teaching on Usury,” S.T.D. Dissertation, The Catholic University of America, 1969, 68.

C. Economic status distinction implying a contrast between the poor and the merchant.

(For further details see my article, “Lending and Interest in the OT: Examining Three Interpretations to Explain the Deuteronomy 23:19-20 Distinction in Light of the Historical Usury Debate,” Journal of the Evangelical Theological Society, vol. 59, 2016, 761-89.) 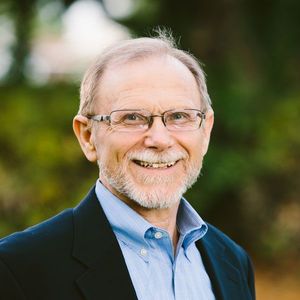