A Religion of Professors? 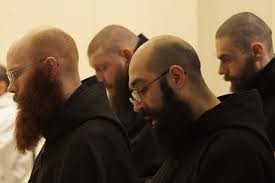 Imagine my double-take when I was confronted with this assessment of our comparative religions by an Orthodox believer several years ago back in Ukraine: “Mark, you Protestants follow a religion of professors, whereas we Orthodox … the religion of monks.”

Hmmm … Lot’s to chew on in that observation.

For starters, it is an observation about the perceived authority in the different traditions—academics or ascetics, but also who makes the better authority. The Orthodox critique here to the Western church in general, and us Protestants in particular, comes from deep in the lex orandi tradition—the Law of Praying, where the one who prays the best is the one who does theology the best. And on it’s face, who would deny the need for a vital relationship with God (through prayer) from someone who would hazard to speak and systematize on God’s behalf? Not me.

But as even the Ancients said, “We must learn from God what we are to think of him” (Hilary, De Trinitate, 1.18), so prayer alone isn’t the answer here. No, the point is the better we are at the Grammar Book for the language God speaks to us in prayer, which is the Bible, the better we will pray AND do our theological thinking. After all, bare and unqualified lex orandi is the heartbeat of unfettered mysticism, too. So, there is a place for loving God with the mind, and studying and knowing the Scripture for good thinking about him.

Nevertheless “the religion of professors” line does sting a little, because I know it’s true in some unsavory ways. The same way “just get a dose of the Holy Ghost” kind of anti-intellectualism, or naked lex orandi alone is not the answer, neither is just hard thinking, scholastic logic, and helix-complicated syllogisms the means to theologize and know God. The road of church history is littered with systematic thinking driven along by leading ideas of philosophical milieus other than Scripture’s. Even the patristic Fathers—those folks first on the post-apostolic Church scene—hum the Platonic melodies of their time in their thinking about God as Jaroslav Pelikan observes when he says, the patristic doctrine of God is one of “the most reliable indications of the continuing hold of Greek philosophy on Christian theology.”[1] 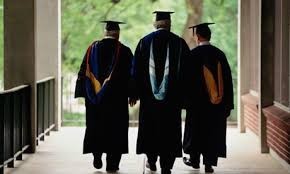 And when theology entered the university as the “Queen of the sciences”[2] back when universities began in the West, it was domesticated as a “science” nonetheless. What had before been taken as the pursuit of sapientia, or wisdom, which is how Augustine considered theologia and which also comports better with Paul’s understanding of the goal of instruction as love (1 Tim 1:5), is now a dish served up floating in a thick gravy of human Reason. Academic knowledge of God runs amok in the Modern period with so-called historical-critical methodologies slicing and dicing the Sacred Text with silly and capricious “criteria” that sound erudite but are utterly foreign to the way the first hearers took the Text.[3] Knowing God through his Word becomes the provenance of scientific experimentation where “today’s assured results are tomorrow’s forgotten hypotheses,” as New Testament scholar Norman Perrin said of the guild of New Testament studies a generation ago.

But it’s not just the wielding of philosophical milieus or other categories of human hubris where one can find the Religion of Professors. Sometimes I wonder if its shadow hangs over us modern and even conservative commentators, too. Is it too easy to make the New Testament writers like academics at a theology conference freely offering and critiquing their “own interpretations” of an OT prophet? How sure are we they would slice off details left and right and take prophecies down to their “symbolic core”?[4] Or make Paul, as another example, feel free to invert the order of prophetic events and introduce myriads of “subversive twists” to “revision” the prophets’ narrative for the course for world history in his handling of the Jewish question in Romans 9 –11.[5] It all reads a little like the scene of a faculty lounge—everyone comfortable in their tweed coats and arm patches swilling their coffee and smoking the theological pipe with Israel’s prophets as the latest “hypothesis” in the room. Really?

You must pardon the hyperbole, but in our “Religion of Professors” we must always take caution against standing over and placing the very “oracles of God,” which is how the New Testament writers considered the Old Testament (Romamns 3:2), on par with the theoretical musings of a doctoral seminar, where novelty, cleverness and innovation are the name of the game. Israel, on the contrary, had quite a different view. They considered these works as God’s “voice” itself without peer and worthy of such veneration that you stand up when they are read![6] (Ezra 8:5) These are the words before which you tremble and show respect (Isaiah 66:2).

The hermeneutical challenge for reading Scripture well will always be stepping out of our own “world” into the world of the biblical texts. This fact the Religion of Professors articulates well, too,—in theory. But as we all know, knowing and doing are different things. May God give us all his grace to be good hearers of the word and doers of what it says.

[3] One can read about the ‘criterion of vividness,’ the ‘quality of freshness’ or ‘acute observation of Palestinian peasant life’ as subjective filters critics use to sift out parts of the NT. Norman Perrin on the Kingdom of God sayings of Jesus is endemic of this when, after all the historical-, form-, and redaction-critical magic on the Text is done, he ends up with just six Kingdom pericopes as authentic to the historical Jesus (Norman Perrin, Rediscovering the Teaching of Jesus (London: SCM, 1967).

[4] Such terminology is common in a recent volume by Michael E. Fuller, The Restoration of Israel: Israel’s Re-gathering and the Fate of the Nations in Early Jewish Literature and Luke-Acts (Berlin/New York: Walter de Gruyter, 2006).

[6] Jeremias notes that during the intertestamental period Jews considered the voice of the Spirit of God to be quenched. After the death of the last writing prophets (Haggai, Zechariah Malachi.) the Spirit was muted because of the sin of Israel. God only spoke through the ‘echo’ of his voice in Israel’s teachers, which was a poor substitute for his voice in the prophets (J. Jeremias New Testament Theology [London, UK: SCM, 1971], 80–81).