This is the second post in a two part series; you can read the first part here..

Since we know beyond any doubt that the Bible is an absolutely reliable guide to the afterlife, it would be reasonable for us to maintain a healthy skepticism about alleged experiences that deviate from the biblical pattern, even when such experiences do not contradict the Bible outright.

Consider heaven. Biblical authors who report seeing certain of heaven’s features include Isaiah, Ezekiel, Daniel, Paul, and John. What are some of the characteristics of these experiences and the way in which the authors report them?

First, there are very few biblical writers who recount such experiences. That alone should give us pause. As Hitchcock notes, “Those who claim to have visited heaven and then come back to report what they saw are placing themselves in very select company.”[1] Now, it makes sense that someone like the Apostle John would have a vision of heaven, granting his role as an Apostle in conveying God’s full revelation to his people. And in order to convince us to pay attention to such men, God confirmed their prophetic “bona fides” in powerful and indisputable ways (Heb. 2:3-4). But can this be said for any of the more recent claimants?

Second, the biblical writers received their information either as visions or perhaps—in the case of the Apostle Paul—through a literal, bodily transport into heaven (2 Cor. 12:2-3). So far as we know, none of these biblical accounts involve a near-death experience. On the other hand, those in the Bible who did come back from the dead—such as those recorded in Matthew 27:52-53; Mark 5:35-43; John 11:1-46; and Revelation 11:3-12—never “wrote a book about their experience or hit the talk show circuit.”[2]

Third, the biblical writers who truly did have a heavenly encounter show considerable reserve in recounting what they saw and experienced. Consider the Apostle Paul, who was not even permitted by God to divulge the details of his experience (2 Cor. 12:4). As Hitchcock rightly asks, “Why would God forbid Paul from telling us about what he saw when he was caught up to paradise and yet let dozens of others in the last twenty years do it?”[3] Even John, who presents relatively more detail, nevertheless appears to confine himself to those elements essential to communicating his prophetic vision. Absent are the superfluous and trivial details one finds in so many modern stories, such as a description of the Devil’s poor oral hygiene.[4]

Alternative Explanations Must Be Considered

What are some possible alternative explanations to account for such stories? Below I shall suggest some of the more obvious possible ones. Whether one of these applies in a particular case can only be determined by the evidence unique to that case.[5]

One cannot automatically rule out fraud or deliberate deception. People do lie, and for a variety of reasons. Sometimes it is for financial gain—such as in order to sell books, movies, or to line up paid speaking engagements. In other cases it may be to gain celebrity status, popularity, or notoriety.

The Christian community has certainly seen its share of “pious frauds.” Consider Mike Warnke, the supposed ex-high priest in the Church of Satan turned Christian comedian. An entire generation of Christians formed its estimate of Satanism based on his “insider information.” But painstaking investigative journalism demonstrated conclusively that Warnke made the whole thing up.[6]

People have lied about their “heavenly experiences” as well. For example, we have the story of (then) six year old Alex Malarkey, who recounts his 2004 near-fatal car crash and ensuing journey to heaven in the book The Boy Who Came Back from Heaven, written by his father Kevin. In January of 2015, Alex recanted his story in an open letter, stating, “I did not die. I did not go to heaven. I said I went to heaven because I thought it would get me attention.”[7]

I am not accusing everyone who claims to have experienced heaven or hell of lying, as these people did. But neither would I rule out deliberate lying automatically. It has happened before.

Some individuals are highly suggestible and fabricate experiences that seem real to them even though they are not objectively true. As NDE researcher and author Richard Abanes argues, there is a certain psychological profile that correlates with a greater susceptibility to NDE experiences. Consider also that people who are already steeped in Christian ideas have visions of heaven and hell that take a biblical shape, whereas the NDEs of individuals from non-Christian cultures tend to populate their descriptions of the afterlife with features consistent with their own cultural expectations. This suggests the possibility that the experiences in question are subjective, expressing features of their preexisting beliefs and not of objective reality.

It is possible that some of the alleged experiences of heaven and hell may be demonically induced. This is especially so in cases where the individual claiming the experience has a background in occultic (including New Age) practices. Some of the experiences of Elizabeth Kübler-Ross and that of Betty Eadie may fall into this category.

It may be difficult or impossible to say definitively whether demonic agency is the cause of any particular vision of heaven or hell. But as a practical matter, it may not matter. As we observed above, individuals steeped in occultic or other false religious systems invariably present features that run afoul of biblical teaching in relating their accounts—often asserting that they were told all religions lead to the same God, that there is no hell, that all will be saved, etc. And we know from Scripture that those who contradict the word of God “have no light in them” (Isa. 8:20, KJV). Therefore, we reject such stories whatever their ultimate source.

Chemical processes in the brain—whether through drugs such as hashish or by naturally occurring physical events—can precipitate vivid experiences along the lines of what one commonly finds in reports of heaven and hell. This might especially be suspected in the case of “near death” induced visions, given the disruption and irregularities to the person’s normal biological functions that are taking place, particularly in the brain.[8]

Assessing the Practical Value of These Claims

Even granting the theoretical possibility that some of the claimed experiences of heaven and hell might be literally true, we must consider the question of their practical value.

Even if someone truly did go to heaven and then accurately report his or her findings, how could we know whether the experience (and the report of it) corresponds to reality? Assuming of course that the story does not contain features that contradict Scripture, how could we rule out other possible causes, including some of the ones discussed above? The amount of time, money, and effort it took to discredit Mike Warnke, for example, is considerable. But assessing claims about heaven or hell presents an even more formidable challenge. Absent direct contradictions to the Bible, just how would one invalidate such assertions, granting their inherently subjective nature? At best we would have to remain agnostic about it.

Also, what could we glean from such stories that we really need to know anyway? That heaven and hell are real? We already know that from the Bible. That hell is a place of unutterable anguish while heaven is a place of glorious bliss? We already know that from the Bible too. That Jesus traipses about heaven on a rainbow colored horse? Even if true, somehow the church has done just fine for two millennia without knowing this particular detail.

But what about the great encouragement to faith that these stories provide? And does it not show a lack of faith to be so skeptical of these claims?

The Bible commands us to have faith in God and his word, not in the purported and unverifiable experiences of others. And speaking of a “lack of faith,” re-read the publicity blurbs cited at the very beginning of this chapter and then ask why stories like these would “encourage those who doubt and thrill those who believe” if the Bible does not already do that. Could this be what Jesus had in mind when he spoke of “an unbelieving generation that seeks a sign” (Matt. 12:39)?

Perhaps some feel that merely presenting what the Bible says about the afterlife is not compelling enough. According to Wiese, Jesus supposedly told him that he was given his vision of hell so he could share it with others, “because many people do not believe that hell truly exists. Even some of my own people do not believe that hell is real.”[9] Perhaps the “Jesus” who told this to Wiese was “a different Jesus”[10] from the one who recounted the following:

27 And [the rich man] said, “Then I beg you, father, to send him to my father's house— 28 for I have five brothers—so that he may warn them, lest they also come into this place of torment.”

29 But Abraham said, “They have Moses and the Prophets; let them hear them.”

30 And he said, “No, father Abraham, but if someone goes to them from the dead, they will repent.”

[4] “The Devil’s mouth is funny looking, with only a few mouldy teeth.” Kevin Malarkey and Alex Malarkey, The Boy Who Came Back from Heaven (Carol Stream: Tyndale House, 2010), 171.

[5] Again, I would refer the interested reader to Abanes, Journey Into the Light, who provides actual evidence for some of the alternatives I am suggesting here.

[11] Someone might raise the trivial and irrelevant objection that Wiese did not claim to have returned from the dead, and so these verses are not applicable to his case. Actually, that fact makes the argument all the more powerful. If people who reject the Bible will not accept the reality of hell from someone who actually returns from the grave, how much less would they believe it from someone who claims merely to have had a vision of it while asleep in bed? 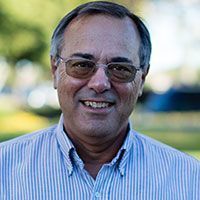 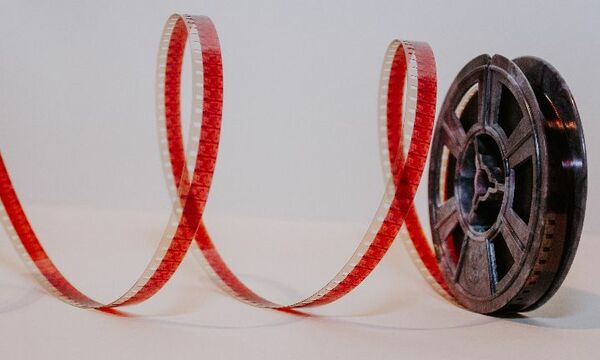