That Crispy Part of Your Bible

You know that part of your Bible where the gold leaf on the pages still looks pretty fresh? Some of the pages might still even be stuck together. Or, more au courant, the portion you rarely scroll to on your phone or iPad … That’s right, for most of us it’s that part of the Bible starting right after Psalms and going all the way to Matthew. A lot of prophets big and little, and a good bit of Israel’s Wisdom tradition—but it just doesn’t get a lot of air-time in most evangelical churches or personal Bible-reading. Now, I’m the first to admit that last claim stems from my own highly subjective internal polling data, and I’m glad to be proven wrong; but I don’t think I am, because I know a good bit of it’s true in my own life.

But assuming most of us aren’t that swift with the crispy parts, and maybe more, not that swift with the entire Old Testament, what’s the big deal? Isn’t the church just supposed to get about evangelizing the nations? How does that stuff help me know God better anyway? Both questions I’ve received from some otherwise well-intentioned students I’ve encountered over the years—especially the recent years.

Aside from a little push back for those questions, I want to suggest that the Old Testament and the crispy parts in particular help us out in quite a few of the issues we see often enough in the news of our day. But unfortunately, the implicit Neo-Marcionism of much modern evangelical Christianity (Marcion was an early heretic who denied the authority of the Old Testament for Christians) leaves us not only impoverished for the questions of our day; we also deny ourselves the clear good to be found in God’s word—all of God’s word.

Here are but some of the ways the prophets of Israel shine the light for our way today. There are more, and my Old Testament colleagues will grimace from my brevity and no doubt my incompleteness. But here it is:

1. Evangelism: Whatever postmodernity is—and some today say we’re now beyond even that—it has leveraged the power of Story. And who doesn’t love a story? As we’re hearing more and more from good folks like Scot McKnight and N. T. Wright, the Gospel is a story, a Scripture-long story. Jesus is the high-point of the story, yes, but he’s not the beginning of the story. Could our mission be more effective if we learned to tell it “according to the Scriptures” like Paul did (1 Cor. 15:1-3)? There we’d meet among other things the story of a nation that lead us to Christ and demonstrates both the severe and merciful nature of God Paul was talking about in Romans 11 (cf. Ezek. 39:21-29). 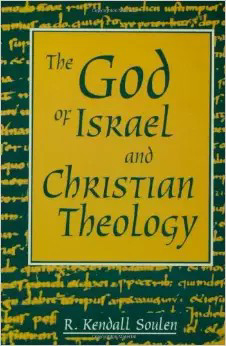 About a year ago I ran across an interesting book that makes just this point. It’s by R. Kendall Soulen and titled, The God of Israel and Christian Theology (Fortress, 1996). The book starts off by creating the matrix of Story or narrative for everything from our worldview to the interpretive schemes we use in approaching Scripture. He argues that how we conceive the Story we’re part of shapes how we think about and do theology. Then he goes on to articulate the traditional Story that has shaped much of Christian theology. It has four episodes and I think you’ll find it familiar. It was to me:

1. An original creation intended for consummation.

Now comes a very trenchant question—Is there anything missing? Kendall’s answer set me back on my heels a little as it sank in: “2/3 of the Bible is not needed to tell this Story.” That’s right, after the Fall in Genesis 3 the Story as traditionally told can pick up very well with Matthew 1 and move on from there. Of course, on its face, leaving out 2/3 of Scripture for God’s Story rings wrong right off the bat. But Soulen proceeds with an investigation of the factors in church history that brought us to this particular telling of the Story and what have been the consequences for Christian theology, anthropology, Christology and soteriology from neglecting the story of Israel like we have. Good read; I recommend it.

2. Apologetics: Pace Bart Ehrman and his mentor Walter Bauer, but the “other Christianities” of the DaVinci Code with their so-called “other Scriptures” have no play if Israel’s prophets have a place at the table. Gnostic, Marcionite, Ebionite, Gospel of Thomas-ite, Gospel of Judas-ite Jesuses are posers with nothing in common to the Story scripted by Israel’s prophets who brings vicarious atonement and apocalyptic resolution to the human plight. Period.

3. Atonement: And speaking of atonement, the prophets also make clear the precise nature of humanity’s plight. And it’s not primarily that we are sick and diseased in sin, or anything else (like unjust social and economic institutions, lack of education, etc.—all of which are still only symptoms). It’s that we are guilty in our sins and need forgiveness (sick and unhealthy in sin is a biblical motif, but here the operant word is “primarily”). The prophets’ account of the new covenant reality that followers of Jesus enter makes it clear that forgiveness of sins is the pre-requisite for obtaining all new covenant blessings. See Jeremiah 31:33-34. It’s because God deals with our sins that everything else comes—the Holy Spirit, the law of God in the heart, relationship as God’s people. Everything. Of course, the prophets didn’t invent this; substitutionary sacrifice is absolutely clear in the Old Testament at least since the Exodus Passover lamb.

5. Middle East Crisis: What is it with the nation of Israel? Why does that piece of real estate command such press year after year? Reading the crispy parts will offer insight about the enduring legacy of this people and a future role for them sometime hence. Something like one in every eight verses in the Prophets is about the return of this nation to its Land, if Walter Kaiser’s count is accurate. Years ago Professor Doctor Karl Barth, who is renown as the most influential theologian of the 20th century, was asked by a journalist why he believed the Bible. Apparently this poor man couldn’t imagine why someone of Barth’s intellect and stature would spend his life with such a pre-scientific compendium of fairytales. Barth gave the answer in two words—Die Juden! The history of this ancient people, contrary to countless other such peoples, continues to be written just as the prophets said it would. Their account was compelling for Barth, anyway. See points 1 and 2 above.

6. Knowing God: Finally, and not least for this go-round, The Story God’s been telling since Genesis is among other things an autobiographical one: a self-revelation. And even though Israel’s Story in the Old Testament no longer addresses “my covenant,” we already possess the “new” covenant (Jer. 31:31), it still stands as “my revelation” as John Walton puts it. “My revelation” of a heart that craves justice and mercy over sacrifice and ritual (Mic. 6:8). Revelation of one who is known in pleading the cause of the poor and needy (Jer. 22:16). Revelation of one whose glory in mercy and compassion will be set among the nations when he brings his people back to their Land (Ezek. 39:25ff). So the awkward question really needs to be asked, “What kind of picture of God am I operating with when I neglect 2/3 of what he’s told me of himself?”

So let us all who are members of the new covenant, not neglect our heritage and family tree (Rom. 11:17ff.) in those crispy parts of our Bibles. All Scripture is indeed inspired by God and profitable for teaching, for reproof, for correction … (You know how it goes, 2 Tim. 3:16-17).