Prayer for Benjamin Netanyahu’s Speech before the US Congress 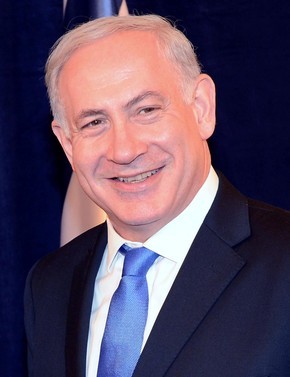 This morning Prime Minister Benjamin Netanyahu will address the United States Congress. We believe he will argue against the United States joining a number of major European powers in signing an agreement with Iran that would temporarily limit the development of nuclear grade enriched uranium and allow for the production of non-nuclear grade material.

Netanyahu views this agreement as simply putting off the inevitable, which would endanger Israel, the Middle East and beyond. However, it might be better to wait for the speech and not put words in the prime minister’s mouth.

The speech comes in the midst of what has been a virtual firestorm of unraveling relationships between two great historic allies – Israel and the United States. In particular, there has been an unfortunate erosion of relationship between Netanyahu and the American President, Barak Obama.

Augmenting the intensity of the discussion are a number of internal political issues. First of all, the invitation for Netanyahu came from Republicans through Senator John Boehner and not from the president’s office, which caused the US Democrats to view the speech as being used by Republicans for political gain. Additionally, the Israeli general elections are scheduled for March 17, where Netanyahu is running for his third term as Prime Minister and is facing considerable opposition on the home front. The timing of his trip and the speech is viewed as Netanyahu using the moment to show that he has influence with a broader coalition of Americans beyond the current president.

Jewish critics in America and Israel are concerned with Iran’s nuclear proliferation, but are also worried about the relationship between the United States and Israel, and see the speech as potentially causing further political damage.

Netanyahu is calling upon the United States to adhere to the agreement made in 2006, UN Security Resolution 1696, which demands the dismantling of the infrastructure for creating weapons grade enriched uranium. Our president agreed to this resolution, but is now wavering on implementation.

According to the New York Times, the American President has argued that the current “deal on the table” would help rather than hurt Israel.

Mr. Obama has maintained that a nuclear deal with Iran can help assure Israeli security, particularly given that neither the United States nor its European allies in the Iran negotiations are interested in military action to halt Tehran’s nuclear ambitions. Mr. Kerry said that Israel is safer because of the short-term agreement that world powers reached with Iran in 2013, and that the United States is trying now to get an improved deal.[1]

It is also true that some American Jewish groups are also concerned about the speech as well.

First of all, we do affirm that the Scriptures tell us to pray for the peace of Jerusalem.

I believe this appeal is primarily spiritual and the Psalmist wants us to pray for God’s shalom to rest upon the chosen people, whether scattered or in the Promised Land. So, let’s pray that Prime Minister Netanyahu, President Obama, John Kerry and even Mohammad Javad Zarif, the Iranian foreign minister who has been at the heart of these negotiations, would hear from the God of Abraham, Isaac and Jacob and make decisions leading to the peace of Jerusalem and most of all, to the Lordship of the Messiah of Israel in this and every other situation of life.

I am not debating whether or not these men know the Lord as their Savior, as only God knows their hearts. However, we must still pray that they submit their hearts to His will in this particular instance and that ultimately, each one answers to God for his choices.

We must pray for God’s guidance to fall upon these leaders and for their ears to be open to hear His voice.

Further, we should pray for the protection of God’s chosen from hostile nations, including Iran which is a primary supporter of terrorism against Israel, through arming those who seek the destruction of the Jewish state and Israelis in general, whether they live in Israel, Argentina or elsewhere.

It is so important for believers to pray intelligently and to rise above the everyday politics that are part of the democratic political process in both the US and Israel. We are grateful for free elections and certainly candidates everywhere will assert themselves in ways that will help them win elections or gain favor with their constituencies. This is part of our process and is always a matter for prayer.

May I also remind all of us of what the Apostle Paul wrote in 1st Timothy 2:1-3:

First of all, then, I urge that entreaties and prayers, petitions and thanksgivings, be made on behalf of all men, for kings and all who are in authority, so that we may lead a tranquil and quiet life in all godliness and dignity. This is good and acceptable in the sight of God our Savior, who desires all men to be saved and to come to the knowledge of the truth.

We must accept the encouragement of the great Rabbi Saul to pray for our leaders and for the leaders of other nations as well, that we may live a life that enables us to focus on bringing the Good News to all: Americans, Jews and Gentiles, Iranians and Israelis.

I pray the speech goes well and that Americans will continue to support the modern state of Israel and oppose those who seek the destruction of the Jewish people; and to do so as loyal citizens of our great country!