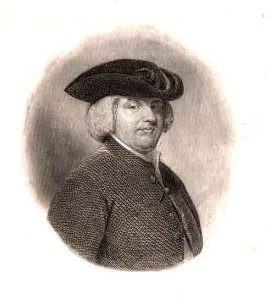 On May 25, 1805 the Christian church lost one of its ablest and most-remembered defenders. William Paley—Anglican minister, professor, and author—is permanently associated with the analogy of a watchmaker and the God of personal theism. He wrote that “the contrivances of nature . . . are not less evidently mechanical, not less evidently contrivances, not less accommodated to their end or suited to their office, than are the most perfect productions of human ingenuity” (Natural Theology, 1802). Paley mined the riches of biology for samples of such contrivance. In his day, the state of scientific knowledge in the field of biology permitted comparatively easy inference to the appearance of teleology in the natural world. Critics today forget this. 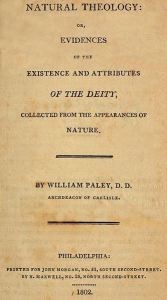 The “demise” of Paley’s design argument for the existence of God is credited especially to a development that was to happen some 60 years later—the emergence of the new theory of evolution, beginning with the publication of Charles Darwin’s On the Origin of Species by Means of Natural Selection, or the Preservation of Favoured Races in the Struggle for Life (1859). Paley’s major work—Natural Theology; or, Evidence of the Existence and Attributes of the Deity. Collected from the Appearances of Nature—enjoyed a pretty good “survival” record itself. His work was considered essential reading at universities for a hundred or more years. Also, some critics maintain that David Hume dealt a decisive blow to Paley’s argument. Never mind that Hume’s Dialogues concerning Natural Religion appeared posthumously in 1779, that Paley was thoroughly familiar with the Dialogues, that Paley developed his argument in express response to Hume’s critique, and that Paley was thought to have bested Hume by many of Paley’s contemporaries. He was not entirely unsuccessful in this endeavor, though some, like John Stuart Mill, believed that they had detected formal weaknesses in his argument. Here is the famous passage from Paley’s Natural Theology:

In crossing a heath, suppose I pitched my foot against a stone, and were asked how the stone came to be there; I might possibly answer, that, for anything I knew to the contrary it had lain there forever: nor would it perhaps be very easy to show the absurdity of this answer. But suppose I found a watch upon the ground, and it should be inquired how the watch happened to be in that place; I should hardly think of the answer which I had before given, that, for anything I knew, the watch might have always been there.Yet why should not this answer serve for the watch as well as for the stone? Why is it not admissible in the second case, as in the first? For this reason, and for no other, viz. that, when we come to inspect the watch, we perceive (what we could not discover in the stone) that its several parts are framed and put together for a purpose, e.g. that they are so formed and adjusted as to produce motion, and that motion so regulated as to point out the hour of the day; that if the different parts had been differently shaped from what they are, of a different size from what they are, or placed after any other manner, or in any other order, than that in which they are placed, either no motion at all would have been carried on in the machine, or none which would have answered the use that is now served by it.

Paley then produces examples of these components in a watch:

To reckon up a few of the plainest of these parts, and of their offices, all tending to one result: We see a cylindrical box containing a coiled elastic spring, which, by its endeavour to relax itself, turns round the box. We next observe a flexible chain (artificially wrought for the sake of flexure) communicating the action of the spring from the box to the fusee. We then find a series of wheels, the teeth of which catch in, and apply to each other, conducting the motion from the fusee to the balance, and from the balance to the pointer; and at the same time, by the size and shape of those wheels, so regulating that motion, as to terminate in causing an index, by an equable and measured progression, to pass over a given space in a given time. We take notice that the wheels are made of brass in order to keep them from rust; the springs of steel, no other metal being so elastic; that over the face of the watch there is placed a glass, a material employed in no other part of the work; but in the room of which, if there had been any other than a transparent substance, the hour could not be seen without opening the case. This mechanism being observed (it requires indeed an examination of the instrument, and perhaps some previous knowledge of the subject, to perceive and understand it; but being once, as we have said, observed and understood), the inference, we think, is inevitable; that the watch must have had a maker; that there must have existed, at some time, and at some place or other, an artificer or artificers, who formed it for the purpose which we find it actually to answer; who comprehended its construction, and designed its use.

This truly economical and accurate description of a watch and its function is impressive. It is described in meticulous detail for a reason, to bring it into comparison with “contrivances of nature”:

For every indication of contrivance, every manifestation of design, which existed in the watch, exists in the world of nature, of being greater and more, and that in a degree which exceeds all computation. I mean, that the contrivances of nature surpass the contrivances of art, in the complexity, subtilty, and curiosity of the mechanism; and still more, if possible, do they go beyond them in number and variety: yet, in a multitude of cases, are not less evidently contrivances, not less evidently accommodated to their end, or suited to their office, than are the most perfect products of human ingenuity.

An astonishing array of natural objects are observed and described next. The inference, of course, is that, there being an analogy between (a) an artifact of the sort that a watch is and (b) objects in the natural world such as the ones he has cataloged, there is an “artificer,” or designer, of the natural world. Darwin was not impressed. He was convinced that the natural phenomena in Paley’s inventory could be accounted for by a process of purely natural selection. But it was not clear when Darwin introduced his thesis, and it is not clear even now, that the full range of natural phenomena are best explained in terms of natural selection. There isn’t space here to defend Paley in detail. But it is key to his argument that close observation and deep understanding of an object may be needed to pick out what is best explained by the design hypothesis. Darwin’s theory entails that fully formed organisms that function in complex ways are the by-products of a long, slow, unguided process. And yet, for many organisms under observation today, at various stages in their developmental history, they lack functional utility. On the Darwinian hypothesis, nothing draws them toward functionality. And for some such organisms, nothing is extraneous to their function once they reach a capacity for function. This is Paley’s basic insight. It has been exploited more recently by Michael Behe, author of Darwin’s Black Box, where the human “contrivance” he uses to make the same basic point is even simpler than a watch; it is the common mousetrap.

While Paley is best known, and most commonly chastised, for his teleological argument, he made other important contributions to the cause of Christian apologetics. His earlier work A View of the Evidences of Christianity, investigates the special evidence that supports apostolic testimony concerning the resurrection of Jesus Christ and defends the historicity of their accounts of Jesus in the Gospels. Those who follow the work of today’s apologists in defense of these claims will recognize the influence of William Paley. (See, for example, William Lane Craig, Reasonable Faith, chapter 8.) Paley’s critics have been altogether too dismissive of his extraordinary achievement. I feel sure that most have never examined his two major works for themselves. These skeptics are as likely as not to have rendered a negative verdict on the basis of brief snippets of Paley’s teleological argument, lifted from context and reprinted in some classroom anthology, or on the basis of hearsay, which is guilty of the same. And many Christian apologists today have neglected the riches of William Paley’s methodical and systematic work. I commend fresh consideration of his writings. Who knows what a ramble in the heath with this great thinker might turn up?