There Arose a King...

Such an innocent phrase, but what a turn for the people of Israel! This change in leadership signaled the start of their oppression. Here was a Pharaoh who “did not know Joseph” (Exod. 1:8). All of the equity that had been built up in Egypt because of this Hebrew’s excellence of character and service was lost. This was a worst-case scenario of new leadership signaling destructive change.

In today’s world we are seeing long-standing dictatorships crumble. But many citizens of these countries say “better the devil we knew than the devil we don’t know.” Millions are living in fear that the new regime will not bring the hope they have envisioned.

It should come as no surprise that in times of leadership change those being led get a bit jumpy. Maybe you are waiting to see who the new senior pastor will be – the one who will have a huge stake in your future as an associate staff member. Or you are witnessing a changing of the guard in your mission organization. My wife and I, along with many of our colleagues and friends, have experienced major changes in leadership in the last couple of years, both here at Talbot (new Dean) and at church (new senior pastor). Happily, our experiences have gone very well.

As new leaders arrive on the scene, one hopes they heed the concerns that Michael Anthony and I share in our book Moving On Moving Forward; A Guide for Pastors in Transition. I unashamedly bring you selected excerpts listing some costly mistakes leaders should avoid when stepping into a new ministry:

If your last ministry was effective, you enjoyed a depth of relational effectiveness with your people. That did not come easy or cheap.  It won’t in your new ministry, either. New beginnings are heady times of optimism and excitement, but after the celebrations are over you must begin to settle into the tough business of getting to know your people. Building trusting and effective relationships will take a lot of time and effort. They will be forged through good times and bad. Not everyone will be as responsive as you’d like.  Certain personalities will be difficult to embrace.

Expecting too much from yourself and others relationally, especially at the start of your ministry, will place an unhealthy burden on everyone. Go easy and give yourself time to know your people over the long haul.

It’s tempting to come into a new job and make changes. People expect it. It shows that you have initiative and vision. But churches aren’t corporations, and moving too fast can cost you dearly. Some would propose that you have about a six-month window to make changes before the concrete begins to harden. The expression ‘strike while the iron is hot’ comes to mind. We say: proceed at your own risk.

Granted, there may be a number of changes your people expect you to make as you begin your pastorate. But changing the service times or going to a contemporary worship service are not among them – at least not now. It’s a good idea to take the first six to nine months and devote yourself to loving the people and being a historian. You didn’t get the whole story during the candidacy process – not by a long shot. Listen and learn from lots of people before considering any significant changes to the ministry. You don’t want to inadvertently harm them by moving ahead too soon.

Medical doctors take the Hippocratic oath upon entering their profession. Written in the fifth century B.C. by Greek physician Hippocrates, the father of medicine, it says in part: “...I will prescribe regimen for the good of my patients according to my ability and my judgment and never do harm to anyone...” This is something pastors should commit to, as well.

Ignoring unresolved conflicts within the congregation

This is a time for setting precedents. Unless you want to shepherd a flock that tolerates simmering resentments and misunderstandings, you’ll commit yourself early to helping people work out their differences. In the early days you have the advantage of not being personally involved in these conflicts. Take advantage of your more ‘neutral’ position to help your congregants get along.

This will not be an easy task. Christian leaders avoid conflict for many reasons. Honestly, I’m not too interested in knowing someone who enjoys it, but I’ve come to realize that ministering to those caught in it is a large part of the shepherd’s task. As people come to trust you, and you become aware of certain issues dividing people, you will have the opportunity to bring some healing.

You might appreciate a three-step process I have found helpful in affecting the ministry of reconciliation. First, enable the individuals involved to express their position(s) on the issue. Often this never happens because people don’t listen to one another. They may need to write out their feelings to start, and then share with the other(s) in your presence their honest opinion. When each party has been able to express themselves, and listen to and hear the other’s position, you’re ready for step two.

Second, determine what each person in the situation needs from the other. Conflict often results from unmet needs, and once both parties have heard one another out, you should be able to identify a few key needs that are going unmet. The final step involves helping each person identify one need he or she could meet for the other. Baby steps are in order here, and one successful act of sacrifice will lead to others. I’m not a trained counselor, but I’ve seen a lot of people learn to love one another in this way, and – through the power of the Holy Spirit – bury a lot of hatchets.

From the first pages of our book Michael and I have encouraged you to be yourself – to be honest and forthright with the search committee. While many people pad their resume, Christians are called to a higher standard. Like anyone, we want to present ourselves in a good light. But our greatest gift to others is to be who God made us and serve them with the gifts and love from his gracious hand.

While it’s not so difficult to be yourself through the candidacy process, it can become very challenging when living with these new people who have called you. Job descriptions are one thing. Expectations from real people sitting in the pews in front of you are another. Suddenly everything is real. The way you preach or teach, your sense of humor, your personality, what you like to do on your day off – all these things and more come under scrutiny and criticism. The temptation is to become what others want you to be.

Don’t cave in. Be yourself. Don’t be inflexible, but be who you are. If you take on a personality that is not who you really are, you’re going to be stuck playing the game for the entire time you’re there. And you’re going to make it difficult for people to learn that we love one another because He first loved us – not because we look or act a certain way. My mentors have encouraged me through the years to (1) be secure in who I am in Christ (Eph. 1); (2) have nothing to prove (be secure in God’s unconditional love); and (3) be the same person at home that I am in my public ministries. Live your life with integrity and consistency. It will be a most cherished gift to your flock.

Putting vision over people – Vision goes hand in hand with fresh starts. In part, you were called to bring a breeze of anticipation to the ministry. People are looking for new direction, a call to faith, exciting possibilities. The temptation for you will be to strike out on the adventure and drag folks along who aren’t ready for the journey. It’s not that they don’t want to come along, but they first need to know that you care about them. They need to know that they are more important than your dreams.

One outstanding example of how to do it right is a pastor friend of mine in upstate New York who became a minister of a 200 year-old church. A young seminary graduate, he was brimming with ideas that would turn this aging collection of saints into a dynamic center of spiritual renewal. He realized quickly, however, that launching his vision would have to wait. The majority of his church leaders were unsure of their relationship with Christ. Biblical knowledge was at a low ebb. The congregation was struggling to believe they had any kind of future.

This young man did the right thing – he loved them. The elders came to embrace their faith. Congregants resolved old issues with one another. Basically, the fellowship regained its health and in the process fell in love with their shepherd. This faithful brother has been serving this church for over fifteen years. His last email talked about new converts and spiritual awakening happening in a radius of fifty miles. His vision is being realized – and his congregation is in the middle of it – and loving it.

There Arose a Pastor... and the people were blessed! 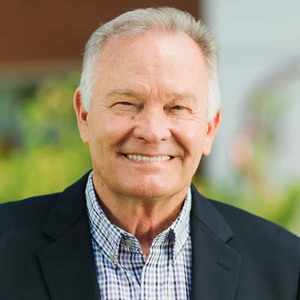