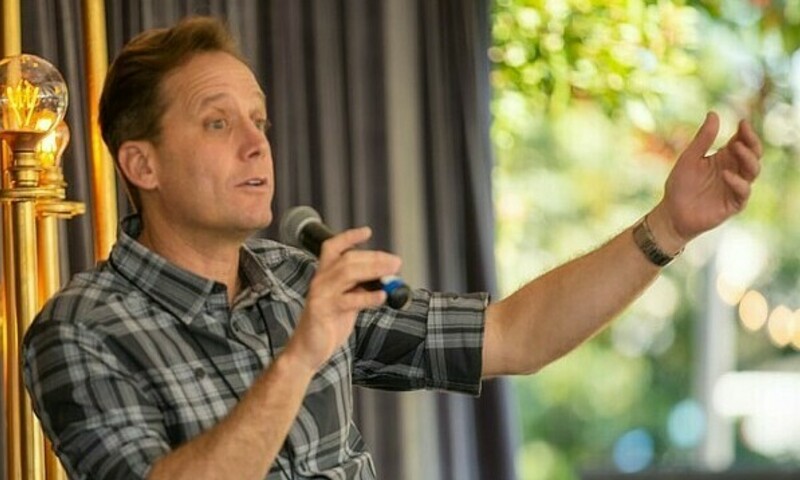 “Entrepreneurship is not just interesting, but really truly divine. Creating quality win-win products and services that transform lives is divine. That's what God did. He created out of nothing,” said Van Cleve at a Biola University Crowell School of Business Distinguished Speaker Series event in October. “As Christians, we get to do that too, and we have this ridiculous, unfair advantage because we know the mind of God. We have His presence inside us. And because we have deep security in our own relationship with Him, we can do risky things because it's okay.”

Van Cleve is managing partner of Hangar 75 Ventures, a venture factory based in Irvine and London. He has an extensive background in real estate development locally and in Eastern Europe. He has a master’s degree in international studies from Fuller School of Theology, and serves in leadership roles in his church and in local politics. He is regularly on the OC50 list of top influencers in Orange County. He is also chairman-emeritus of TechCoast Angels, a consortium of “angel investors.”

Van Cleve went to Wharton business school at the University of Pennsylvania where a Christian ministry there led him to his commitment to Christ. After graduation, he signed up for a six-week mission trip to post-communist Albania, long considered a closed country with only three known believers in the whole country. He met his wife, a missionary from the country of Sweden, and ended up staying in Albania for 19 years.

“I went to a Lausanne conference for world evangelization and stumbled into the ‘business as mission’ track, and realized these were my people, this is what I’m wired for,” said Van Cleve. “And all of a sudden I had changed from a traditional missionary to a business-planting missionary. We started a real estate development company, helped a number of other friends start their own companies and just had a crazy ride, growing businesses. It was a better use of my skills and I was excited to wake up every day and dive into this.”

Van Cleve and his family moved back to Southern California, and he continued his work of helping others incubate their businesses, specifically by becoming involved with “angel investing,” which gives support to start-ups before most investors are not prepared to back them.

Van Cleve offered the following five insights during the event.

1. Pay attention to your own race

“In Hebrews 12 it says ‘Let us run with endurance the race that lies before us.’ I believe that there is a race that's marked out for each one of us, and our job is to be looking and listening and be obedient to that. That requires looking at your own life. What kinds of little jewels and stones — like Pilgrim’s Progress — has He put along your way? Those are likely clues to where you’re heading.”

2. Your race may not be straight and direct — it may be more like a pilgrimage

“I’m a systematic guy; ‘how does A lead to B lead to C?’ But my own life has been anything but. As it says in the book of James, you can’t just say ‘today or tomorrow we'll go here or there; you should say, if the Lord wills, we'll do this or that.’ We don't actually know what tomorrow brings, but we are His workmanship, not our own, and it's His plan that’s being worked out.”

“There's a great danger in looking at other people's journeys, and to hurry and fear that you’re missing something. There's also a strong danger in looking at non-believers and being tempted by the material fruitfulness that can come from disobedience. In Psalm 73, the writer says ‘my feet almost slipped, my steps nearly went astray, for I envied the arrogant; I saw the prosperity of the wicked.’ That can be tempting, too. I go back to Hebrews 11 and 12, that cloud of witnesses who didn't have it all, whose life wasn't easy, but they looked at the promises and trusted God and His race for them and decided it was worth it. So press on.”

4. Your race may involve the mundane and routine

“When the Israelites were headed for captivity in Babylon, some advocated for resistance and rebellion, but God told them, ‘Just do the routine; plant crops, get married, have babies, do well what is asked of you.’ That was God’s plan for them. As in Proverbs, align yourself with wisdom — do what makes sense. This kind of faithfulness means not focusing on the mountaintop experiences. It’s faithfulness to reach out across the street to a neighbor, faithfulness to tend to a sick relative for a couple of years.”

According to Van Cleve, this “faithfulness to the mundane” is sometimes misunderstood by people who want to get involved in start-ups.

“An entrepreneurial activity still requires a broad team. A visionary is necessary. But you also need operations. You may need specialists or engineers. Sometimes you need a deal maker who can translate the vision into sales or into funding. So you don't have to be an entrepreneur to join an entrepreneurial team.”

5. Be open to your race changing radically

“It happened to Paul in Acts 16. He’s following this logical route, planned out in advance, very systematic. Then suddenly he has a vision of a man from Macedonia, telling him to come over. Paul believed that God was saying, ‘Thank you for being faithful in the mundane, but I've got something new for you, and it's not what you expected, but I'm in it.’ And Paul's response is ‘Great, I'm in!’” 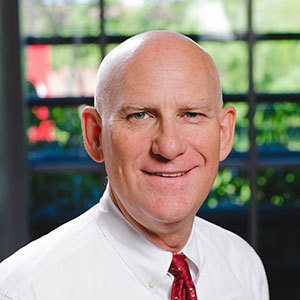