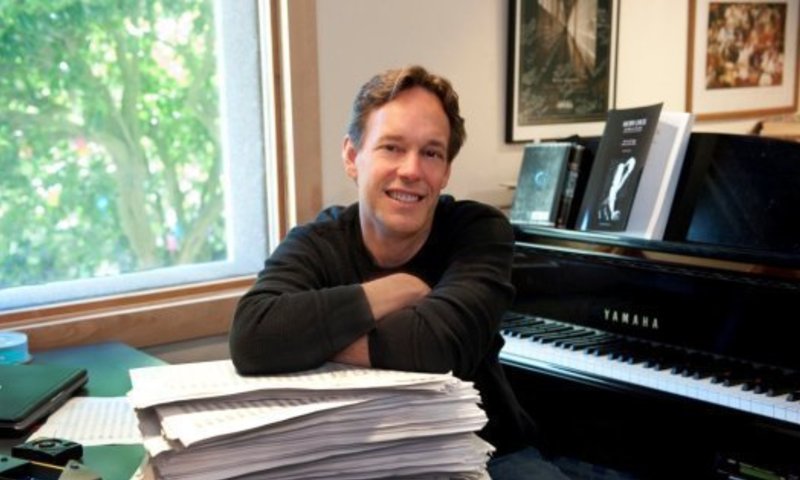 On March 29, 2018, Jake Heggie, one of the most renowned modern, vocal composers was interviewed by students from Biola’s Conservatory Song Literature II class. Adjunct professor Joel Balzun made the connection since he worked with Heggie personally while performing Heggie’s opera Dead Man Walking in the Summer of 2017 at the Miami Music Festival.

During the interview, the class asked Heggie a variety of questions, including his favorite voice type for which to compose, his composition process and the current projects he’s tackling. Balzun reflected on the insight Heggie provided to his class and to him personally.

“He has an incredibly unique background and a one-of-a-kind perspective on music. His philosophy on music - in its creation, production, and thought - is strong, relevant, and I think filled with great truth,” said Balzun. “I also think it's a great experience to ‘humanize’ composers in a setting like this. Singers and composers don't often work together in an academic setting, which I think is a real shame - and results in a lot of poorly written vocal music! For our students at Biola to have the experience of speaking with one of the most accomplished opera and art song composers working today in the intimate setting of our Song Literature class is something that I hope will impact them for years to come. I know Jake's words were nothing short of inspiring to me, as well!”

The students debriefed their experience and many shared similar thoughts as Balzun. They expressed how meeting a living composer “humanized” composers for them. After learning about primarily deceased composers for the majority of Song Literature I and II, the opportunity to interact with Heggie was exciting for them.

Student Laurel Coddington, who was able to connect what Heggie, resonated with his perspective of songs needing to be transformative.

“I loved that Heggie said that he believed songs should be both truthful and transformative. He gave us this analogy of ‘taking a trip to the well’ to be able to sit in the emotions and story of the piece,” said Coddington. “Only after doing that can we then invite the audience to take their own ‘trip to the well.’ For me, that encompasses my purpose as a Christian performer. I want the audiences I sing for to feel the depths of the emotions I portray and be transformed in some way. Whether I’m singing a sacred piece or not, every performance is an opportunity to share beauty and truth.”

Balzun hopes to make these type of interviews an annual occurrence in the Song Literature classes so that vocal performance majors have the opportunity to learn from living composers.