Cinema and Media Arts Alumna Launches Her Career at Disney 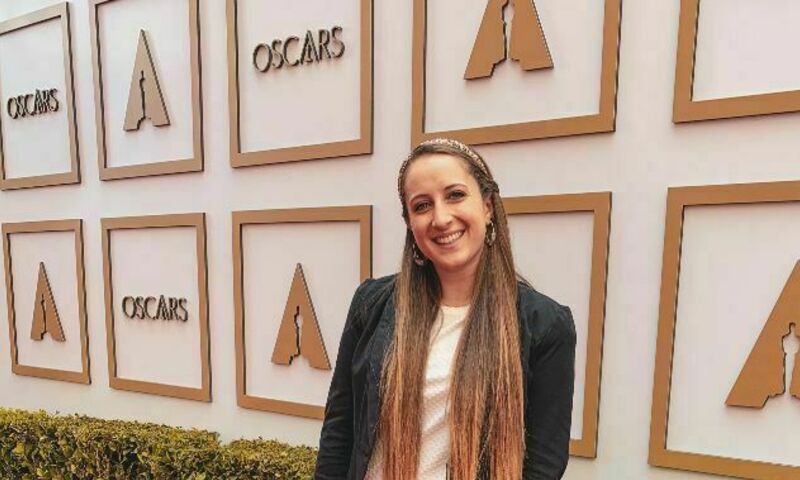 Sierra Stoltzfus (’20) had been applying for internships with Disney since her junior year at Biola University. As a School of Cinema and Media Arts student with a concentration in production, she had always enjoyed editing. Finally, at the beginning of her senior year, she received her first response from a recruiter.

“I didn’t get the first internship I was interviewed for,” said Stoltzfus. “But the recruiter kept me in mind when hiring for the spring positions and I got invited back to interview for a position I didn't even apply for, which is the role I ended up getting!”

Stoltzfus started interning with Walt Disney Television in January 2020, during her final semester at Biola. She began as a production intern for the Creative Content department at ABC's Owned TV Station in Los Angeles, which consisted of helping with interviews, setting up video shoots and editing social media videos. Unfortunately, the internship was cut short after two months due to the pandemic, but she was invited back in September of 2020 to continue interning remotely with the same team.

“At this point, my supervisors already knew my capabilities as an editor and they helped me transition into a full-time junior editor position by taking on more responsibilities and producing my own videos,” said Stoltzfus.

Now as a junior editor, Stoltzfus edits short-form videos for ABC7's shows “On the Red Carpet” and “Localish” which are broadcast on television, social media and online at ABC7.com. These videos range from celebrity interviews and entertainment news to documentary-style featurettes of people, places and food in Southern California. Some notable projects Stoltzfus has edited include the Oscar Awards pre-show and post-show on ABC as well as pre-shows for the Country Music Awards and American Music Awards.

“As a fan of Marvel and Disney Parks, I also really enjoyed editing videos about upcoming Marvel movies and shows for a special editing of ‘On the Red Carpet’ at Disneyland Resort’s Avengers Campus,” she said.

Stoltzfus was one of several interns featured on the Good Morning America digital billboard in Times Square, NYC. The program’s recruitment team had surprised her and a couple hundred other people who had been part of the program by displaying their headshots on the billboard earlier this summer.

“This role aligns really well with my career goals because I’ve been able to take on a lot of responsibility in the editing I do coming straight out of college,” said Stoltzfus. “By taking ownership of the videos I produce and edit on my own, I’m well prepared to continue a career in editing creative content. Moving forward, I want to further develop my skills as a self-motivated editor and hopefully work on more projects for Pixar, Marvel and Disney Parks.”

Stoltzfus noted that the practice of making authentic connections and truly caring about the people she works with is something that was exemplified by her Biola professors, coworkers and fellow students.

“CMA provided me and my peers with an abundance of opportunities to gain industry-standard experience as students,” she said. “When I first started my internship, my entire team was impressed that I not only knew how to edit and operate camera equipment, but I also had a strong sense of honest storytelling.”