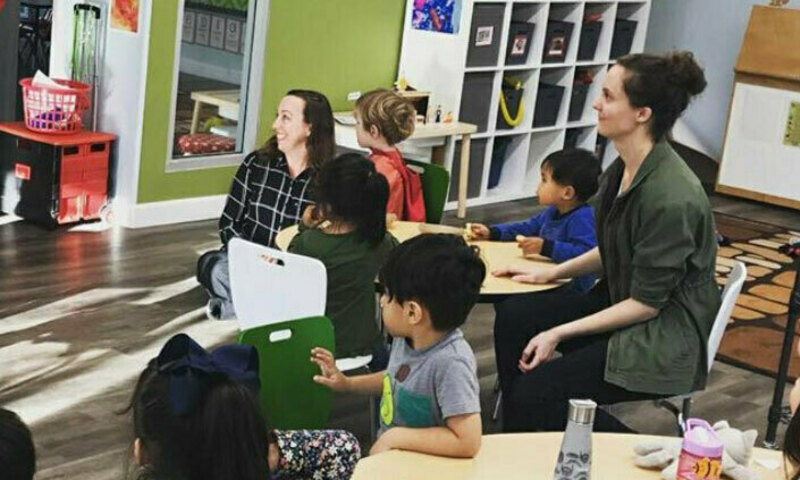 preschool, Little Learners Exploration Academy in Whittier, Calif. To address the learning gap she found in preschools in the U.S. In 2003, Parker completed her master’s degree in education at Biola’s School of Education, a vital part of her journey toward opening Little Learners Exploration Academy. She taught kindergarten and first grade in both public and private schools for 13 years prior to feeling called to develop her own curriculum and start a preschool.

“I am most proud of the intentionality and creativity that God brought forth in this curriculum as well as the positive impact it has on parents and teachers as well as students,” said Parker.

Parker wrote her curriculum to support three goals, to train and educate teachers, prepare children for formal schooling and to equip and support parents in their role as their child’s educator. Parker’s interest in her school’s development began after researching preschools in the United States and noticing major learning gaps.

“As I researched and studied more and more about preschool in the United States, I noticed clear gaps of learning that were being perpetuated by a view of preschool as merely daycare. Teachers and directors looking to actually educate children are left on their own to decide what and how to teach,” said Parker.

After teaching four years as a kindergarten teacher and serving for two years as a preschool administrator at a local school, a preschool parent impressed with her leadership and knowledge in child development offered to invest in and help find additional investors for her to start her own preschool.

“My investor was previously a parent of the first preschool where I was an administrator while I was writing the curriculum,” she shared. “He himself is passionate about education and believed in me enough to finance this incredible dream that I never knew I had been dreaming.”

Parker’s education at Biola impacted her career by providing knowledge, encouragement and a developed biblical mindset to practically use her gifts as an educator.

“Biola has an outstanding education program as well as reputation in our local private and public schools. Their teachers are consistently sought after for their integrity and professionalism,” said Parker.

The prechool’s property is located on the grounds of a Lutheran church that once held a preschool. Parker, with an architect, was able to renovate and redesign the space. The preschool is specifically designed to let in a lot of natural light. Other features in the redesigned space include a large playground and garden, three large rooms that house an exploratorium for science and art, a city for dramatic play called Little Land and a theatre for dance, yoga, acting and running. One way mirror windows were also added in all readiness rooms for observations to take place without interrupting childrens’ learning.

Parker’s connection with Biola continues as she has partnered with Biola’s nursing and education departments to offer the preschool as a learning lab for students and teachers. The school will serve as one of Biola’s early childhood laboratory schools under the direction of Director of Early Childhood Education professor Lorena Vidaurre.