From Pines to Palms: Transferring to Biola 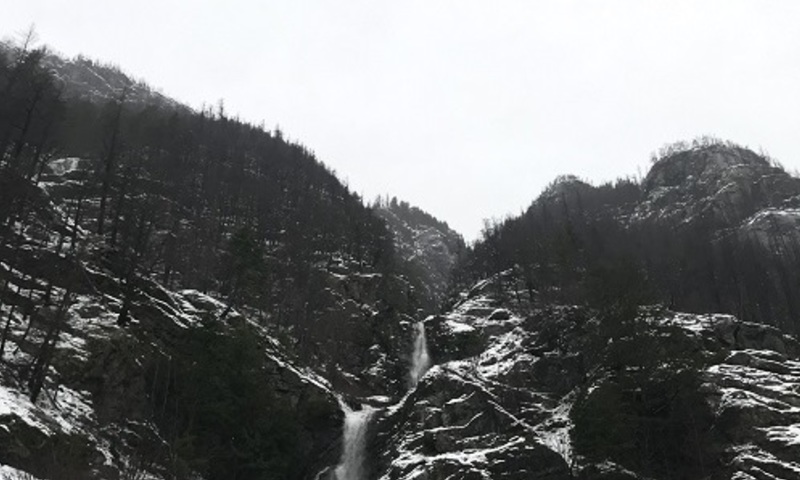 Hope you all are well and can find peace amongst the busyness of this semester. We're in full swing, now!

My name is Lavender, pleasure to meet you.

I wear the hat of Blog Content Coordinator for Becoming Biola, which means I am the house elf behind this blog. Typically I am the one editing blogs, not writing them - but when the delightful opportunity arose to step on the other side of the fence, I could not resist. So, here we are.

As a junior majoring in English Literature, this spring happens to be my second semester at Biola.

I transferred to Biola from a university in the Pacific Northwest. My first university still exists to be a public, secular school of higher education known most for their Environmental Science program. It is a realm of laid-back hippies, London Fogs on genuine foggy days, and no umbrellas despite the rain.

As high school came to a close back in my hometown in California, my heart sang for color-changing trees and sweater weather. This university offered just that, and so I went.

A few months before flying out to the Pacific Northwest, I took up a camp counseling job nearby. A co-worker and I often had the same shifts together, and towards the end of the summer, he gave me a Bible. It was the second Bible given to me (the first many years before), but this one catalyzed a heart-stirring. A spark lit inside of me. After two decades of stagnancy in faith, I wanted to know God.

When I hopped on that first plane out, that pocket-sized Bible came along in my carry-on. It was a constant and faithful companion during that season up at that university amongst the mercurial weather and pleasant creatures.

It rained there! Rained! Actually, properly, you need a coat rain! The trees turned different colors! Deer would cross streets, unafraid. A chipmunk would chitter at me as I headed to class. It snowed!

A moose and I came face to face once! His eyes were brown and warm, his nose shiny with wet, and his antlers half my wingspan. We stared at each other for a beautiful moment, and I was struck by how much intelligence his gaze held.

Beaches had stones instead of sand, the hosts of evergreen pines would come straight up to the waterline. It would be so, so quiet waking up to a blanket of snow outside. People wore coats! It was a gift every day to wake up and have to put on a sweater (and keep it on, no less).

I learned many things at that university: how to layer up in the winter months, that it was most certainly not cool to have an umbrella in the town we were in, keeping sweet rolls on your window pane kept them from perishing (an effective fridge if one was lacking a fridge), what a London Fog is and even how to avoid black ice.

It was a dream come true.

And I loved it.

A year and a half in, my heart had begun to sing a different tune, conducted by Scripture and many coffee talks with people who reflected God.

The new song was not just for fire-colored trees, but people who had hearts on fire themselves.

But that new song was momentarily quieted.

As an English major, I read and write a lot. The Biola canvas bags given out by the English department tell the truth: “I’d rather be reading.”

At my previous university, three out of my six literature courses taken assigned excrement-focused/sexually explicit books. All three of those classes were upper division and were anchored in different genres and time frames.

The future in an English major looked delightful for a lover of the excrement-focused, but bleak for a fledgling Christian.

Spending three hours a week - an hour and a half every other day - talking on the symbolism of obscene animalistic human capabilities quickly became mentally and spiritually exhausting.

I spoke to others back home. Most of my childhood friends are not Christian, and reported back that while their schools were stressful (as university unfortunately tends to be), they absolutely loved it. Many of my friends were not English majors - my two closest upon graduation of high school went off to pursue Graphic Design and Forensic Chemistry.

Neither of them seemed to have this sense of burnout exhaustion from the way their major core classes were taught.

Questions arose: Was it just me? Was I the only one bothered by this?

One of those days, it was just beginning to snow and the brick open-air foyers between classes had been salted to avoid the build-up of ice. I headed across the main foyer square to snag a pastry and a cuppa (a cup of tea) before my next class. It’s the little things in winter that keep you warm.

The salt crunched beneath my boots. It was so, so quiet otherwise.

The barista called out my order. It began to snow harder outside, the wind very clearly directing the white flurries. The paper cup burned my hands even through the corrugated coffee sleeve. The sensation jarred me out of my reverie, and for the first time in a while, I felt the disillusionment clear just enough.

A single sentence, every word a tear in the muted blanket around my singing heart: There is more than this.

Those words were not my own. I like to think they were His.

Part two to come, keep your eyes on this space!