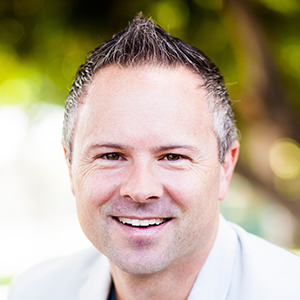 Sean McDowell is a gifted communicator with a passion for equipping the church, and in particular young people, to make the case for the Christian faith. He connects with audiences in a tangible way through humor and stories while imparting hard evidence and logical support for viewing all areas of life through a biblical worldview. Sean is an associate professor in the Christian Apologetics program at Biola University. He is the Resident Scholar for Summit California.

Sean still teaches one high school Bible class, which helps him have exceptional insight into the prevailing culture so he can impart his observations poignantly to fellow educators, pastors and parents alike. In 2008, he received the Educator of the Year award for San Juan Capistrano, Calif. The Association of Christian Schools International awarded Exemplary Status to his apologetics training. Sean is listed among the top 100 apologists. He graduated summa cum laude from Talbot School of Theology with a master’s degree in theology and another in philosophy. He earned a doctorate in Apologetics and Worldview Studies in 2014 from Southern Baptist Theological Seminary.

Traveling throughout the United States and abroad, Sean speaks at camps, churches, schools, universities and conferences. He has spoken for organizations including Focus on the Family, the Chuck Colson Center for Christian Worldview, Backyard Skeptics, Cru, Youth Specialties, Hume Lake Christian Camps, Fellowship of Christian Athletes and the Association of Christian Schools International. Sean has also appeared as a guest on radio shows such as The Michael Medved Show, Family Life Today, Point of View, Stand to Reason, Common Sense Atheism and the Hugh Hewitt Show. Sean has been quoted in many publications, including the New York Times.

Sean is the author, co-author or editor of over 18 books including So The Next Generation Will Know (David C. Cook, 2019), Sharing the Good News with Mormons (Harvest House, 2018), Evidence that Demands a Verdict (Harper Collins, 2017), A New Kind of Apologist (Harvest House, 2016); The Beauty of Intolerance (Barbour, 2016); The Fate of the Apostles (Routledge, 2015); Same-Sex Marriage: A Thoughtful Approach to God’s Design for Marriage (Baker, 2014); Is God Just a Human Invention? (Kregel, 2010) and Understanding Intelligent Design (Harvest House, 2008). Sean has also written multiple books with his father, Josh McDowell, including The Unshakable Truth, More Than A Carpenter and Evidence that Demands a Verdict. Sean is the general editor for The Apologetics Study Bible for Students. He has also written for YouthWorker Journal, Decision Magazine and the Christian Research Journal. Follow the dialogue with Sean as he blogs regularly at seanmcdowell.org.

In April 2000, Sean married his high school sweetheart, Stephanie. They have three children and live in San Juan Capistrano. Sean played college basketball at Biola and was captain his senior year on a team that went 30-7.

Chasing Love: Sex, Love, and Relationships in a Confused Culture