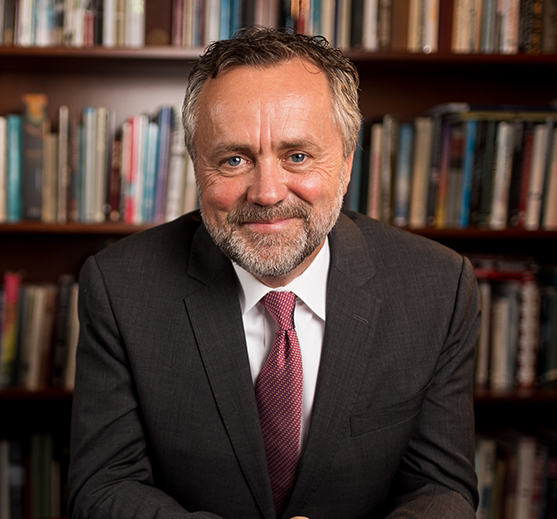 Barry H. Corey is the eighth president of Biola University. Since assuming the role in 2007, Corey has led Biola into its second century with the launch of an ambitious 10‐year university plan, completing the largest fundraising campaign in Biola’s history by exceeding its $180 million goal, creating four new academic schools and embarking on a major university transformation journey to position Biola to flourish for decades to come. He has done this while honoring the mission of the university and its unique contribution to the landscape of higher education.

A native of New England, Corey previously served as dean of the faculty and vice president for education at Gordon‐Conwell Theological Seminary as well as its vice president for development. He received his B.A. in English and biblical studies from Evangel University and his M.A. in American studies and Ph.D. in education from Boston College. As a Fulbright scholar, Barry lived in Bangladesh, where he researched educational programs for children of the landless poor. Corey is the author of the books Make the Most of It: A Guide to Loving Your College Years (Tyndale, 2020) and Love Kindness: Discover the Power of a Forgotten Christian Virtue (Tyndale, 2016), and his writing has been featured in publications like The Washington Post, The National Review, Relevant and Converge, among others.

He and his wife, Paula, have three children: Anders — who is married to Ashley — Ella and Samuel.