Michelle Lee-Barnewall (M.A. ’93), associate professor of biblical and theological studies, has contributed widely to New Testament scholarship. In 2017, she received Christianity Today’s Award of Merit in Biblical Studies for her book, Neither Complementarian nor Egalitarian: A Kingdom Corrective to the Evangelical Gender Debate (Baker Academic, 2016). She has been part of Talbot’s faculty since 1999, and primarily teaches undergraduates in the Biblical and Theological Studies Department.

Q: What first interested you in pursuing New Testament Studies as your vocation?

I didn’t set out to be a New Testament scholar. After I graduated from college, I taught at a Christian school. After a couple years, I began to have a desire to go to seminary, simply because I wanted to learn to study the Bible better. When I got to Talbot, I discovered that I really enjoyed learning about the New Testament, particularly the cultural background, and sensed a calling to go on to get my Ph.D.

Q: What areas do you specialize in New Testament studies?

My primary area of study in graduate school was Paul’s letters, but I have also become very interested in exploring a theology of gender.

Q: Your desire for students is for them to develop their relationship with Christ through an application-oriented understanding of Scripture. How do you help facilitate this?

One of the classes I teach is called “Biblical Interpretation and Spiritual Formation.” In the class, we practice a number of disciplines. We also talk about the biblical basis for them and how they might impact us based on what Scripture says about how we relate to God. My hope is that once the students see how beneficial they are and understand how they integrate with the way God has made us, they will want to incorporate them more into their daily life. So, I try to provide an opportunity for actual experience and an explanation of the biblical basis.

Q: Your book, Neither Complementarian nor Egalitarian, received one of Christianity Today’s 2017 Book Awards. Can you tell us about the book’s main thesis, and how you developed an interest in writing it?

The basic idea behind the book is that there may be another way to talk about gender beyond the current structure of the debate as a choice between being a complementarian or an egalitarian. I became interested in the topic because I thought there were questions that neither side was answering. The current debate revolves around the idea of whether or not men have a special leadership function or “authority” in the church and the home, or whether women and men are “equal.” However, I try to argue that in viewing gender primarily in these terms, we may be overlooking the contribution of significant New Testament ideas such as unity, holiness and the concept of “reversal,” which we see in statements such as the “last will be first” (Matt. 20:16). This last idea is important because it reminds us that God’s ways are often confounding to the natural mind, and so perhaps we can also expect a biblical understanding of gender to be similarly radical and challenging.

Q: How do you think your study can aid the church in moving beyond the apparent impasse in the complementarian/egalitarian debate?

One of the things I have found interesting in terms of the response to the book is the number of people who have said they have also been dissatisfied with the current approach, and that the book has given voice to some of their thoughts. I hope it can give people an opportunity to talk about this important issue in a different way and provide a means for some of these voices to enter into the discussion.

Q: What new avenues of research are you exploring?

My latest project is a book on the parables. I’m trying to integrate the historical and cultural background to the parables with a spiritual formation focus. It’s a different kind of a project for me, and it’s been a lot of fun to work on.

Q: What activities do you enjoy doing when not teaching or researching?

I love hiking, going to the beach, and just in general, being in beautiful places! My husband and I would like to explore some national parks this summer. I also like hanging out at Barnes & Noble. I can easily spend hours there. 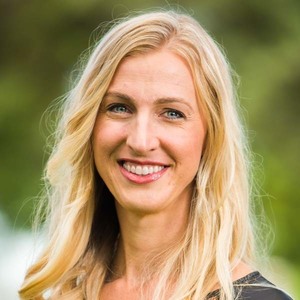