Living Out Your Passion 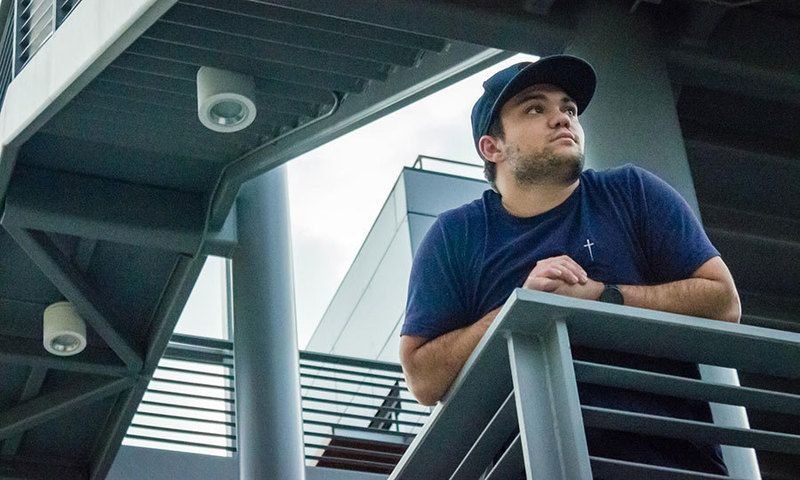 Before Joe came to Biola, he didn’t have the resources to pursue his true passions. He lived in a small town, went to public high school, and had a church that supported him in his pursuits.

His passion for spoken word came as a surprise to his family. He thought about being an engineer or an architect, aligning with more practical professions that run in his family.

However, after hearing a friend talk about a broken relationship in his life, Joe decided to write about it, resulting in a spoken word poem. After reading his piece to one of his teachers, he was encouraged to keep writing.

However, his family was cautious about the idea. Especially his dad, who didn’t understand and worried about his financial future.

Thankfully members at his church encouraged him to pursue spoken word. But performing at his church wasn’t enough to get his dream off the ground. There were very few venues in his city that would put him on. He felt little room to grow.

Joe wanted to be a spoken word artist, but he didn’t have the right people to support him, the knowledge to hone his craft or the platform to spread his messages.

All of that changed when he came to Biola.

Initially, Joe didn’t want to attend a Christian college. But as he resisted the idea, he felt God wanted him at Biola. So he took a chance and packed his bags.

He soon saw the opportunities he had at his disposal.

He majored in Bible with a Journalism minor. He says his Bible major helps him to learn practical theology for his doctrine-influenced poems.

Joe hopes his Journalism minor will develop his skills in publishing and writing so he can further spread his work.

Joe also found support from students in the Spoken Word club. Some of his major points of growth as an artist have come from weekly club meetings.

He says that he used to rhyme in his poems to sound polished and clever. He was challenged by a fellow member to stop rhyming and, “be naked” when he wrote, which helped him bring honesty in his writing.

As his work has grown and gained legitimacy, Joe’s family has come around to the idea of being a spoken word artist, especially his father. In the past his dad wouldn’t even come to watch him perform, now he readily attends Joe’s events.

Joe has been fortunate enough to gain direct experience in his passion at Biola. He now has a valuable body of work to show for his dedication. Experience like this is crucial to moving forward in one’s career aspirations.

Since trusting God’s leading to Biola, Joe has gone from a place where his dream had little momentum to gaining others’ support who are like minded, valuable knowledge from Bible classes, and a platform for his art. Now he’s riding that wave of support and furthering his art.

Trying to figure out how to use your passions? Schedule an appointment with the Career Center in Handshake today!