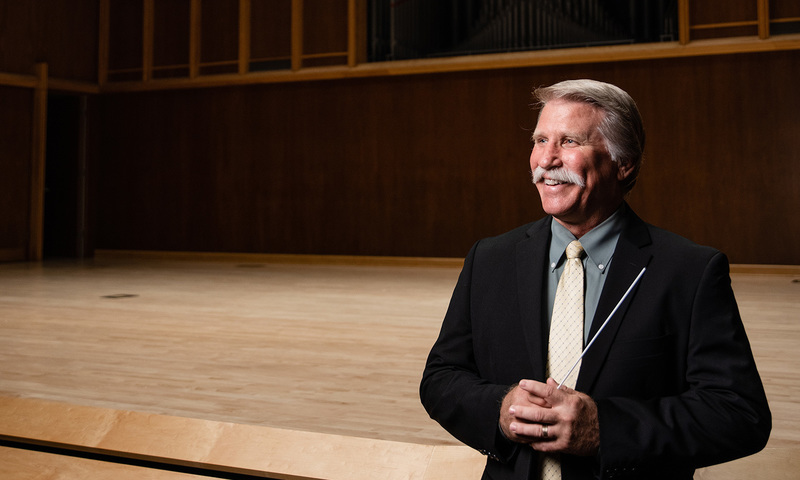 Professor Robert Feller, for more than 30 years, has pursued musical excellence as area coordinator of the woodwinds, brass and percussion. After serving as an adjunct for five years, Feller joined the faculty full time. His efforts have made a significant impact on Conservatory students.

The Symphonic Winds, a 50-member wind ensemble led and directed by Feller, ended the 2018–19 academic year with a day-long recording session at Warner Bros. Studios’ Eastwood Scoring Stage, one of three large scoring stages that remain in Los Angeles.

“It was a tremendous opportunity for our students to be recorded by the same engineers and staff that work on major motion pictures,” said Feller. “Our students rose to the occasion and played beautifully.”

The Symphonic Winds, noted for the quality of its performances, had other notable performances this year.

“This has been a memorable year,” said Feller. “Of note was a multimedia performance of Alex Poelman’s Seven Wonders of the Ancient World. We also performed an entire concert of music written by Sterling Maffe (’19, B.M.), whom I think we will hear from in the future as an important film composer.”

Feller recalls the growth of the area, specifically the Brass Ensemble, which has expanded over the years.

“This year we have seven trumpets, six horns, four trombones, one euphonium, one tuba and three percussionists,” said Feller. “It has been a delight to see the program expand in breadth and quality.”

In his role, Feller is responsible for hiring the finest adjunct faculty and studio artists to instruct applied lessons.

“We sought to continually raise the bar of our part-time applied instructors,” said Feller. “As I look at the current roster, I see they are all great musicians who love to be at Biola. Many of our applied instructors have stated that Biola students are their favorite students.”

The applied instructors at the Conservatory are some of Los Angeles’ finest studio musicians with hundreds of film and media credits to their names.

“It may be difficult to come up with a recent major motion picture soundtrack that doesn’t have at least one of our applied instructors performing on it,” said Feller.

As the director of Symphonic Winds, Feller also leads a partnership between the ensemble and missions organization Heart to Heart International Ministries. This past summer he took members of the Symphonic Winds to Bucharest, Romania for the seventh time. While in Romania, students served in orphanages and used music as an outreach tool to village communities.

“We believe in glorifying God through our performance and also through service,” said Feller.

To learn more about the woodwinds, brass and percussion area, visit the Conservatory of Music website. 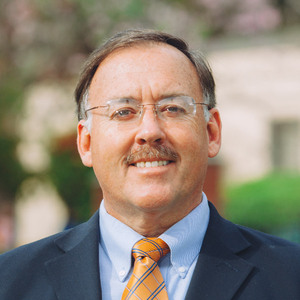