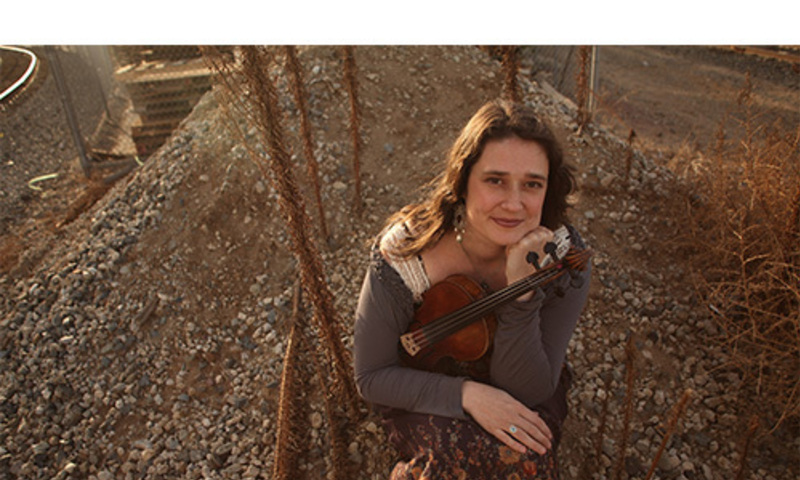 Elizabeth Larson, associate professor of violin and chamber music, and her trio members, Soo Bae and Mia Chung, released their first album, a recording of the three Brahms piano trios, in spring 2017.

Their trio was born out of a decades long friendship with one another after coming to know each other through mutual friends and beginning to play together casually. Larson recalls the joy of their friendship and collaboration.

“All of us had other projects we were doing with other colleagues and so we always decided we would do projects together that came out of the joy of playing certain pieces or concerts, but that we would not try to officially become a trio with all that that entailed,” said Larson. “It was a way to keep the mission and focus on friendship and God, which was the real tie that bound us – and not on the business of making music, which was a very refreshing approach.”

Chung also recalls the particular afternoon that they decided to pursue this project.

“The idea came up spontaneously, but it came as no surprise,” she said. “Our friendship has been a rich one that goes back roughly 20 years, so it only seemed natural that we would work together one day. Thus, relationship outside of music birthed collaboration, and not the opposite, which is more often the norm in professional chamber music.”

Larson recalls that all three of them loved the idea of learning the three Brahms trios. She explained how wanting to learn the trios naturally led to the idea of recording them.

“We had all long-loved Brahms and then sort of out of the blue we all said, ‘what if we got together and learned all three of his trios as a project?’” said Larson. “And then learning them over time and going deeper and deeper into this one composer turned into performances of them, which turned into wanting to have something to remember it all by. Around that time, then, Soo told us that Concert Artists Guild Records in New York were interested in recording the project and so the CD idea was born.”

This project was no easy collaboration as each member of the trio lives in a different city spanning both coasts of the US. Logistically, the odds were not in their favor. Larson recalls that her weekly schedule was gruelling during those years.

“I would teach at Biola full-time from Monday through Wednesday and then board an overnight flight to go to New York for rehearsals, concerts and masterclasses, sneak in seeing family if possible and then I would fly back on Sunday and start it all over again,” said Larson. “I did that almost every week, for years … The experience was rich and I am still amazed at how it worked but I had told God all along ‘as long as you lead this and give me the strength to live these things out, I will board these planes and show up to see what you do,’ and He indeed showed up.”

The actual recording process happened over three days, one for each trio. The editing process, however, took many long hours as they decided which recordings to use and communicated with each other across the 3,000 miles that separated them. Larson remembers the difficulty and excitement of that time period.

“It was fascinating and painstaking and wonderful all at the same time, because we knew every moment of it together, so in a way, none of it was lost in the end result,” said Larson. “That was also friendship-building to bond through this second process of the art of editing.”

The title of their album is “Three Strands,” a reference to Scripture. Larson further describes the significance of this title.

“This CD is called ‘Three Strands’ based on the scripture that says, ‘A cord of three strands is not quickly broken’ as a reflection of the three works of Brahms on the CD, the three of us playing three instruments in the trio and being friends, and also the way it was based on the Trinity of God and His being three-in-one,” said Larson. “We knew that there was so much practically speaking that was against a project like this working with our logistics at the very least, and that without Him, we would have ‘quickly broken.’ We watched as time and again, it was clear to us that only total dependence on God would ever make this work, and without that, even a recording of this magnitude being completed, while viewed as a success by the outside world, if it did not have God at its center – it was meaningless and ‘broken’ in reality. We were humbled over and over by this truth and we know the CD is really about that.” 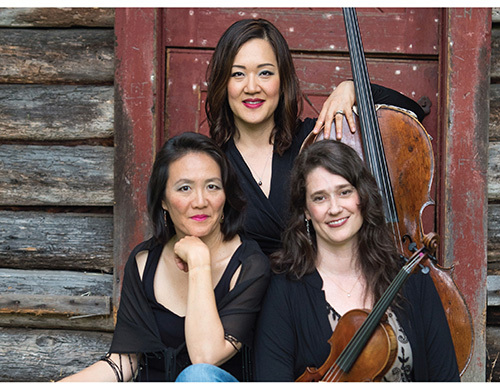 The lessons Larson learned throughout this journey are ones that she takes with her into each day. As she teaches Biola students her biggest hope is to instill lifelong values in them.

“In all we do, no matter whether it is music or not, as children of God, there is nothing more important than hearing God’s voice and following after Him with all that we are; that to give over everything to Him is not just words we use or a good idea. It is at the core of everything,” said Larson. “When He is that ‘cord’ in the middle of our life, our being and our decisions, it is the difference between a life that is ‘quickly broken’ or one that is full of His very, absolute best for us, born of His love for us – this is the important point. And there is nothing better to desire than His best, to be loved by Him.”

To purchase a copy of “Three Strands,” the album can be found online here. Current Biola students and employees can contact Elizabeth directly for a CD at elizabeth.larson@biola.edu.