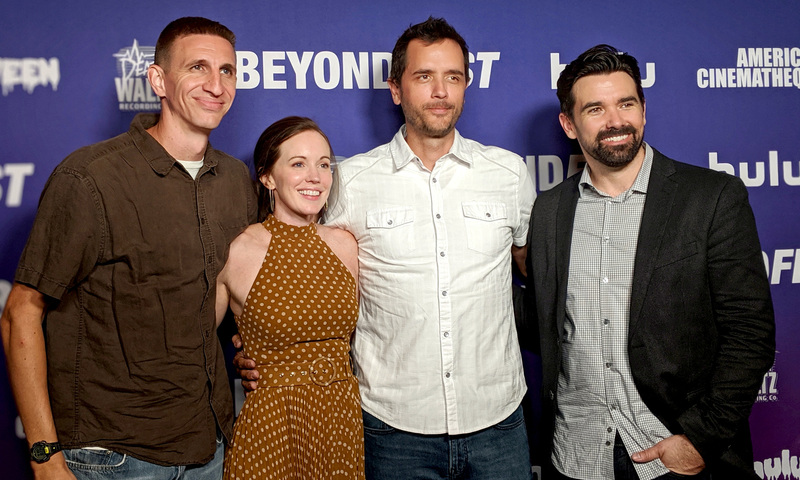 Biola University alumnus Don Thompson (’04) co-wrote and produced “Blood on Her Name,” a powerful theatrical feature which opened simultaneously in U.S. theaters and video on demand on Feb. 28 to critical acclaim.

The tense thriller stars Bethany Ann Lind (“Ozark,” “The Walking Dead,” “Stranger Things”) as a woman whose panicked decision to cover up an accidental killing spins out of control when her conscience demands she return the dead man’s body to his family. Since its world premiere at Fantasia International Film Festival last July, the film has garnered strong reviews and is a “certified fresh” title on Rotten Tomatoes — a seal reserved for movies that achieve a critical percentage 75 percent or better. The film currently rests at 96 percent positive reviews.

“[“Blood on Her Name” is] easily one of the most interesting and best crafted films of the year,” wrote Nerdist.

Thompson graduated from Biola in 2004 with a bachelor’s degree in Communication, which then housed Biola’s Radio/TV/Film program. As a producer, assistant director and unit production manager, he has worked on many feature films, commercials and music videos including spots for Mizuno, Kelloggs, Universal Studios and L’Oreal, as well as music videos.

His technical work as a video engineer can be seen in “Star Trek: Picard,” Apple TV’s “The Morning Show,” “Westworld,” “Avengers: Infinity War,” “Guardians of the Galaxy 2,” “Fate of the Furious,” “Black Panther,” and many others.

In 2016, Thompson started Rising Creek Films with his creative partner, Matthew Pope. “Blood on Her Name” is their first feature collaboration. Pope directed and co-wrote it from an original story idea he conceived with Thompson while working in Atlanta, Georgia. Thompson and Pope bring a strong sense of morality to a film that resembles a modern-day film noir, a style noted for its crime plots and intense mood.

“The consequences are generational, and the morality is gorgeously complicated. This is the kind of original storytelling that takes after the greats,” wrote Nick Allen for RogerEbert.com.

“Matt and I loved the idea of packing a character piece into the body of a noir thriller — making a genre film that attempted to explore the almost gravitational pull of the choices of those closest to you,” said Thompson. “Launching an indie film like this out into the world is a crazy ride, but we’re incredibly gratified by the response it’s received. It seems to resonate with audiences in so many of the ways we hoped it would.”

Thompson and Pope are currently developing their next feature project. “Blood on Her Name” is available at retailers everywhere and streaming on Apple TV,  Amazon, Google Play, and Vudu.

For more information about different programs offered at Biola’s School of Cinema and Media Arts, please visit the website.