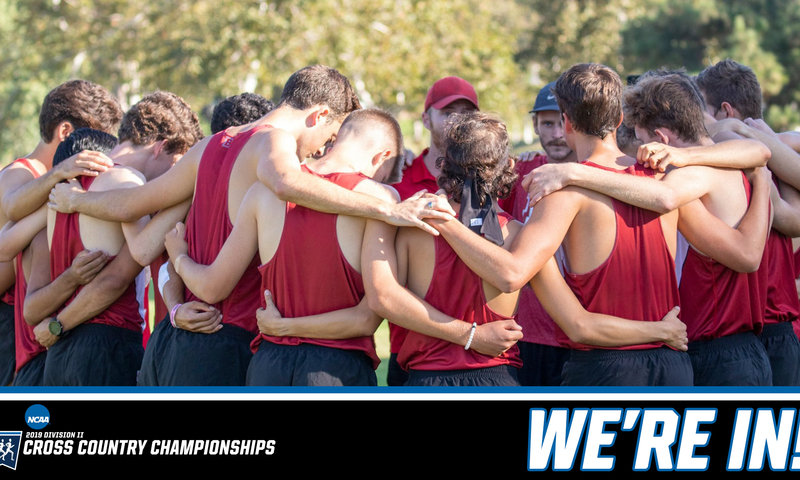 
LA MIRADA, Calif. --- After dominating the conference and showing well in the region all season long Biola Men's Cross Country was officially invited to the NCAA Division II Cross Country Championships via an at-large berth, as announced by the national office on Monday.

"It is so huge for us. I was in tears when I found out. Gabe came by the office and was the first one I saw. We hugged it out for about a minute," said Head Coach Sean Henning. "I know how much it meant to these guys with how much they put into it and doing everything the right way. They did everything they needed to do to get here and I love to see them get this good news."

Head Coach Sean Henning's team will be the very first Biola program to earn a trip to a NCAA Division II National Championship event. Both the men and women's teams became the first-ever to compete at NCAA Regional Championships this past weekend.

"We are so incredibly proud of the amazing accomplishments by this Biola Cross Country program," said Dr. Bethany Miller, senior director of athletics. "Coach Henning does a fantastic job of helping push his student-athletes to new heights in all aspects of their lives. It is a joy to see the fruit of all their hard work athletically. I know they will do a tremendous job of representing Biola at this championship event."

Biola's men, led by a fourth-place finish from Gabe Plendcio and all-region run by Angel Escobar, placed sixth in the regional championships up at Western Oregon. The Eagles needed a top-3 mark to earn an automatic qualifying spot, but when they missed out on that turned their attention to an anticipated announcement of at-large bids at 2 p.m. pacific time on Monday.

When the call did come Biola was among the select group, giving the incredibly deep West Region seven teams in the championship field. In the most recent national poll, Biola was receiving votes, technically ranked No. 28 in all of NCAA Division II.

"It's so big for the program, and really for the school as a whole," said Henning. "These guys showed that if you set a big goal and work hard you can get there. This is so important to set the tone that a biblically-rooted, Christ-centered team can go out and compete with the best."

The NCAA Division II Cross Country Championships are slated for Saturday November 23 up in Sacramento, California. The races will be at the Arcade Creek Cross Country course, which is the same place Biola ran the Capital Cross Country Challenge earlier this year. That layout was 8k and this one will be 10k with the men's race set for an 11:15 a.m. start.

"We are absolutely going in guns blazing. We are going to put it all out there," said Henning. "I am telling Gabe to go for the win and telling the guys to go all out, no holding back. Let's live in the moment go out there and beat all the teams that beat us at regionals."