A Look Inside the Artistic Transformation of Calvary Chapel 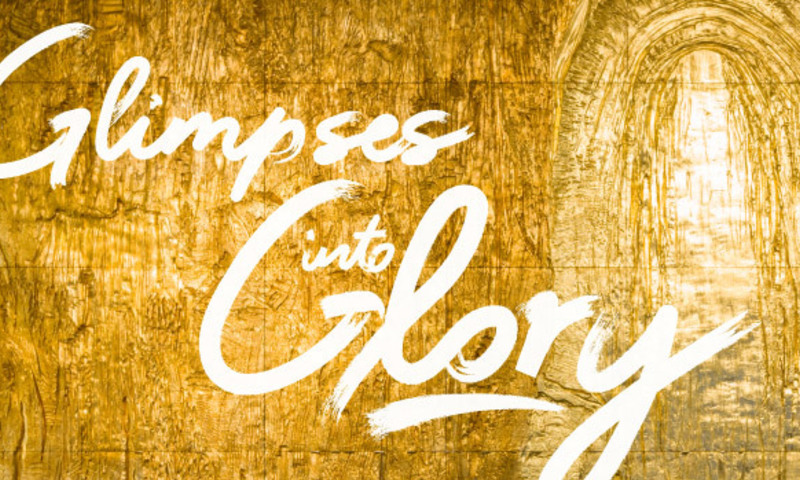 Biola University’s Calvary Chapel, constructed in 1975, has served the university community as a central place of worship and instruction for more than 40 years. In the summer of 2018 — thanks to the generosity of Biola supporters and the creative vision of renowned artists Peter Brandes and Maja Lisa Engelhardt — this important building was completely transformed, adding a new dimension of sacred space, reverence and beauty that will enrich the campus and beyond.

The renovated chapel features 32 handcrafted stained-glass windows and two large gilded sculptures, all created around the central theme of the resurrection. The interior is divided into four spaces, like the shape of a cross. Each features stained-glass windows that were carefully created by Brandes to depict key passages of Scripture. Engelhardt produced two sculptures, a cross over the entrance and the stunning relief wall. Additionally, significant changes were made to the walls, color palette and chairs, and newly woven carpet and handcrafted benches made from 200-year-old Danish Oak have been installed.

Collectively, these works testify powerfully to the redemptive work of Christ’s life, death and resurrection — and inspire his followers with a vision of the glory to come.

Originally constructed in 1975, Calvary Chapel was designed by John Andre Gougeon, an architect regionally recognized for his mid-century modernist designs of homes and churches throughout the Los Angeles area. Over time, the chapel’s dark wood, dim lighting and beige pews had come to feel heavy and dated to many. Thanks to a generous lead gift from Howard and Roberta Ahmanson and the support of other friends of the arts, Biola leaders saw an opportunity to refresh the facility and enhance its use as a sacred space on campus.

As you enter the chapel, you pass under one of two sculpture works by Maja Lisa Engelhardt: the cross. This 500-pound gilded bronze sculpture does not directly include a depiction of Christ on the cross, but his presence is not wholly absent — as one can see impressions along the center and at the hands, alluding to the crucifixion as a finished work. The crucifixion here is not a dark symbol of death, but rather a radiant symbol of the victory won.

One of the most striking features in Calvary Chapel is the 31-by-18-foot gold relief sculpture that depicts the resurrected Christ emerging from the tomb, radiant with glory. This impressive sculpture was hand-carved from five tons of clay and then cast in plaster. Once cast, it was gilded with different karats of gold — with the purest, 24-karat gold shining in the middle.

A Place for Prayer

Engelhardt intended the resurrection wall for prayerful interaction. At the dedication ceremony in September, participants were invited to write private prayers on pieces of paper and place them within crevices of the gold panels (photo at right).

Each of the chapel’s 32 stained-glass windows was created in two forms: a black-and white version visible from the outside, and a vibrant full-color version facing into the space. Placed between each of these panes of glass is a crystallized sheet of plexiglass illuminated by LEDs — innovative technology that allows the windows to be experienced day and night.

This window in the chapel’s southern wing, part of a three-pane section devoted to the crucifixion, depicts Christ, his face looking upward. One arm is raised both in a cry and in triumph, representing Christ as our spokesman, chosen by God to be the ultimate sacrificial victim.

To replace the existing pews, Engelhardt collaborated with architect Jane Havshøj and woodworker Oluf Lund to select chairs and create benches and a pulpit from 200-year-old Danish oak.

Peter Brandes and Maja Lisa Engelhardt are two of Denmark’s leading artists, each well regarded in a variety of artistic media. Among other accomplishments, the married couple has been credited in large part for a renaissance in Danish church interiors during the past 25 years. Independently, they have made work for over 20 churches with stained glass, painted altarpieces, floor coverings, mosaics, vestments and metal work. Biola’s Calvary Chapel is the first fully collaborative project they have completed together.

Visit biola.edu/calvary-chapel for a guided exploration of Calvary Chapel, including a detailed audio and video tour and written descriptions of each piece of artwork.