As Katie Watson (’11) reflects on her Biola experience she remembers a professor who said, “Do you want to be a Christian journalist? Then be the best journalist you can be and people will trust you and start to ask you questions.”

Watson took that advice. And as an up-and-coming political reporter in Washington, D.C., people are trusting her and taking notice.

After graduating from Biola, Watson worked as reporter in Santa Barbara before moving to D.C. in 2012 to do investigative re- porting for Watchdog.org. There, she covers Virginia and national politics, focusing on fiscal accountability and ensuring government programs are running smoothly and lawmakers are held accountable.

Watson, who was news editor and then editor-in-chief of The Chimes when she was a student, has always been drawn to journalism’s quest to find what’s wrong in the system and explore ways things can be improved.

Biola taught her what it meant to integrate journalism with her Christian faith, she said.

“In journalism the fundamental thing is truth, and that is who Christ said he was,” she said. “He said, ‘I am the way, the truth and the life.’ So I figure that anything

I write should either be to show the depravity of mankind and the need for a Savior, or to show that any piece of good is a reflection of God. It should all be pointing to the fact that we are fallen and we can’t fix ourselves. No human entity will ever have what we need. The solution is only found in Christ.”

Watson is grateful for how much her Biola professors emphasized the integration of faith and work. Growing up she felt that the only way she could make an impact on the world for Christ would be to go into ministry of some sort, maybe becoming a teacher at a Christian school.

Brett McCracken is a writer and journalist based in Southern California. He is the senior editor for The Gospel Coalition, and author of Hipster Christianity: When Church & Cool Collide (Baker, 2010), Gray Matters: Navigating the Space Between Legalism & Liberty (Baker, 2013) and his most recent book Uncomfortable (Crossway, 2017). He has written for Huffington Post, CNN.com, The Princeton Theological Review, Mediascape, Books & Culture, Christianity Today, Relevant, IMAGE Journal, Converge, Mere Orthodoxy and Q Ideas. 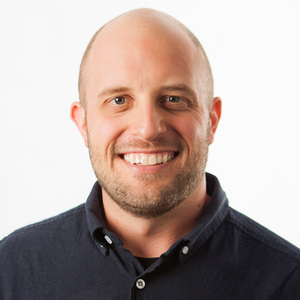