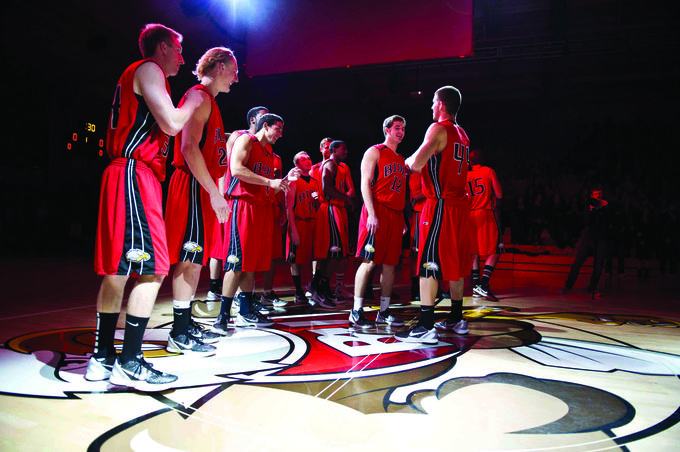 It was the first GSAC tournament championship appearance for Biola in 10 years, and it was the first successful of four previous attempts at a win since Biola joined the conference in 1993-94.

Prior to the game, Biola was ranked No. 19 in the latest NAIA poll while Concordia was top-seeded at No. 4. The win improved the Eagles’ record to 25-8 for the season and marked their eighth consecutive win. Biola won all three of their games against Concordia this season, winning twice in a row at the CU arena in Irvine. Previously, Biola won only one game there in the last 10 years.

The GSAC tournament championship was the second major loss Concordia suffered to Biola in sports this year, as the men’s soccer team earned a GSAC title over Concordia in the fall.

Both the men's and women's basketball teams advanced to the NAIA Tournament, with each making it to the quarterfinal round before being eliminated.