Making room for art in the life of faith 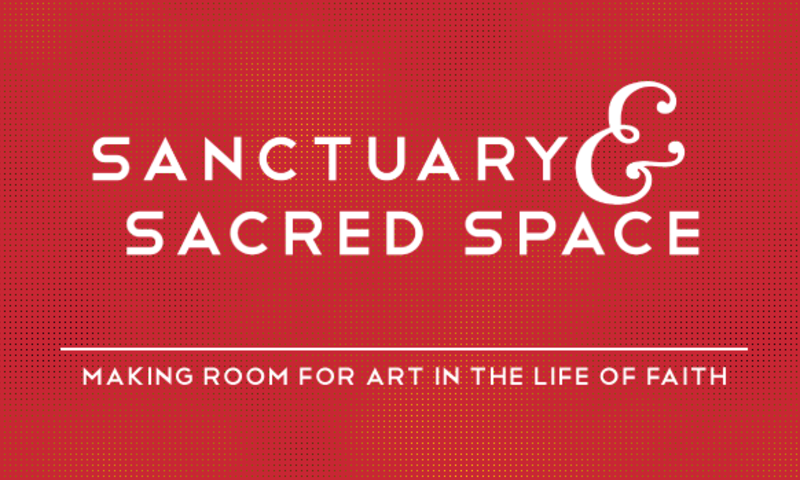 Editor's Introduction: What is sacred space? And how does it relate to art, theology and the life of faith? In the essays and features in this issue, Biola Magazine explores the theme of sacred space from a variety of perspectives. In the introductory essay below, art professor Barry Krammes writes about why Christians should make room for the sacred spaces of art in their lives. Elsewhere, theology professor John Coe examines the concept of space as it relates to prayer and worship, while photography professor Kurt Simonson looks at “kairos time” as sacred space. In "The Illusionist" we see how one alumni artist is making sense of space through his geometrical installations, and in an online extra, literature professor Natasha Duquette explores nature as sacred space. Finally, in an “Ask an Expert” interview, Roberta Green Ahmanson gives her thoughts on sacred space and its role in the Christian life. If that isn’t enough, check out the calendar of events to find out what else is happening at Biola this year related to the arts and sacred space.

Some people speak of the Christian life in terms of “battle” and “warrior” language, metaphors which can certainly be found in Scripture. But what works better for me as an artist are biblical descriptors dealing with nourishment and creation — like images of nursing mothers, potters forming clay vessels or shepherds rescuing lost sheep.

The arts (music, literature, poetry, visual art and architecture, dance, film, theatre and the culinary arts) are languages of the soul, distinct from routine language. We turn to the arts to express our deepest feelings and to explore the mysteries of both the physical and spiritual realms. The arts reflect through sensorial means a celebration of God's multifaceted and diverse creation. They incorporate passionate responses to all of life's experiences. They reflect man's search for meaning, and endeavor to make sense out of the fragmented pieces of our earthly existence.

Although Christian artists value ultimate truth, they find uncertainty and multilayered ambiguity to be inhabitable spaces. They approach “scratching” in the world with a sense of curiosity and childlike wonder, open to all sorts of possibilities. They think symbolically, creatively, conceptually and abstractly. Resonating with Paul’s striking image of “seeing through a mirror dimly,” they feel comfortable asking difficult questions but are often reluctant to provide too many answers.

Several years ago a friend who has spent his life ministering in Asia told me the compelling story of a North Korean pastor who was imprisoned and tortured for his unwavering commitment to Christ. When his captors finally released him, his parishioners asked how he had endured such hellish treatment. He replied, “I prayed and quoted scripture and I danced.”

The arts make us feel alive, lift us up, energize us and offer some of the most powerful ways to express our praise and adoration to God. Another friend, serving with her husband as missionaries in Europe, was suddenly hurled into the abyss of despair when her teenage son was brutally murdered. In the months following his untimely death she found herself irresistibly drawn to the healing beauty in the national art museum near her home. Day after day she wandered the galleries, finding solace in works by the great masters.

The arts can slow us down and help us refocus, stimulating deep reflection and stirring our hearts with hope, even in the midst of wrenching grief.

“Watch The Singing Revolution,” my wife recommended some time ago, “It’s the amazing documentary of Estonian liberation from the shackles of Soviet communism.”

Little Estonia had been the victim of nasty occupations from neighboring superpowers for decades. Interestingly enough, music has always played a central role in Estonian cultural life. Since 1869, countrywide song festivals have been held every five years in the capital city with choirs of 30,000 and audiences of hundreds of thousands. Although these festivals had a nationalistic flavor, Russian oppressors carefully monitored each performance.

In the summer of 1988, officials closed down a rock concert in the center of the capital. Undeterred, the young audience walked three miles to the traditional festival site and resumed singing and for the next six nights they kept on singing. Each night the crowds grew larger and stronger as hands were joined and lifted, hearts were united and those hauntingly beautiful, illegal-to-sing folk songs echoed throughout the land. As these beloved, forbidden hymns began to create a resounding groundswell, Estonian flags were unfurled, passions were ignited and during the next three years Estonians sang one long, unending song until the enemy was finally defeated.

Currently, Javier Sicilia, a well-loved Mexican novelist/poet is leading grassroots national protests against the soulless drug cartels and the extreme violence they are inflicting on the people of Mexico. In China, Ai Weiwei, an internationally renowned contemporary visual artist/architect and one of China’s most prominent political activists, is calling for radical changes in the Chinese government. Both artists are in the thick of the most intense sort of spiritual struggle.

Artists tend to be change agents and the arts, vehicles that give voice to irrepressible truths. They can be powerful tools to convict, convince and inspire positive change in individuals as well as organizations and societies.

I have had the privilege of experiencing many satisfying, even exhilarating art-filled moments throughout my life. In his book, Pilgrim Heart, Pepperdine University’s provost, Dr. Darryl Tippens, suggests that the arts exist so that we might more fully “encounter truth, awaken a longing for transcendence, experience mystery and ... cultivate faith through the exercise of the imagination.”

I concur and would go so far as to say that if it weren’t for the arts, I probably would not be a Christian today. For it has been and continues to be in those mysterious, sensate, soulful encounters that the Lord has chosen to confirm his presence and nourish me at the very center of my being.

Barry Krammes is a professor of art and director of the University Art Gallery at Biola.