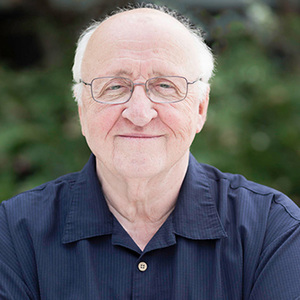 Richard J. Mouw (Ph.D., University of Chicago), is president emeritus and senior professor of faith and public life at Fuller Theological Seminary and the newly appointed Senior Research Fellow at Calvin University's Henry Institute for the Study of Christianity and Politics.

A philosopher and scholar, Dr. Mouw is the author of more than 20 books, including Uncommon Decency: Christian Civility in an Uncivil World, which provides the springboard for discussion here on the podcast. Other books he has written on the topic of civility include Talking with Mormons: An Invitation to Evangelicals and Adventures in Evangelical Civility: A Lifelong Quest for Common Ground. Dr. Mouw also served for many years as a panelist for the Washington Post’s online forum “On Faith,” and he has also participated on many councils and editorial boards, serving a term as president of the Association of Theological Schools and editor of the Reformed Journal and Books and Culture. He spent six years as cochair of the official Reformed-Catholic Dialogue, and is a leader in interfaith theological conversations, particularly with Mormons and Jewish groups.