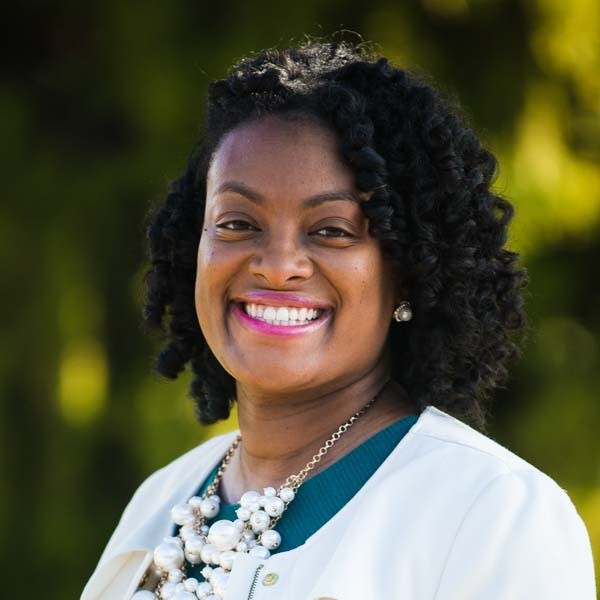 Tamra Malone was appointed Chief Diversity Officer for the Division of Diversity and Inclusion in fall 2017. In this role, Tamra seeks to collaborate with senior leadership to provide the university with a clear vision toward inclusive excellence rooted in biblical principles and attainable to live out in all facets of the University.

Tamra graduated from Biola University completing her bachelor’s degree in business administration, with an emphasis in management in May 2005. Tamra received her master’s in science degree in counseling (with an emphasis in student development in higher education) from California State University, Long Beach State in 2011.

Shortly after graduation from Biola, she began working in the Office of Undergraduate Admissions. During her second year in admissions, she received national recognition from NACCAP, as “Rookie of the Year." Within undergraduate admissions she had many positions, admissions representative, admissions counselor and the assistant director of multi-ethnic outreach. While leading multi-ethnic outreach initiatives she led the Biola Ethnic Advancement Team (B.E.A.T.). B.E.A.T. is a team of students from diverse ethnic backgrounds who, alongside Tamra, recruited diverse students to attend Biola. While serving in this role, Tamra learned to look at enrollment and higher education trends, develop, and implement a strategy, network, lead teams and manage a department budget.

To more effectively serve students, Tamra completed her master's degree in 2011. Upon completing this degree, she accepted the position of associate director of multi-ethnic programs and development (MEPD). Tamra worked with MEPD to create campus-wide diversity programming, counsel students and conduct diversity training. As a former Biola undergraduate student herself, Tamra does not hesitate to share her experiences. She states, "While it was tough attending a predominantly white Christian university, it was the best thing I could have done because I was forced to engage in topics centered around diversity as well as develop my identity as a black Christian woman.”

Serving with MEPD for three years, Tamra transitioned to the director of diversity initiatives. For two years, Tamra worked closely with campus administrators to develop their intercultural competence and address structural changes that need to occur on campus. In light of the needs among students, Tamra alongside her assistant director created the Office of Student Enrichment and Intercultural Development (SEID). Tamra accepted the role as director of SEID. She served students from diverse backgrounds holistically to see them thrive at Biola. In 2017, Tamra received the Deborah Ruby Award for Leadership and Wisdom from Biola. Shortly after, Tamra received her latest and significant promotion as the university’s chief diversity officer.

Tamra’s interests include youth ministry, teaching others the dance ministry of gospel mime, and traveling. She is the wife of Hervey Malone II and the mother of two young sons.