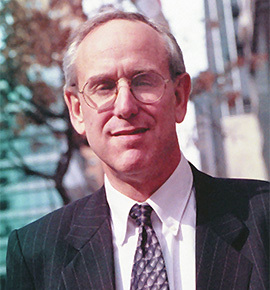 Dr. Mitch Glaser was born into a nominally Orthodox Jewish home in New York City at a time when views on life, death and religion were beginning to undergo major changes in American Society. His religious roots, fragile at best, were soon lost after his Bar Mitzvah to the excitement and energy of the 1960s. After dropping out of college in 1970, Dr. Glaser moved to California and was introduced to various Eastern religions which while intriguing him did not answer the questions of his soul. After two of his closest friends received Jesus as Messiah, Dr. Glaser was introduced to the message that Jesus was the Jewish Messiah. Following a thorough investigation of the Old and New Testament along with studying the Messianic prophecies, Dr. Glaser himself received Jesus as his Messiah in November of 1970.

Almost immediately after becoming a believer, Dr. Glaser became involved with what was then the West Coast branch of Chosen People Ministries (formerly known as the American Board of Mission to the Jews). This was the beginning of a thirty-five year ministry that has included working with such Messianic missions as Jews for Jesus and Ariel Ministries. Since 1997, Dr. Glaser has served as president of Chosen People Ministries – one of the oldest and largest Messianic missions in the United States. Chosen People Ministries was established in 1894 by Hungarian immigrant, Rabbi Leopold Cohn, and today is worldwide with missionaries in nine countries around the world including the United States, Germany and Israel.

Dr. Glaser has been extensively involved in Jewish evangelism in several countries, and was instrumental in helping to establish a congregation among Russian Jewish immigrants in New York. He is an alumnus of Northeastern Bible College, holds a Master of Divinity degree in Bible from Talbot Theological Seminary and a Ph. D. in Intercultural Studies from Fuller Theological Seminary School of World Mission. He is the co-recipient of Christianity Today magazine's Award of Merit in the Apologetics/Evangelism category for 2009, for the book To The Jew First: The Case for Jewish Evangelism in Scripture and History, co-edited with Darrell Bock. He is also the co-author of The Fall Feasts of Israel with his wife. He also authored Isaiah 53 Explained: This Chapter Will Change your Life and most recently co-edited with Darrell Bock The People, the Land and the Future of Israel: Israel and the Jewish People in the Plan of God. He has written many articles for the Christian periodicals and has taught at leading evangelical schools such as Fuller Theological Seminary and Moody Bible Institute. Dr. Glaser is also a musician, composer and gifted teacher. The Glasers have two adult daughters.