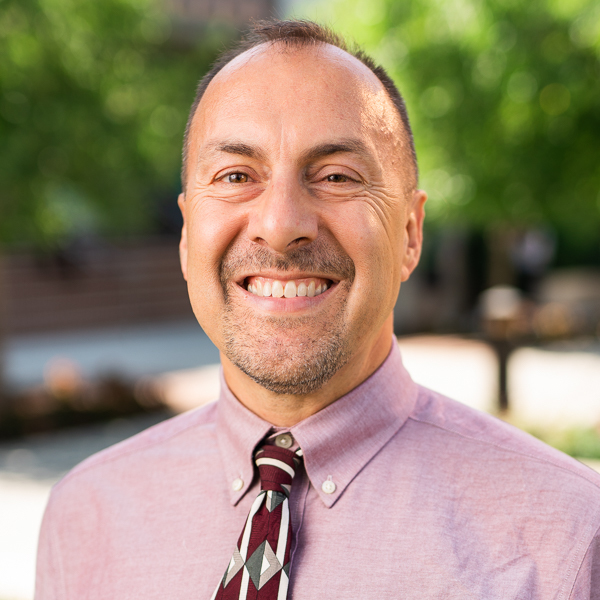 Michael Longinow is the chair of Biola's Department of Digital Journalism and Media and the advisor of The Chimes newspaper. During his tenure at Biola, he has overseen the rapid expansion of journalism within the university, hiring new faculty members in the fields of photojournalism, broadcast journalism and public relations. He's led the department in a convergent approach to teaching and a cross-cultural approach to career preparation, encouraging students to become fluent in other languages and to participate in study abroad programs.

As a teenager, Longinow attended the same high school Ernest Hemingway attended, working as an editorial cartoonist on the same school newspaper Hemingway once worked for. Longinow attended Wheaton College, earning a B.A. in Political Science, and completed the University Illinois' graduate program in news-editorial journalism.

During his early days as a reporter, Longinow freelanced for the Chicago Tribune and Sun-Times, as well as smaller weeklies in metro Chicago. As a full-time reporter for small dailies in Illinois and Georgia in the mid-1980s, Longinow covered the 1988 Democratic National Convention, the home district of U.S. Rep. Newt Gingrich, environmental issues, police news, the courts, civil rights and urban planning. Longinow's reporting on racial inequities in one Georgia county's voting patterns helped change that government's structure.

Longinow was invited in 1989 to teach news-editorial journalism at Asbury College in Kentucky. At Asbury, he helped build a news component into the journalism program and assisted with the launch of an annual photojournalism workshop and bilingual newspaper for migrant Hispanics. He also helped the Asbury Collegian become a consistent winner in statewide competition against campus weeklies its size from across Kentucky. While at Asbury, Longinow completed a doctorate at the University of Kentucky. His dissertation probed the history of Christian higher education and American journalism between 1888 and 1942. Longinow moved to California in 2005 to join the Biola journalism faculty.

Longinow is active in the Association for Education in Journalism and Mass Communication (AEJMC), where he has served as head of the Religion and Media Interest Group. He also was a founding adviser member of the Association of Christian Collegiate Media (ACCM), and now serves as its national executive director.

Longinow is a frequent workshop presenter and panelist at national conventions of the Associated Collegiate Press and College Media Advisers (CMA/ACP). He has also been a guest faculty member and consultant to the Washington Journalism Center of the Council for Christian Colleges and Universities (CCCU). He has been a guest speaker for the Southern Baptist Convention's student journalism conference, the national convention of the Evangelical Press Association, and the international media conference of the Oxford Centre for Religion and Public Life.

Longinow has served as a fellow with the American Press Institute and has participated in workshops with the Poynter Institute for Media Studies. He has written chapters for five books dealing with journalism history, media and religion, and the popular culture of American evangelicalism. He has also written numerous magazine articles for regional and national publications on social issues, business, politics and religion. In 2005, he served as a newspaper columnist on diversity issues for the Lexington-Herald-Leader.

Longinow lives in Riverside with his wife Robin and Bentley, their wonder dog.