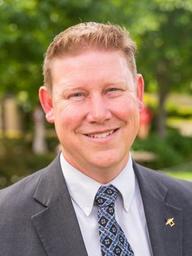 Matt Van Hook received his doctoral degree in political science from the University of Notre Dame with a focus on political theory, constitutional studies, and American political thought. He also holds a master’s degree in security studies from the Naval Postgraduate School in Monterey, Calif. Van Hook taught at the United States Air Force Academy for several years where he served as the American and Policy Studies Division Chair in the department of political science and a faculty representative for the Academy Scholars Program. His research and published work ranges from the statesmanship of Abraham Lincoln to politics and law in the novels of Harper Lee. Van Hook’s diverse career also includes two decades of service as an active-duty officer in the United States Air Force.