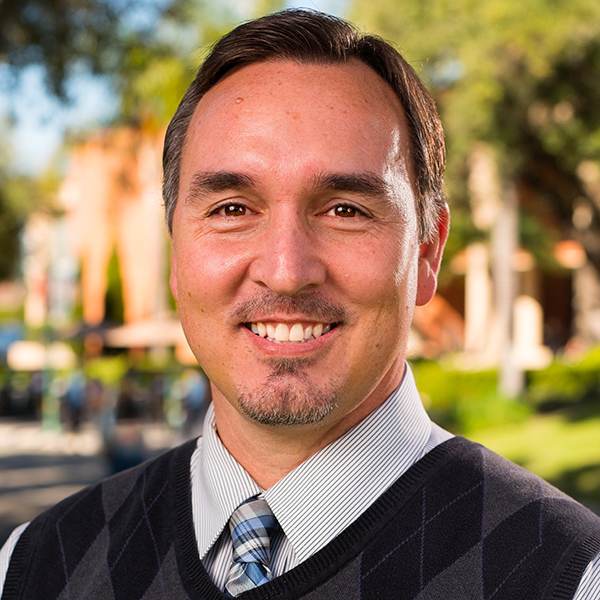 Luciano Cid grew up in Argentina until he was thirteen years of age. It was then when his parents made the complex decision to immigrate to the United States in search of a better life for their children. At the beginning, Cid struggled both socially and academically, which was something he had never experienced before. With time, he began to be able to communicate using his second language (English), which assisted him in acclimating to his new surroundings. As this occurred, he became more socially and academically capable. Nevertheless, Cid never forgot the emotional and academic difficulties that he experienced during his adjustment period in his new country.

Consequently, after completing his double major in philosophy and religious studies at the California State University of Fullerton, he entered a teaching credential program at Chapman University. During his time at Chapman, Cid investigated the emotional and academic potential that low income and immigrant students could gain if a teacher were to make him/herself emotionally available. It was also at Chapman when Cid was introduced to the interconnection that exists between neuroscience, psychology and education, which led him to want to explore more about these subjects. This desire led Cid to receive an Ed.M from the Harvard Graduate School of Education in the burgeoning interdisciplinary field of Mind, Brain and Education (MBE). While at Harvard, God stirred his heart to apply to a doctoral program. Consequently, after a short term experiencing the frigid Bostonian weather, he found himself back in sunny Southern California attending a doctoral program at the University of Southern California (USC). His training at USC was mainly in the fields of educational leadership and educational psychology.

2013: Was asked to deliver testimony to the State’s Congressional Committee for Education regarding the importance of universal pre-school (transitional kindergarten).

2011: Finalist for the Intellectual Contribution/Faculty Tribute Award at the Harvard Graduate School of Education.

Presentation focused on how teachers can promote equity and equality in the classroom through social emotional learning, specifically how teachers can and should design lessons that develop and promote empathy. February 2019.

Co-presented with S. Garcia the Good Disciplinarian Model of Integration, a discipline that explores how Christian teachers can carry out classroom management using the integration of educational psychology and the Scriptures. February 2018.

Co-presented with S. Garcia the Good Disciplinarian Model of Integration, a discipline that explores how Christian teachers can carry out classroom management using the integration of educational psychology and the Scriptures. January 2018.

Led two presentations that took the form of guided discussions, focusing on “How to integrate the world into the classroom.” July 2015.

Presentation on “Paradigm building and paradigm shifting: How Jesus’ dialectical approach can assist us in teaching our children to be in the world, but not of the world.” November 2015.