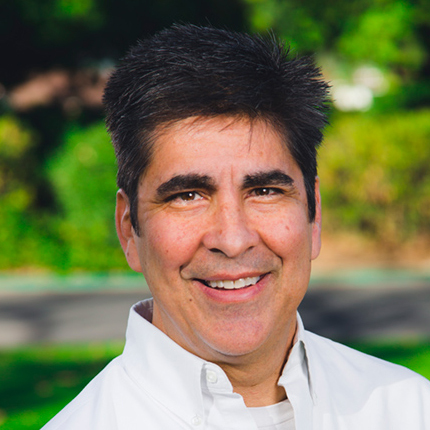 Director, Center for Marriage and Relationships
Professor of Psychology

Chris Grace serves full time as the director of Biola University’s Center for Marriage and Relationships and is also a professor of psychology at Rosemead School of Psychology. Grace graduated from the University of Northern Colorado with a B.A. in psychology in 1983. He earned his Master of Science and his Doctor of Philosophy degrees in Experimental Social Psychology (1986) from Colorado State University (1988).

Grace began his career at Biola University as a professor of psychology in 1988 and served as chair of the undergraduate psychology department for six years. From 2002 to 2008, he served as vice provost for Faculty Development and University Assessment, all the while continuing to teach the Introduction to Psychology course every year at Biola. Recorded in Fall 2010 and Fall 2013, this course became an international hit on Youtube, with the most popular lecture earning over 130,000 views. He was honored with the Professor of the Year Award by Biola's senior class in 1994. He also received the university’s highest teaching honor — The Faculty Award for Excellence in Teaching — in 2001 and has been recognized in Who's Who Among College Professors numerous times. From 2008 to 2014, Grace served as the vice president for Student Development, University Planning and Information Technology at Biola, while continuing to teach psychology at Rosemead School of Psychology. During this period, Dr. Grace served on the President’s Administration Council and led the effort for integrated strategic planning at Biola University.

Grace has served as an executive member of the WASC Re-Accreditation team and is currently an outside reviewer for other WASC universities. He also serves on the editorial review board of various professional journals. Grace has numerous publications and presentations in the field of psychology, and speaks regularly at conference centers, churches and colleges and universities on the topics of dating, marriage and relationships.

Chris Grace and his wife, Alisa, are frequent speakers at marriage conferences and seminars. With professional training as well as practical experience they have counseled thousands of couples, sharing foundational and practical insights on enhancing intimacy. In spring of 2014 they designed and team-taught a new, integrative course at Biola University, along with two other faculty couples, called Christian Perspectives on Relationships. They also partner with the Center for Healthy Relationships at John Brown University to provide seminars and couples retreats at colleges and universities and conference centers nationwide. He writes a popular blog on relationships, and co-hosts the podcast The Art of Relationships.