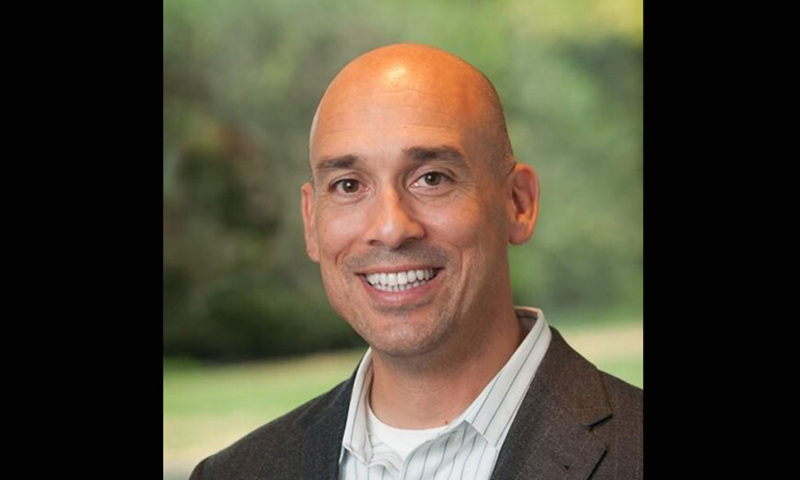 For Michael Rodriguez, looking back at a roller-coaster life brings joy and expectation, not regret.

“What I love about having gone through a lot of this stuff is just watching how God works through the unexpected,” said Rodriguez. “None of it's unexpected to him, and I have the blessing of being able to look back at a lot of things that make sense now, when they didn't make sense before.”

Rodriguez is a Clinical Assistant Professor at Baylor University, and former chief business officer of Magnolia, the Waco, Texas-based media and consumer brand founded by Chip and Joanna Gaines. He also teaches accounting and financial policy as an adjunct instructor at Crowell.

During his recent appearance at Crowell’s Distinguished Speaker Series, Rodriguez shared four main takeaways from how God has used the unexpected to shape him.

“I'm a big fan of roller coasters because, like my story, they're unexpected — that’s what makes them exciting and exhilarating. Almost always, life doesn't go as we expect, how we want, and that might be dismaying for some but for me, it’s a way of conveying the truth that we’re not in control the way we think we are. And that’s a good thing,” said Rodriguez.

“I'm originally from the Bronx in New York, from a blue-collar multicultural family. Nobody in my family went to college — in the housing projects, you started working at 12 or 13 years old to help put food on the table. But my parents wanted better for us, so they took a big risk and moved us across the country to Huntington Beach. My dad probably had eight different jobs our first few years there until he settled in as a machinist. That launched my life on the roller coaster and my willingness to take adventures and embrace the unexpected.”

After earning an accounting degree from USC and spending four years with mega-firm Arthur Anderson, Rodriguez realized that he needed more education, and was accepted to the MBA program at Stanford.

“Entrepreneurship was really flourishing there and I truly saw opportunities,” he shared. “A lot of my Stanford classmates were going to the biggest investment banks and consulting firms and getting these great titles. But I wanted to work with early-stage companies and have an opportunity to make a direct impact. I took seriously what the Bible teaches in Proverbs 21 about ‘steady plodding produces prosperity, but hasty speculation leads to poverty.’ Those companies allowed me to gain significant experience.”

“I walked into DirectFit and became Chief Financial Officer (CFO) in 2000. Software-driven companies could do no wrong then … until the dot-com bubble burst, and investors realized that most of these hot new companies weren’t actually making any money” said Rodriguez. “We had to do three rounds of layoffs, and several of the people I let go were friends of mine that I had recruited to come join me. And then, several months later, 9/11 happened, and three of our employees perished in the World Trade Center.

It was a very difficult time that I would never wish on anyone, but we came away knowing that it made us better. People’s natural instinct is to kick back against change and trials, or to wonder why God is doing this. But trials are usually preparatory; they prepare you for what’s coming, with strength and skills that you’ll need later.

After DirectFit, I joined a public company as CFO while it was being investigated by both the SEC and the Justice Department. Stockholders were suing and their auditors and CEO and previous CFO had all been let go. I stepped in anyway, because of my experience at DirectFit and, quite honestly, my desire for the unexpected. But most importantly, the technology that this company provided was very important in treating cancer, and the product needed to survive. So we had a very difficult five years, but we turned that company around. For me, it was another example that life almost never happens in accordance with our expectations, but God sits above all of it in his providence.”

There are no coincidences with God

“How did I get to Magnolia and to Waco? God. That’s the straight-up answer,” said Rodriguez.

“When our oldest son decided he wanted to go to Baylor University, my wife and I prayed and, astonishingly, we both decided we wanted to go to Texas, too. One summer we were at the one-and-only Target in Waco, helping our son furnish his apartment, and my wife visited the ladies’ room and there’s a face she recognized. It looked like Nan Stevens, Joanna Gaines’ mom! But my wife is an introvert; she’s not going to introduce herself to a stranger in a restroom, except — she told me later — the Spirit was nudging her to talk to this woman.

Now, my wife is Korean. Joanna Gaines’ mother is Korean. So my wife took the risk and began speaking to her in Korean and they had this conversation, there in the restroom. A couple of weeks later, I got an invitation to breakfast from Joanna Gaines’ father, and there, I was introduced to Doug MacNamee, the President of Magnolia, who told me they were looking for a CFO. Two months later I joined Magnolia.

So when I talk about the unexpected, and about leaning into serendipitous ‘coincidental’ circumstances that God puts in our lives, it's because I've lived a life that has by its very nature been unexpected. It is the providence of God, the God of Ephesians 3:20, ‘who is able to do far more abundantly than all that we ask or think…’”

To learn more about Crowell’s Master’s in Professional Accountancy program, visit the website.