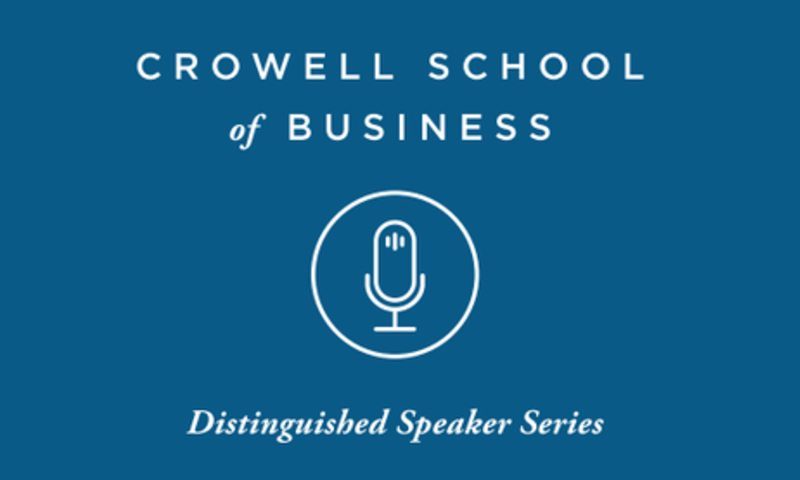 You can view the video of Michael’s talk at: http://open.biola.edu/resources/six-phases-of-faith-in-business

The speaker for the first Crowell School of Business Distinguished Speaker event this fall featured Michael Fleming, CEO of Farrell’s Ice Cream Parlours. Michael kicked off the start of the Crowell graduate programs semester and shared his fascinating story of how change has impacted his career and how faith in God brought him through the challenging times.

Change and challenge have been at the forefront of Michael Fleming’s entire career. He owned Skateland, a premier skating venue located in LA during roller-skating’s heyday in the late 60’s. In just a few short years, roller-skating’s popularity fell out of favor with the masses. More than 90 percent of the skating rinks around the country shuttered their doors. Through a series of failures, hardships, and a lawsuit, Michael acquired the rights to brand for Farrell’s Ice Cream Parlours. The rise, fall and rise again of Farrell’s is a story unto itself. Farrell’s once had 120 restaurants in the US. Through mismanagement and changing management focus, the chain dwindled to one remaining restaurant when Michael acquired the rights. He brought in a new management team and has opened seven restaurants so far in California. The renewed popularity of the brand points to success for the new team and for the chain.

Michael told his fascinating story and described how faith played a key role throughout the experience. He shared about the role that his pastor Rick Warren played in his faith journey.

Michael Fleming’s career journey chronicled his faith as he told his story using the model of Rick Warren’s 6 Phases of Faith:

This was a message of hope that showed the audience how our greatest failures can turn into our greatest successes.

The Crowell Distinguished Speaker Series brings a selection of accomplished business leaders to campus to share their varied professional and personal insights, and provides the opportunity to network with fellow attendees including alumni, MBA mentors, faculty, and current and prospective MBA and MPAcc students. Light hors d'ouevres and dessert are served after the event. This event is free and open to all.

How Safer-At-Home Affects the Economy

Using behavioral finance to understand the necessity of quarantine

It's Not Just About The Money

Getting Leadership Right: How Student David Wong Turned His Focus to Others