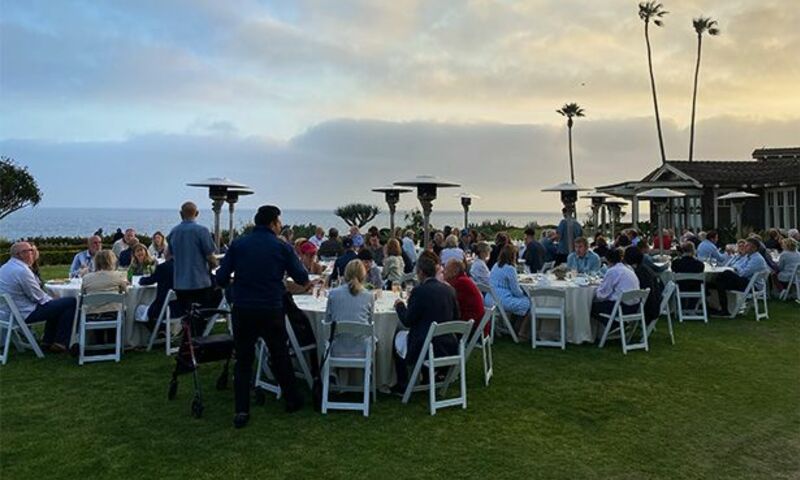 A group of generous Biola supporters contributed over $12 million to the university during a single weekend in April 2022 — a record-breaking set of gifts aimed at improving student affordability, bolstering vocational impact and allowing the university to further strengthen its mission of biblically centered education.

The $12 million in gifts, which nearly tripled the amount raised at any single previous Biola event, came as part of a weekend event called the President’s Vision Summit, hosted by President Barry H. Corey and his wife, Paula, in Laguna Beach.

During the weekend — which was themed “Our Future. On Mission.” — guests heard from students, faculty members and well-known scholars and authors Arthur C. Brooks and Ed Stetzer. The School of Cinema and Media Arts also hosted actors Tony Hale and Patricia Heaton along with Rob Bredow (’94), Industrial Light & Magic’s senior vice president and chief creative officer.

Over the weekend, Corey stressed that Biola would hold fast to the biblical principles that have shaped the mission of the university since it opened its doors in 1908.

Guests of the Vision Summit were encouraged by Corey’s remarks, which championed a refusal to compromise on Biola’s biblical values and boldly going forward into the future with courageous faith.

The Vision Summit welcomed 45 families over the weekend who were able to hear from current Biola students who have been impacted by the generosity of donors. Biola faculty also shared the vision for offering an academically robust, biblically integrated approach to higher education — one of Biola’s key hallmarks.

Corey laid out three key pillars that will shape Biola’s future: mission faithfulness, affordable access and vocational impact. On the first of these, mission faithfulness, Corey stressed that Biola will continue to be anchored in the original principles established by the university’s founders, including a scriptural foundation, life of the mind, virtuous character, gospel proclamation, a welcoming spirit to all who come and affordability and access.

“Our mission is both our legacy and our future. It has not changed. It is biblically centered education, scholarship and service,” said Melissa Schubert, dean of Biola’s School of Humanities and Social Sciences. “Cultural headwinds have blown many other Christian colleges off course. But at Biola we are keeping our hand on the rudder, steering away from fads, pointing prow pointed toward our mission. We exist to graduate students who love Christ, who worship God and who live the gospel in grace and truth.”

The second pillar, affordable access, speaks not only to Biola’s original principles, but answers the current financial challenges many students are facing.

André Stephens, Biola’s vice president of student development, shared his journey to Biola and why the commitment to affordability means so much to him personally.

“Like many of our students, I needed help,” Stephens said. “We remain committed to our founders’ declaration. Our board is committed to tackling, head on, the rising cost of higher education. Right now, we are aggressive in offering competitive scholarships to Biola students who are facing significant financial challenges.”

Lastly, Corey defined the third pillar as vocational impact — equipping Biola graduates to be abundantly prepared for careers in healthcare, commerce, technology, education, research, mental health, film and more. The goal is to prepare students to be leaders in industries and in the marketplace, to lead with excellence and by the example of their faith.

“To ensure our graduates have vocational impact, Biola must continually reimagine our academic offerings,” said Tom Halleen, founding dean of Biola’s School of Cinema and Media Arts. “To shape our times, we must know the times. And to know the times, we must also take seriously our role as Christians within it.”

Halleen’s tenure as an executive vice president at AMC Networks has uniquely situated him to lead and prepare students to be strategic influences in contemporary media.

“In an industry which still struggles to understand that faith is strength, not weakness, the media needs the voices of our students now more than ever,” Halleen said. “We need to equip [Biola students] so that they can, in turn, teach by their words, through their stories and especially by example. For they are the next generation of storytellers, media executives and cultural influencers.” 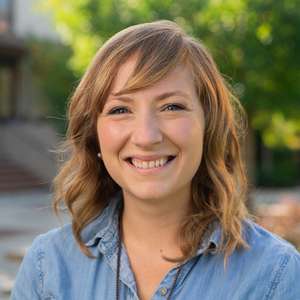 A roundup of recent videos, podcasts and other resources on Christianity and culture