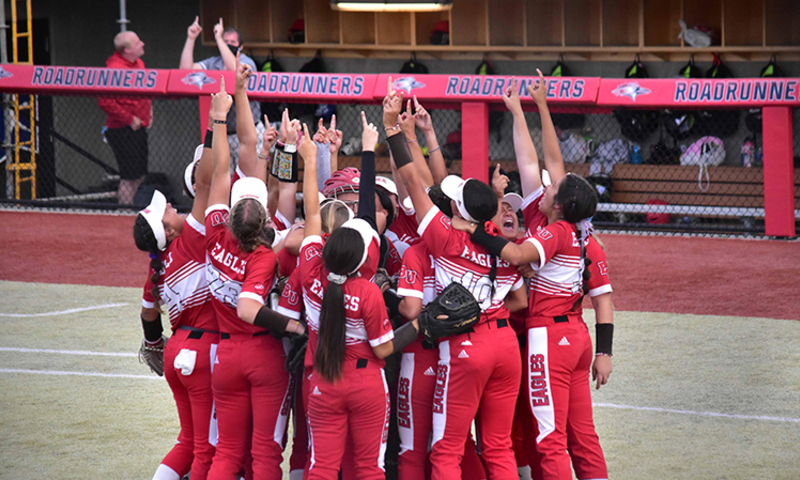 The Biola softball team came within one win of capturing the NCAA Division II national championship this spring, falling just short in the final game of a best-of-three championship series against No. 12 West Texas A&M on June 1 in Denver, Colorado. The Biola team ended its season as the national runner-up — an impressive and seemingly unlikely finish to its first-ever season of eligibility for NCAA Division II postseason competition.

“I’m obviously proud of my team for making history,” said head coach Nikki Udria. “Making it this far in the season is an accomplishment in and of itself. So I think it’s a blessing for these seniors to sit to the left and to the right of me and to finish their careers in the national championship game. I don’t think a lot of people can say that they’ve done that.”

Udria’s squad made a run that hadn’t been seen in a long time from a PacWest institution; it had been over a decade since one of the conference’s teams finished as high as national runner-up. Biola did it all while riding in with a No. 24 national ranking and no one giving them much of a chance to stay past the second day.

The team’s playoff run began in May when it claimed the first regional championship among any program in Biola’s NCAA Division II era — earning the title of NCAA Division II West Region Champions with a tournament victory over No. 11 Concordia Irvine.

The regional championship earned them a spot in the eight-team national tournament, where they moved past the two top-ranked teams in the nation — earning a victory over the No. 1 Augustana Vikings and two victories over the No. 2 North Georgia NightHawks — to become one of the final two teams standing. Biola started its best-of-three national championship series against West Texas A&M with a 5–0 victory, but fell short in the next two games, 7–4 and 4–1.

The tournament featured impressive performances from Biola’s student-athletes, including pitcher Paige Austin, who at one point pitched 34.1 straight scoreless innings. Austin, Ruth Munoz, Kayla Neff and Jennifer Morinishi were all named to the all-tournament team for helping lead the Eagles to a 4–2 mark in the tournament. Earlier, Udria finished the season with the honor of being named PacWest Coach of the Year and she and her staff were named NCAA Division II West Region Coaching Staff of the year by the National Fastpitch Coaches Association.