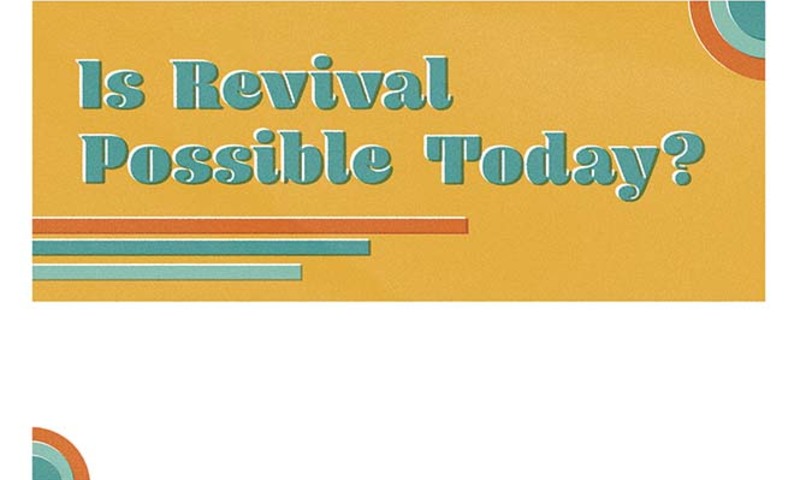 It was a turbulent and tumultuous year. A deadly virus swept the globe. Political unrest divided the nation. Racial tensions fueled demonstrations in the streets. Cultural battles raged over sexuality and gender.

And in the midst of it all, God was at work, stirring up a seemingly unlikely revival that became known as the Jesus People Movement. Beginning on the West Coast, young people began embracing the gospel in droves, as communities of “Jesus freaks” formed around a love for Scripture, a commitment to evangelism, a new genre of Christian folk-rock and a yearning for the work of the Holy Spirit. Within a few years, in 1971, this countercultural revolution was being featured on the covers of Time and Life magazines, and its ripple effects were being experienced worldwide.

This was the central question of Biola’s inaugural Ablaze Conference, which brought speakers, scholars, worship artists and former leaders of the movement together for three days in October to explore the legacy of the Jesus People and the ongoing work of the Holy Spirit.

“Can the Holy Spirit do this again? Yes! Some may be skeptical at this answer, but I propose you consider looking to the past for inspiration and into the future with aspiration,” said Oscar Merlo, director of Biola’s Center for the Study of the Work and Ministry of the Holy Spirit Today, which hosted the conference in partnership with the Wheaton College Billy Graham Center. “Our Savior can do it again, regardless of our race or background, in the contexts of universities, in students, in our churches and in our lives and to compel us to pursue a fresh outpouring of the Holy Spirit.”

Hosted on Biola’s campus on Oct. 7–9, the event featured a lineup of well-known pastors and authors, including Matt Chandler, Greg Laurie, Ed Stetzer, Glenn Packiam, Kenneth Ulmer and more. One of the highlights was the Jesus People Concert, a one-night only reunion of well-known artists from the movement, including Love Song, Matthew Ward and Nelly Greisen of the 2nd Chapter of Acts, The Salt Company, Nancy Honeytree and Dennis Agajanian.

View plenary sessions from the Ablaze Conference on Biola’s YouTube channel at youtube.com/biolauniversity and explore some of the conference highlights in the following pages.

On the Role of the Holy Spirit in Revival

In 1968, the world seemed to have lost its mind. You had the Vietnam war. You had all sorts of riots all over the United States. You had racial tension. You had the Hong Kong flu that had killed millions. And what came out of that train wreck? Revival! An outpouring of the Spirit that brought hundreds of thousands — if not ultimately millions — of people to worship and lift high the name of Jesus Christ. That happened!

And so when we’re looking around and it looks so hopelessly broken and all you’re seeing on your feed is that this guy deconstructed and this person doesn’t believe and we’re being more and more marginalized, I’m going, “Hey, listen!” You’ve been put here, in the middle of this mess, by a God who’s outside of time

On the Role of the Whole Gospel in Revival

I see the Jesus People Movement leaning toward emphasizing, almost exclusively, the spiritual. And in my neighborhood, in my community, on my side of town, there was Black theology that emphasized almost exclusively the social. There were these two diametrically opposed, in many cases, positions of supposedly the same kingdom. [There was] this idea that it’s an either/or. …

On the Role of Worship in Revival

Something happens when we worship together. The Jesus People knew that. The movement that we’re remembering this week is a movement marked by music — and not just music, but worship. …

What is it that Christians are proclaiming when we worship together? The great mystery of faith. Christ has died. We remember God’s faithfulness. Christ is risen. We experience his presence. Christ will come again. We foretaste the future.

Worship forms our memory, awakens our expectation and grounds our hope because Christ has died, Christ is risen and Christ will come again. The Jesus People were all about Jesus. And so were the early Christians. And so must we be today. To be the worshipers who are grounded in our hope and full of expectation, remembering God’s faithfulness, all we have to do is look at Jesus.

On the Role of Pain in Revival

We’re at an interesting time. There’s political and social unrest. There’s uncertainty. We’ve come out of a pandemic — or are coming out. Many of our churches have closed for the longest amount of time in our lifetime. We are experiencing all sorts of spiritual questions. And if we were honest with people, [we’re] staying in the routine and going through the motions, but not really feeling connected to the work we’re doing. I wondered — many movements started like this with this interesting backdrop of pain and difficulty. …

People are searching, longing for something and becoming increasingly frustrated with the establishment. We know we can’t do exactly what we have always done, but we have to do something. Where do we go from here? I don’t know if you can see this or not, but we’re primed for a move. There has been a recalibration of our hearts and we understand more fully what matters most. Being a part of something that God is doing is life-giving and refreshing. And I want to learn more about what he has done. That’s how he tells us more about what he will do. But I want to be open, as well, to what he’s doing now. And it’s quite possible to hold both — to celebrate, and say, “God, look at all the wonderful works that you have done, and I want you to do something like that now.”

On the Role of Justice in Revival

For people who are uncomfortable with the word “justice” — and I’ve found that to be the case over the years; a lot of people in the church are uncomfortable with that word. I’ve found a wonderful synonym if you don't like the word “justice.” And that is the word “love.” Because justice is simply loving our neighbor as ourselves. Justice is love in action for those who are oppressed. It is expressing love into our world.

Eddie Byun
Associate Professor of Christian Ministry at Biola’s Talbot School of Theology
Executive Producer of Save My Seoul and Author of Justice Awakening: How You and Your Church Can Help End Human Trafficking

On the Role of Cultural Relevance in Revival

I want to help churches be biblically faithful, culturally relevant, counterculture communities for the kingdom of God. … Those churches began to reflect the culture around them. Rather than leaving their cultural expression — the counter-culture community of the ’60s and the ’70s — the gospel itself was presented and shared, and gospel communities were formed that to some degrees reflected the cultural context in which the gospel was announced, and disciples were made. …

I wonder today, what things are obscuring the truth of the gospel? What things are outside of biblical teaching, but are so commonly understood and practiced in Christian churches that people [who] are trying to see and understand from very different eyes, say, “I don’t get it.” Clearly, to be a Christian — to some of the Jesus People in 1968 before they knew the Lord — was to go and be part of the establishment, and to clean up, and to cut your hair, and to change your clothes, and to wash more. And yet that’s not what the gospel is. … I just wonder 50 years later, how many people right now are looking in and the gospel is being obscured because of some of the ways evangelicals are now understood in the cultural milieu in which we find ourselves?

On the Role of Evangelism in Revival

Are you passionate about sharing your faith? Because I see some people that used to be passionate about Jesus that are far more passionate about politics now. And my response to them would be, “Return to your first love. Go back to what really matters.” That’s how we’re going to impact our culture and change this world around us.