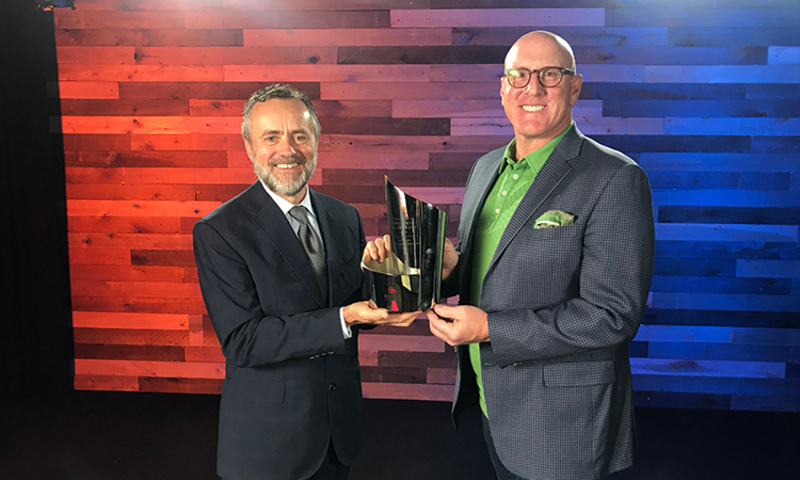 “Brother Andrew is known as ‘God’s Smuggler,’ a nickname well earned by his courageous lifestyle, which emerged from his conviction that everyone in the world should have the freedom to know Jesus, no matter where they live,” Corey said. “His bold ministry began in the mid 1950s during the height of the Cold War, carrying out secret missions smuggling Bibles into areas of Eastern Europe that were closed to the gospel and risky to enter as a Christian believer.”

Brother Andrew’s autobiography, God’s Smuggler, has been translated into 35 languages and has sold over 10 million copies. This book’s success led to the launch of his ministry, Open Doors USA, a global organization committed to supporting persecuted Christians. The organization provides Bibles, training, prayer and support for the persecuted church around the world.

For over 60 years, Brother Andrew delivered Bibles to areas of the globe where Christians are persecuted and have restricted access to the church and Christian literature. He has led efforts in countries such as Cuba and China, as well as conflict zones in Africa and Central America, including Nicaragua and El Salvador during their civil wars.

“This is an award that recognizes, clearly, his courage, his ministry over the decades, his love for the persecuted church,” Curry said. “I think it’s also a recognition of those people, like Brother Andrew, who are courageous in the face of great difficulty, who take the gospel to places that are inhospitable and even dangerous.”

The Colson Award was first established by Biola in 2014 in partnership with the family of the late Charles W. Colson, the founder of Prison Fellowship and the Colson Center for Christian Worldview. The award honors Colson’s legacy by recognizing individuals who exemplify a life of commitment to the unshakeable truths of a biblical worldview and a willingness to act on biblical convictions, however risky or challenging. Past recipients include civil rights leader John M. Perkins, humanitarian Maggie Gobran and disability rights advocate Joni Eareckson Tada, among others.