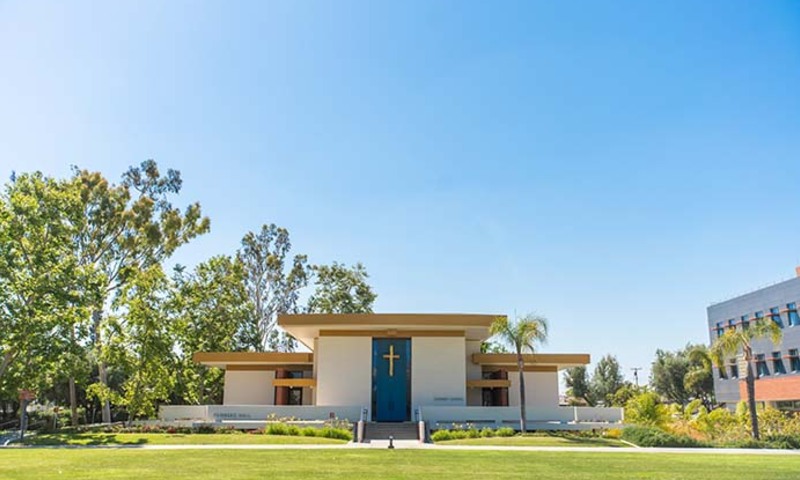 Biola University has again been named one of America’s top-tier national universities by U.S. News and World Report, earning special recognition in the publication’s Best Colleges 2022 rankings for such areas as nursing, first-year experiences and overall value.

The U.S. News rankings, released in September, are considered the most notable of the annual published college rankings. For more than 30 years, Biola has been included on U.S. News’ list of national universities, which now consists of 391 institutions that “offer a range of undergraduate majors, plus master’s and doctoral programs, and emphasize faculty research or award professional practice doctorates,” according to U.S. News. This year, Biola is ranked at No. 196 overall, and is one of only nine universities that are members of the Council for Christian Colleges & Universities (CCCU) to be ranked in the first tier. Biola is the top-ranked CCCU member school in this category.

In addition to the overall national universities category, U.S. News recognized Biola in several other special rankings within the category. Notably, the guide ranked Biola at No. 35 on its “First-Year Experiences” list for efforts to help freshmen feel connected and at No. 85 for “Best Value Schools,” a recognition of the university’s strong ratio of academic quality to price.

Biola was also named to the “Top Performers on Social Mobility” list (at No. 132) for the university’s strong outcomes for Pell Grant recipient students, and the “Best Colleges for Veterans” list (at No.145), a ranking of colleges that participate in federal initiatives helping veterans and active-duty service members pay for their degrees.

The university also appeared on a new list this year — the 2022 Undergraduate Nursing Programs list (at No. 251 out of 694 universities’ BSN programs) — based on nationwide surveys of deans and senior faculty members.

“We celebrate the hard work of our faculty and staff reflected in our ranking in the higher U.S. News & World Report tier for America’s national universities,” said President Barry H. Corey. “It’s encouraging to be recognized for the excellent education and thriving community Biola offers to students. Special recognition on several lists this year highlights and affirms our focus on Biola’s educational value, welcoming community, academic quality and committed service to veterans and nursing students.”

In addition to the U.S. News rankings, several other publications gave national recognition to Biola’s high academic quality. In August, the Princeton Review ranked Biola as a 2021 Best Regional College — one of 126 best colleges in the “Best in the West” category. In September, Forbes included Biola on its list of “America’s Top Colleges.” Washington Monthly recognized Biola in its rankings of “Best Bang for the Buck: West.” And Niche ranked Biola at No. 37 in the nation (and No. 4 in California) for Best College Dorms, based on student satisfaction, pricing and safety.

In addition to its ranking as a best national university by U.S. News and World Report, Biola also appeared on the following lists.