Ask the Expert: Do We Need to Recover a Healthy Sense of Shame? 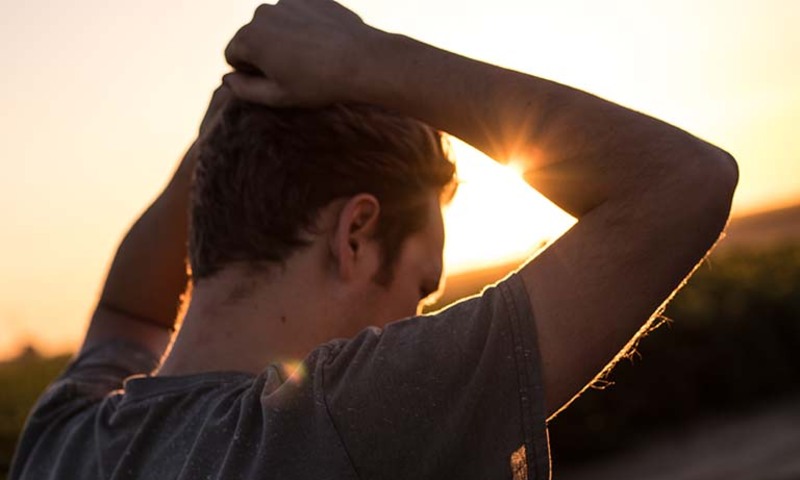 Shame is a toxic and unhealthy emotion — or so goes the conventional wisdom that has proliferated across popular books and TED Talks in recent years.

But is it always? In the push to liberate ourselves from feeling shame, has our culture become too shameless?

Biola philosophy professor Gregg Ten Elshof contends that we have, pointing to (among other trends) rampant immodesty, the crumbling of civil discourse, the celebration of disrespectful behavior and the increasing acceptance of self-promotion. In his new book, For Shame: Rediscovering the Virtues of a Maligned Emotion (Zondervan, August 2021), Ten Elshof argues that “the wholesale denigration of shame and the corresponding attempt to eradicate it is misguided” and aims to “articulate how shame contributes to a healthy moral and emotional experience.” Drawing from philosophy, psychology and Scripture, he offers a nuanced look at both the unhealthy and healthy roles that shame can play in our lives and communities — making careful distinctions between an appropriate sense of shame and harmful self-loathing. Biola Magazine recently caught up with him to discuss the book, which garnered a five-star review in the October 2021 issue of Christianity Today.

Shame is widely regarded today as a toxic, inherently destructive emotion. What made you want to come to shame’s defense?
A while ago, I got interested in classical Chinese wisdom traditions — especially Confucianism. I found in the Confucian tradition some helpful sources of correction for followers of Jesus who had steeped exclusively in post-Enlightenment Western wisdom. And, as nearly everyone knows, the Confucian tradition is a shame/honor tradition. For the Confucian, both shame and honor have important work to do in the formation of healthy communities. What it took me a little longer to recognize is that shame and honor are important players in the Western canon as well. So, when all of the anti-shame literature started rolling out, I wondered what the anti-shame authors were seeing — what had they discovered that the great wisdom traditions (East and West) throughout human history had missed? If shame is inherently toxic, how is it that we’re just now discovering that?

What is shame? How do you define it?
It’s a common (and, I think, helpful) practice to define shame by comparing/ contrasting it with guilt. The word “guilt” names both an objective condition — the state of having behaved in such a way as to violate a standard — and a subjective feeling — the negative emotion you experience when you think you’ve violated a standard you care about. You can be guilty of violating a standard without feeling guilt. And you can feel guilt even if you’re not guilty. The opposite of guilt is innocence.

Shame has that same structure. The word “shame” names both an objective condition — the state you’re in if you’ve been socially discredited in a community — and a subjective feeling — the negative emotion you experience when you think or imagine yourself to be socially discredited in a community that you care about. You can be shamed without feeling shame. And you can feel shame even when you’ve not been shamed. The opposite of shame is honor.

What are some of the ways we tend to misunderstand or — to quote the subtitle of your book — malign shame?
By far, the most common way to misunderstand or malign shame is to confuse the subjective experience of shame with neighboring experiences like low self-esteem, self-loathing and felt-worthlessness. It’s an easy mistake to make because felt shame is very often a cause of these other experiences. It’s hard not to perceive yourself in the way that you think others are perceiving you. So when you feel yourself diminished in the eyes of communities you care about, it’s hard not to be diminished in your own eyes — hard not to fall into low self-esteem, etc. And if you conflate shame and low self-esteem, then it will be an obvious truth that shame (thus understood) is toxic. We’ve known for a long time that low self-esteem is toxic. If you’ve been led to believe that shame is toxic, it’s probably because you’ve been taught to confuse it with low self-esteem, self-loathing or felt-worthlessness.

You make a powerful observation in the book that our culture is “extremely suspicious of shame but widely accepting of shaming.” We’ve seen a huge rise of public shaming — or cancel culture — on social media. How should Christians think about the practice of shaming?
Social media has given the activity of shaming a power boost. With a few typed characters, a person can be utterly discredited — not just in their particular community but around the globe. Shaming has more power now than it has ever had in human history. And it hasn’t taken long for people (in every location on the political spectrum) to recognize and take advantage of shame’s newly acquired power. … People have agendas — some of them laudable, some of them unthinkable. And folks don’t want to be shamed. I doubt that any amount of anti-shame literature will successfully root out the human desire not to be shamed in communities that matter to them. So when shame gets a power-boost from the rise of social media, you can expect people to deploy this newly overpowered emotional weapon to further their agenda.

How should Christians feel about all of this? We should be deeply suspicious of shaming as a tool for furthering our agendas. The simplest reason to be suspicious of shaming is that it is rarely done as an act of love for the one shamed. At the center of the way is the exhortation to love our enemies. And it’s very difficult to love someone by destroying their reputation in the eyes of the communities that matter most to them.

As Christians, how can thinking rightly about shame lead us to a deeper understanding and appreciation of the gospel?
In many ways, I don’t feel qualified to answer this question. My hope is that the number of theologians will increase who wish to think through the theological implications of a clear-eyed understanding of shame. I have come to think, though, that the rescue that comes to us through the birth, life, teaching, death and resurrection of Christ has as much to do with our shame as it does with our guilt. Once you’re looking for it, shame is all over the pages of Scripture. This shouldn’t be surprising since, best I can tell, every single word of the Scriptures was authored in a cultural setting that emphasized shame and honor. But I somehow caught, and spent most of my life with, an understanding of the gospel that was all about guilt and forgiveness and was nearly silent on the subject of shame and honor.

Now, when I read stories like the parable of the prodigal son, they do not come to me primarily as pictures of divine forgiveness graciously bestowed on the guilty human race. They come to me as pictures of divine honor graciously bestowed on a human race that has fallen into a hopelessly shameful condition. And that’s a very different dynamic. I’m excited to think more about what it means to be a minister of the gospel if the gospel is as much about restoring honor to those who have fallen into shame as it is about extending forgiveness to those who are guilty.

How can thinking rightly about shame help us to better love the people in our churches and communities who may be experiencing shame?
People (in the church and otherwise) often fall into shame for reasons that have nothing to do with anything they’ve done. Victims of abuse and folks with noticeable physical impairments are among the most obvious examples. Folks in these categories are often downgraded in our communities — they are (often implicitly) considered persons of lesser consequence because of the condition they’re in. Too often, they are actively shamed.

And they feel the sting of it. They feel shame because they have been shamed. Their feelings are, as it were, getting it right in just the way that someone who feels betrayed because they have been betrayed has feelings that are getting it right. In the case of shame, though, we too often jump to the conclusion that the feeling is the thing that is unhealthy — the thing that ought to change.

But a clear-eyed view of shame can help us to appreciate the fact that the feeling of shame isn’t an unhealthy, toxic feature of this situation. It’s simply the alert that something’s wrong. The problem is that folks in our communities are downgraded for being victims and for having impairments. That’s deplorable. And we fail to love people well when we address the situation in such a way as to suggest that the pain they’re experiencing is the problem — the thing to be fixed or changed.

Gregg Ten Elshof (M.A. ’96) is professor of philosophy at Biola. He has a Ph.D. in philosophy from the University of Southern California. In addition to his newly released book, For Shame: Rediscovering the Virtues of a Maligned Emotion, he is the author of I Told Me So: The Role of Self-Deception in Christian Living and Confucius for Christians: What an Ancient Chinese Worldview Can Teach Us About Life in Christ.