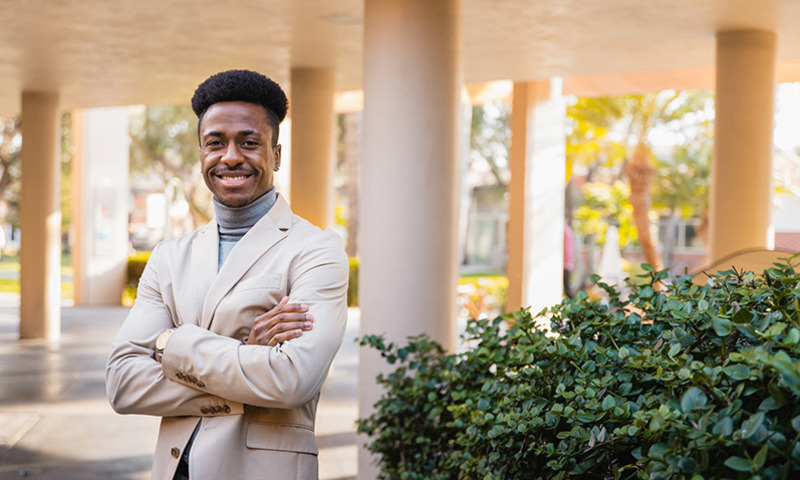 Growing up in Liberia, Handson Lake never thought college would be possible.

“Liberia is a country where the reality of getting three meals a day ... or getting clean water to drink, or even having the slightest assurance of a good and healthy life is a thing that is peculiar and scarce,” Lake said.

At the end of 2007, he came to the United States as a 12-year-old with a limited education, not knowing how to properly speak, read or write. He eventually graduated high school with a 1.9 GPA.

Today, against all odds, Lake is a first-generation student in Biola’s Torrey Honors Institute.

“I’ve been thinking about my country,” Lake said. “One of the questions I’ve been asking myself is, ‘How do you create a stable society?’ A society that is deprived of everything right now — when we’re talking about health care, education, wealth or just the health of the population. How do you bring a society out of that hole?”

Because of this question and a desire to be equipped for whatever God may be calling him to, Lake recently changed his major to political science and began considering why God is placing his native country in his heart after having thoughts of never wanting to go back.

After high school, Lake took on various jobs in search of financial success. But his life goals changed after he became a Christian and got involved with a church community. Through the support of his pastor and the generosity of other church members, he was able to start his college journey at a community college in Washington. After one quarter, he noticed a stark improvement in his grades, and before he transferred to Biola, he had a 3.92 GPA.

“It’s hard for one to see clarity within the future,” Lake said, as he reflected on his journey to Biola. “But when a person sits back and reflects on their past life, they see a miraculous work of God. And that’s what’s been going on with me.”