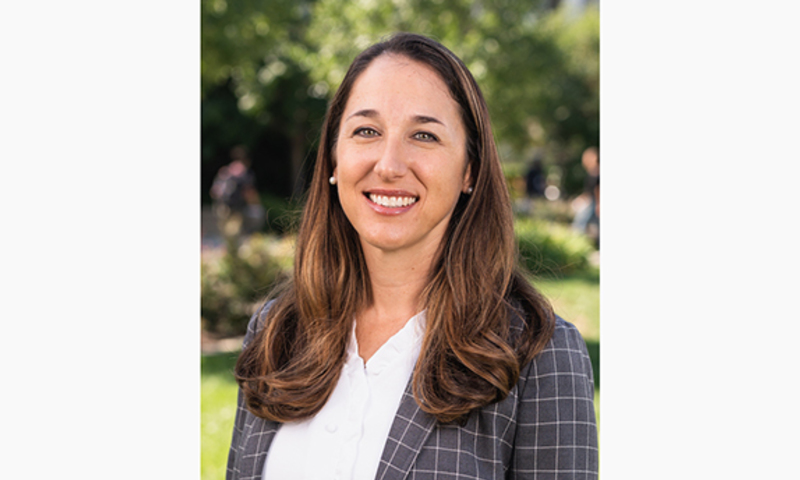 Bethany Miller has always been a competitor. Ever since her elementary school days at recess, if there was a basketball game and someone to play against, she was in — even if she was the only girl on the court.

“I’ve loved all sports,” Miller said, who not only played basketball in high school, but also played club soccer, volleyball and softball. “Basketball has always been one of my favorites.”

Today, Miller brings her drive for excellence to her role as the university’s senior director of athletics, where she provides leadership over all of Biola’s men’s and women’s athletics programs. Since accepting the role as the university’s first full-time athletic director a few years ago, she’s played a vital role in Biola’s transition to the NCAA Division II, where less than 20% of athletic directors are women.

Biola has been lauded for its transition to the NCAA, and in large part because of Miller’s leadership. Colleagues and partners in the process have described Miller as a gracious team player. They say she’s conscientious, dedicated and attentive to detail. Gary Pine, the director of athletics at Azusa Pacific University, said Miller advocates and defends Biola’s interests, and is an up-and-comer in DII administration.

“She has tremendous drive and tenacity, understands people and demonstrates great humility,” Vaughan said. “These characteristics, which management leader and author Patrick Lencioni suggests are found in the ‘ideal team player,’ were essential for the person who would lead Biola through the NCAA membership process.”

Miller first came to Biola in 1999 as a student with an interest in the women’s basketball program. After trying out at various colleges, she walked onto Biola’s women’s team and played all four years between 1999 and 2003. She was team captain her junior and senior year, and ranks in the top 20 all-time at Biola in games started, minutes played and assists. After serving as an assistant coach for a few years, she was invited to be head coach of the women’s basketball team and served in that role for four years.

Yet even with a doctorate and a demanding job, she is tireless in becoming better in everything she does, so in an effort to be a better coach to her student-athletes, she started taking classes from Biola’s Institute for Spiritual Formation.

“I wanted to be the very best coach I could possibly be,” said Miller, who is gradually going through the master’s program in spiritual formation and soul care. “Having conversations with student-athletes who had come to me and were walking through something difficult — whether it be their faith or a life circumstance — I wanted to be able to hear them, to listen well and to help open them to what God was doing in their lives and calling them to.”